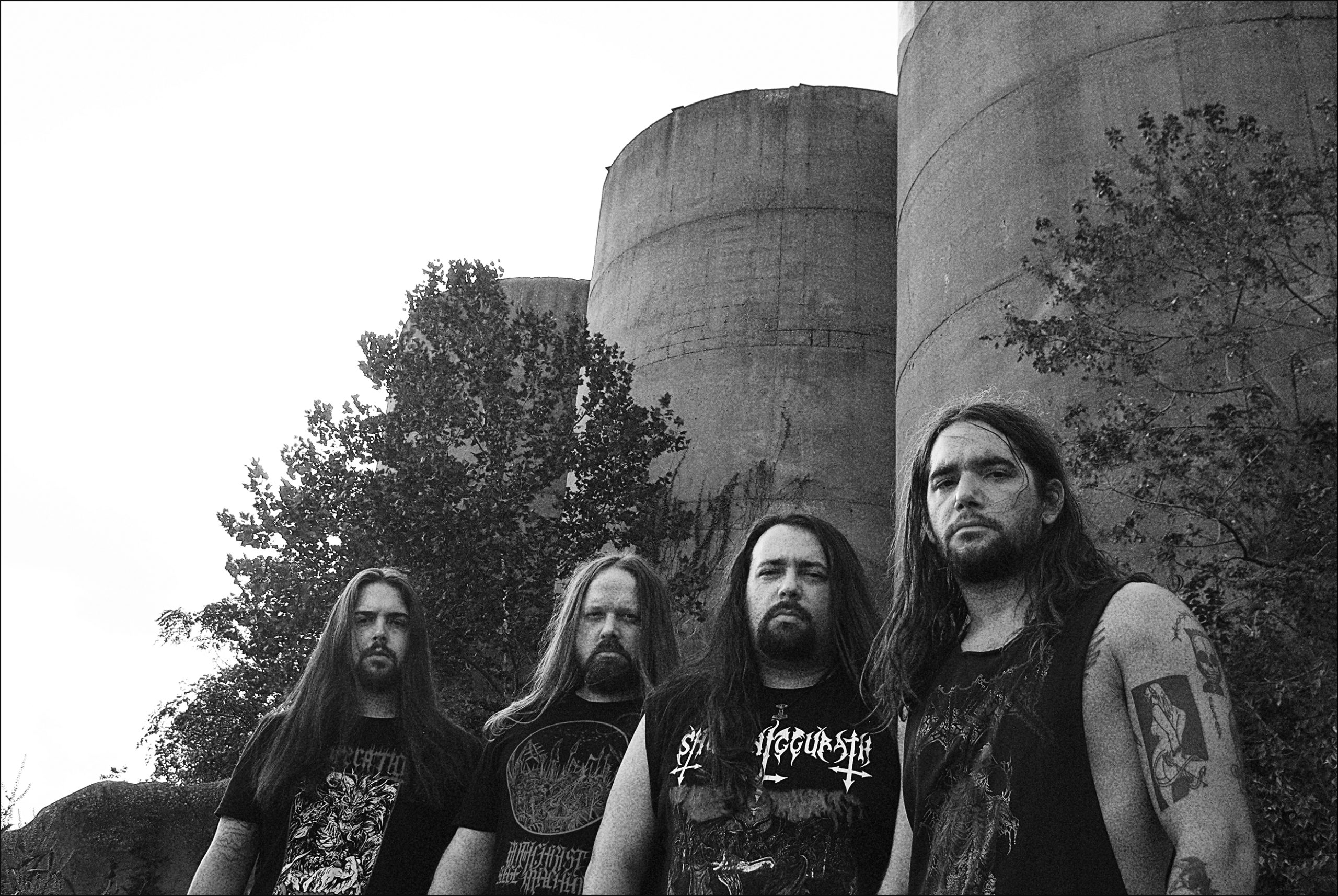 It's been some time since death metal felt Church of Disgust's full force. The Texas-based quartet released Venerations of Filth back in 2016 as well as a split with Cemetery Filth in 2018. The reissue of their 2016 full-length got picked up by deathly curators, Maggot Stomp. The symbiosis between label and band has subsequently garnered a lot of excitement for their impending return. Both entities have seen increased exposure recently. The band's return comes this month in the form of a new EP called Consumed by Slow Putrefaction.

The band released a statement to follow the announcement of this new EP stating, "Church of Disgust re-emerges from the swamp with “Consumed by Slow Putrefaction,” the uncompromising follow-up to 2016’s “Veneration of Filth.” This new 3-song EP is strictly no-frills, no gimmicks death metal from the American South. The title track is a frantic crusher inspired by the mythos created by horror writer Brian Keene and a particularly sickening torture method employed by the Etruscan King Mezentius." 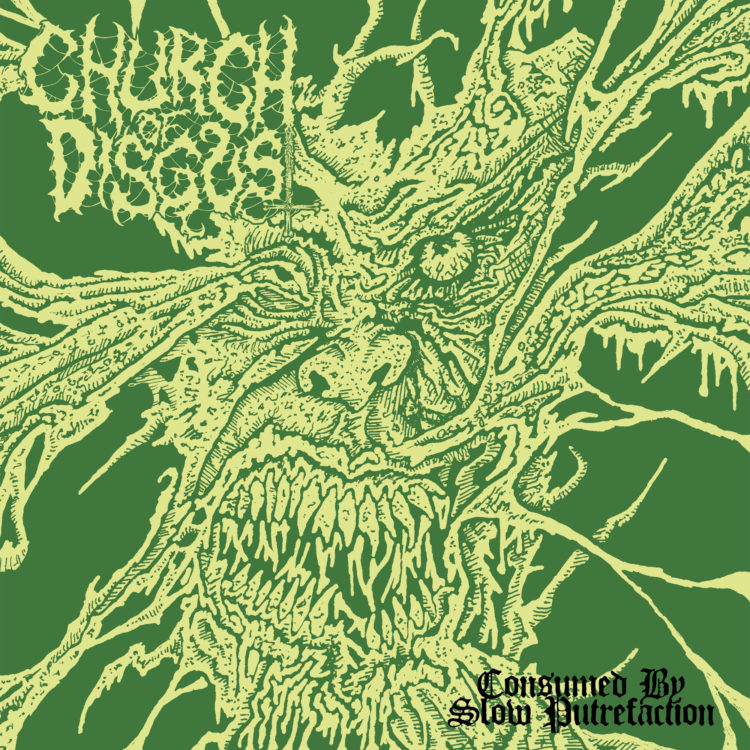 Keene is an award-winning horror novelist who has written numerous book series and other titles. King Mezentius, meanwhile, was notorious for a particularly savage brand of torture. He would routinely tie dead bodies to the living—hand to hand, face to face—to bring about a slow death who liquefied themselves into pus and rot. It's a rather horrific and twisted blend, but it certainly fits the bill for Church of Disgust's new track and EP.