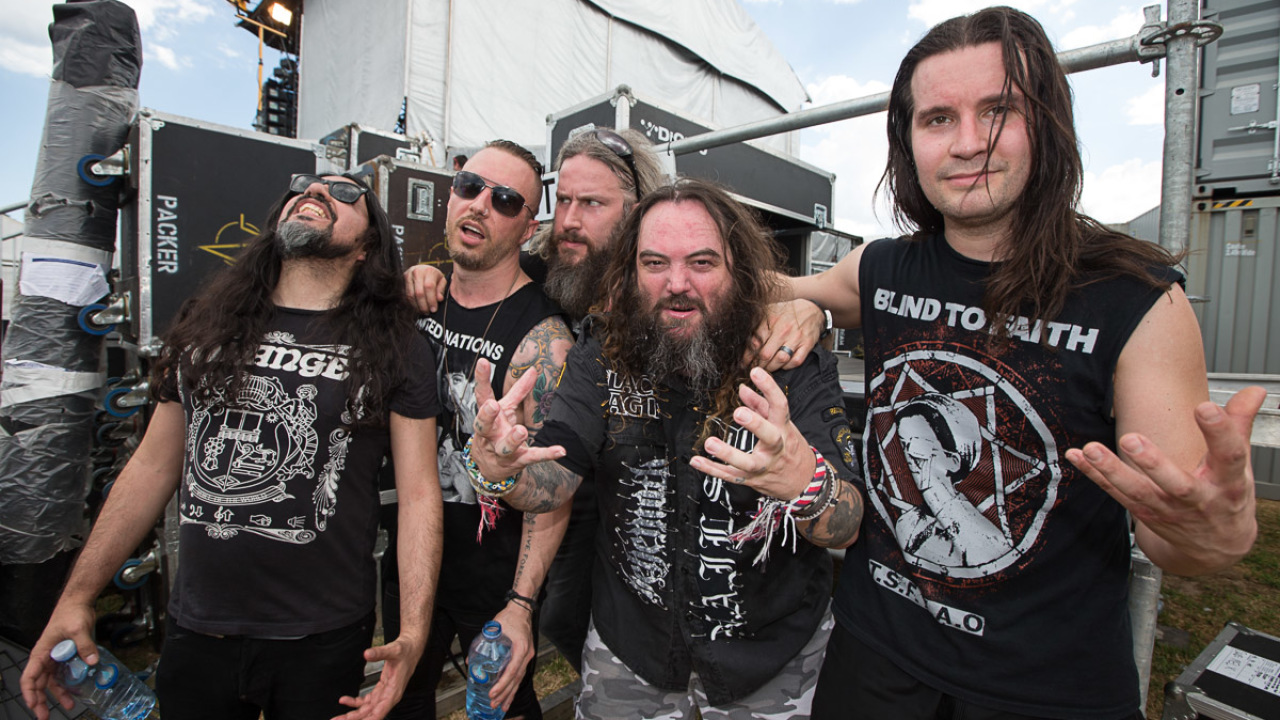 Killer Be Killed is back after six years with a brand new album called Reluctant Hero due out November 20. You can stream the band's extremely heavy new song "Deconstructing Self Destruction" right now, which was absolutely worth the wait.

Pre-orders for the album are available here.

Killer Be Killed is currently vocalists and guitarists Greg Puciato (The Black Queen, ex-The Dillinger Escape Plan) and Max Cavalera (Cavalera Conspiracy, Soulfly), bassist and vocalist Troy Sanders (Mastodon, Gone is Gone), and drummer Ben Koller (Converge, Mutoid Man, All Pigs Must Die). This lineup also played on the band’s 2014 self-titled album, though Koller had not yet joined the band and Dave Elitch was still the drummer.

In this article: Killer Be Killed