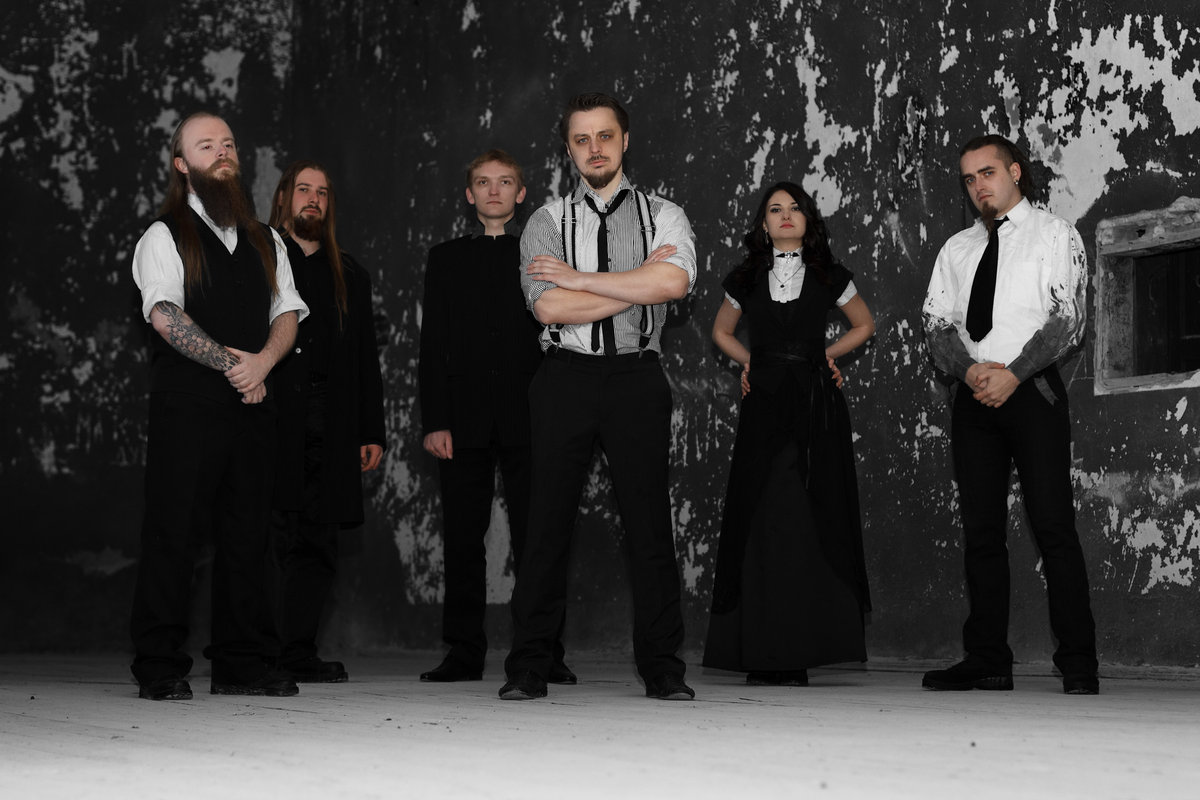 Gloomy greetings and solemn salutations to you and yours! The weekend is nigh. That means Funeral Doom Friday is here to siphon your hope and crush your dreams. Today, our weekly delve into the cryptic depths has disinterred something truly special. Woe Unto Me are eulogizing listeners with a brand new track!

“Spiral-Shaped Hopewreck” is the title track to Woe Unto Me’s new EP. Prepare yourself for a melody that spreads like a contagion. The clean vocals surge like grey tidal waters in a blustering ocean squall. Just after the 4:30 mark, a moody and melancholic solo carries the listener forward to the song’s climax. It culminates in a furor of double-kick drumming, awash in poignant, emotive riffing.

Woe Unto Me vocalist Igor Kovalev elaborated on the song’s meaning: “The lyrical image of ‘Spiral-Shaped Hopewreck’ was inspired by the most eminent art by Ivan Aivazovsky The Ninth Wave. I thought about the unbridled and powerful forces of nature in comparison with the vain ambitions of a human-being. These forces can break all the attempts and hide the desperation and madness of the protagonist like it was in Shakespeare's King Lear. So, the song talks about the protagonist's escape from himself, his inner tempest. He desperately stands against the wild and mighty waves of The Ninth Wave in his tiny and fragile boat of life. But in the end this raging storm crushes his hope and these waters devour him.”

Guitarist Artyom Serdyuk said that Woe Unto Me have been performing “Spiral-Shaped Hopewreck” in live sets since 2019. He recalled, “By the summer of 2019 the whole new album was composed and we were working under the final arrangements and pre-production before booking the studio. ‘Spiral-Shaped Hopewreck’ was one of the first songs we have finished and we've even presented the live version of it on summer festivals in 2019, like Brutal Assault in Czech Republic and Hard Rock Laager in Estonia.”

The Spiral-Shaped Hopewreck EP also sees Woe Unto Me covering “Sad And Slow,” by Klone and “Lethargica,” by Meshuggah. “We always wanted to do some interesting cover versions,” Serdyuk explained, “something not too obvious and classical for a doom metal band…We also wanted to do something unusual for a doom metal band, something that nobody would expect us to cover. A non-doom metal song and make it a bit slower and doomier. So Meshuggah was a great choice.”

Sardyuk confirmed that Woe Unto Me have an entire album recorded, and it is currently awaiting mixing. Right now the band’s focus is the EP, but he anticipated that the new album will see light in 2021.  “It seems to me that the songs are versatile, some of them are slower, some more groovy and dynamic, some are more melodic and some proggy. I think we explored a lot of musical space in this album and it feels like this is going to be definitely the strongest album we've made.”

Thanks to Artyom, Igor, and the rest of Woe Unto Me for their time. Get Woe Unto Me’s new EP Spiral-Shaped Hopewreck, or follow them on social, below!

In this article: woe unto me