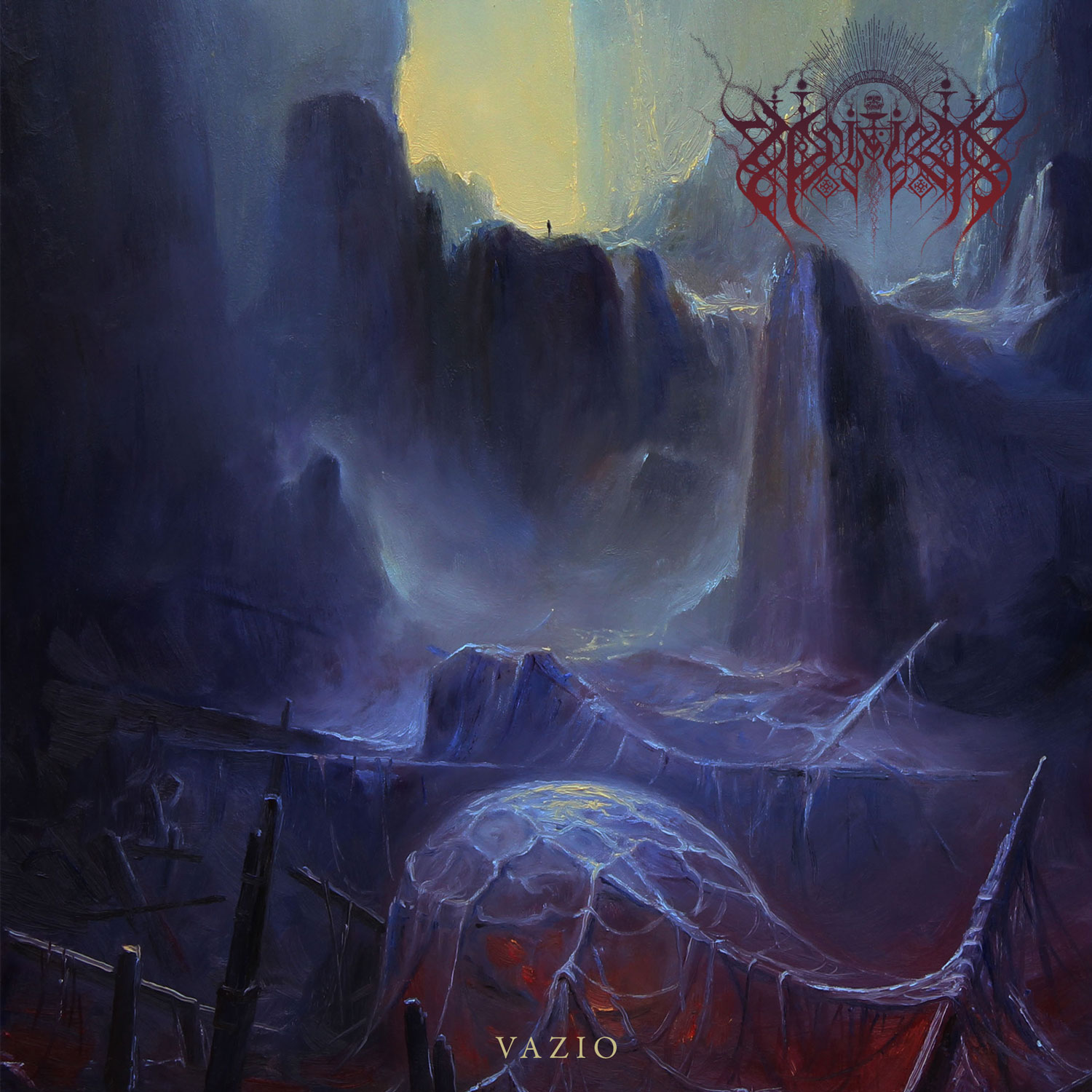 The end of another week is upon us. And that means it’s time to ring in the weekend with the gloomiest, doomiest music available. Welcome, doomers, to another edition of Funeral Doom Friday! This week we’re exploring the upcoming debut of Sepulcros! In addition we’re disinterring albums from Bacterium and Eurynome, both released in late 2020.

Vazio, which means “empty” in English, is the name of the debut album from Sepulcros. It’s exceptional, pulverizing deathly doom from Portugal. Thematically, the album may intend to represent the vacancy and absurdity of modern existence. But musically, Sepulcros are anything but empty. Their sound is a desperate, oppressive roar against the indifferent cosmos. Vocal, vicious anguish decries the void, hurling screams of protest into it. You’ll find that Sepulcros execute blackened blast beats with resounding angst while also crafting slow passages bound up with sorrow. Watch the music video for the track “Hecatombe” below, and look for Vazio on March 12, 2021 on Transcending Obscurity.

Hailing from Ireland, Bacterium present a raw, abrasive strain of funeral doom. Released on Christmas Eve, it would’ve made an apt Christmas present. That is, if your idea of a Christmas present is shanks of rusted metal. Bacterium’s 1st album is entitled Sunt Lacrymae Rerum, and may reference a phrase in Virgil’s epic Aeneid. In English, the phrase seems to mean something like, “the tears of things.” If Bacterium did shed tears when recording this, then their tears are made of acid and bile. Ghoulish, creepy effects abound, giving one visions of slimy monstrosities emerging from a putrid sewer. Making no attempts to shirk their influences, the band created something, “In honor of THERGOTHON, SKEPTICISM, MY DYING BRIDE, BURZUM.” Most evident is the Skepticism influence, showcased in the percussion and organ. Get in on this band if you’re seeking something truly grotesque.

If funeral doom had existed at the time of Jack The Ripper, it would’ve sounded like Eurynome’s album Obsequies. Picture Jack there, stalking the cobblestone streets of London. Leering in the shadows outside of brothels and pubs. Lurking like a wraith, ready to devour lone street urchins. On Bandcamp the band said, “Eurynome is a Funeral Doom Metal duo playing distorted bass tuned at 436 Hz.” While the production is vivid and clean, the distorted bass sounds rustic and antiquated. Obsequies is an album that haunts the listener even after listening. It’s a cold, wispy darkness that floods the ear with a gentle despair. A true diadem of depression.