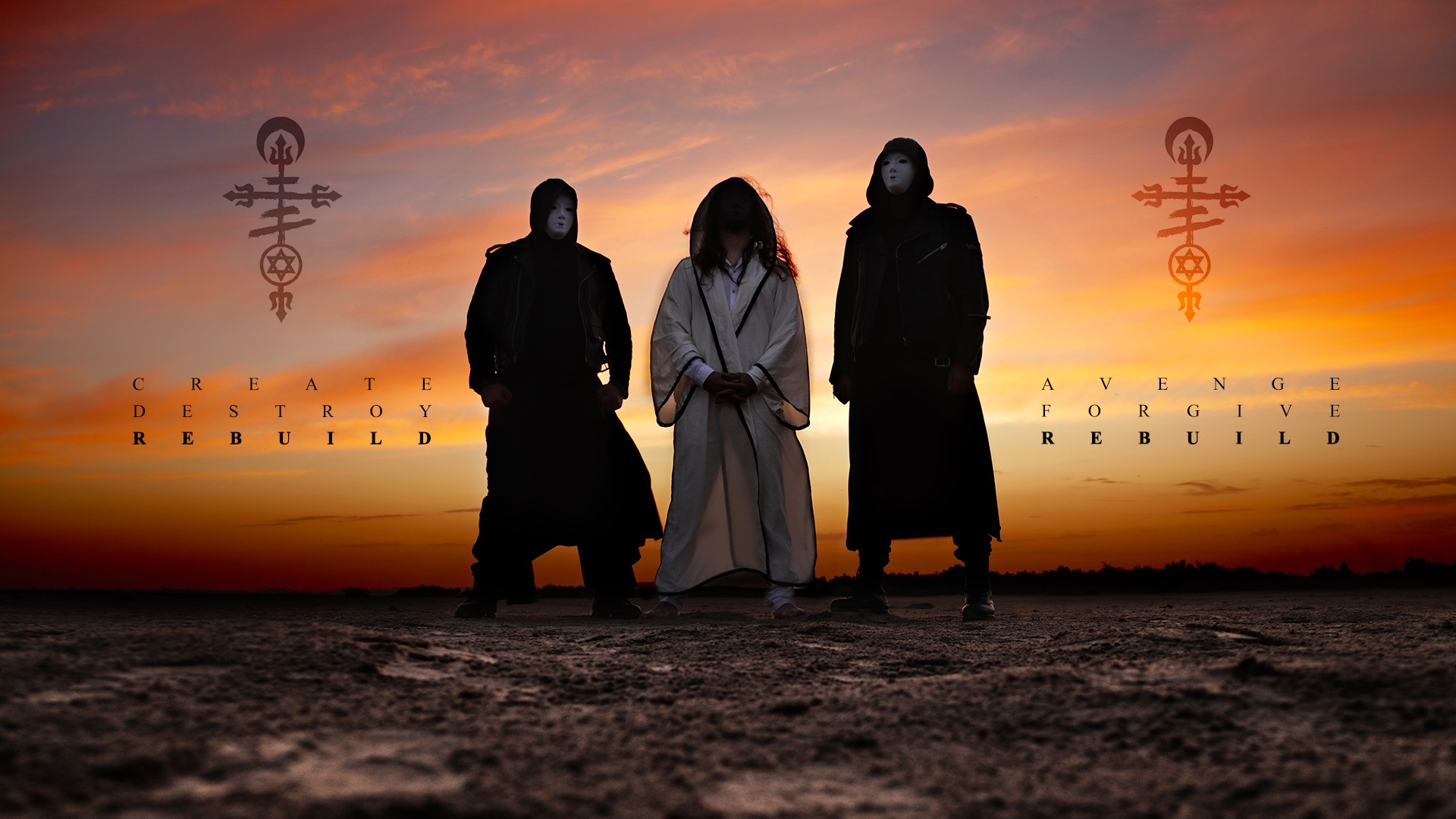 Welcome to Funeral Doom Friday, fellow doomers! Today is release day for one of the first mammoth albums of 2021. Omination’s second album NGR is out today on Hypnotic Dirge records. Omination overlord Fedor Kovalevsky began the project in 2015. Intending to write new material for his progressive death metal band Vielikan, Kovalevsky found that the material was, “‘funeralishly’ slow and much more depressing than I usually create.”

He explained: “With no doubt, the reason I had this deviation was that during that period of time I was in a very bad place. I've submitted to strong addictions and slowly started to isolate myself from everything. Things went worse in 2016 after some unpleasant things that have happened in my life which I was not prepared at all. From that point, I got the revelation to create something completely new…”

The single, “…Whose Name Is Worthlessness,” preceded the band’s first album Followers of the Apocalypse (2018). Kovalevsky unleashed the title track to the band’s latest opus (“The New Golgotha Repvbliq”) in early 2019. Inspired by the outbreak of the coronavirus, Kovalevsky noted, “it made me stop working on NGR and pushed me to release in May 2020 the 26 minute ‘EP song’ ‘The Pale Horseman’, which is an entire song praising this crisis.”

NGR carries with it a motif of urgency for change. The music works like a warning. As though from an oracle or prophet, who had traveled to a crippled, destitute future. Upon seeing what would come to pass, the prophet wrote NGR as an attempt to alter this dismal future. Kovalevsky elaborated:

“What I observe is that many people are entering into an era which condemns some dark chapters of history and is ‘throwing the baby out of the bathwater.’ There is an apocalyptic consequence. We are destroying everything. We are living in a world with no borders. Everyone is a citizen of the world. Every culture is losing their identity because roughly speaking, there are no individual sacrifices. I feel that we all have lost the responsibility, as a group or society, to sacrifice ourselves individually which ultimately will bring Humankind to a global collapse.”

Omination’s sound invokes the image of a stone cathedral, its towering spires casting a shadow over a world entrenched in fiery chaos. Its stained-glass windows depict weeping, wounded saints from ancient days. Choral Gregorian chants moan Latin utterances against unholy terror. Kovalevsky writes this music from the darkness, and redemption, within his own soul. After a terrifying struggle with addiction, his mother passed away. Her departure affected a reveille for him. “The most important matter that helped me leave the bad place I put myself in was the death of my mother, “ Kovalevsky said. “It was the nuclear nuke that has destroyed everything in my life but it was also a revelation.”

Eschatological themes even inform which songs Omination covers. The band previously covered “Maybe” by The Ink Spots. Kovalevsky related that the song appeared in an introductory scene in the video game Fallout. “There have been many hidden and not so hidden references to the Fallout franchise in Omination,” said Kovalevsky. NGR finds Omination reaching deep into funeral doom lore with a cover of Skepticism’s “Nothing,” the final track on the latter’s  Farmakon (2003). Kovalevsky opted to record the cover because it was the track that made him fall in love with funeral doom.

Historically, cultures would use a “diatribe” as a written or verbal attack against someone or something. If a culture veered too far from its origin and source, a prophet or sage might use the diatribe to inspire his fellows to rediscover their eschewed purpose. Omination’s music might function in the same way. But Kovalevsky doesn’t intend on proselytizing. He said, “Omination is not praising or insulting any of the Abrahamic religions. I consider that the biblical references included in this music are tools to reinforce the apocalyptic/post-apocalyptic atmosphere I am creating with Omination…My main purpose is not to spread a message, but spread feelings."