It’s the weekend! What better way to get it started than with the latest installment of “Funeral Doom Friday”. This weekly column looks to shed some light onto some of the darkest, most depressing, and discordant metal out there. Funeral Doom stems from the deepest depths of death-doom and dirge music. Each week, the goal is to highlight some of the newest music or rediscover classic works from some of the earliest bands and originators such as Australia’s Mournful Congregation, United States’s Evoken, UK’s Esoteric and the Finnish Thergothon. Feel free to share your opinions and suggestions in the comments!

The ever-burgeoning anticipation for the initial Migration Fest continues to build. A specially curated lineup by the brilliant people at 20 Buck Spin and Gilead Media will see 24 bands descend upon the Capital Theater in Olympia, Washington this August. The festival is wildly diverse, highlighting the talent of all sizes in genres including Black and Death Metal, Dark Punk, and Funeral Doom. Bands like pioneers, Mournful Congregation, and relative newcomers, Fórn, are a couple representatives of Funeral Doom and are certainly well known at this point and also have been featured in this column in the past. This week looks at another Funeral Doom band that will appear at Migration Fest, Oregon's Hell, one of the darkest and most abject funerary entities to (dis)grace the planet.

Hell exists as one man's vision of sonic terror. M.S.W., as he is known by, has been crafting the fearful Doom and Drone that haunts the unfortunate souls of the Underworld for roughly a decade. Much of Hell's discography contains splits with bands but embedded within it lies a trilogy of full-length albums titled Hell I, Hell II, and Hell III. The trilogy started in the spring of 2009. Part one was a six-song endeavor that blazed a trail for what would become a truly haunting trilogy of albums. It featured a couple of other artists who aided in the creation of particular songs. A.L.N., the sole member of Mizmor (another band to be featured at Migration Fest), and T.A.S. contribute both in the studio and in live performances to varying capacities. The guitars in Hell I survive in the lowest of ends as Satan did in Dante's Inferno. The track "Brutus" demonstrates Hell's breadth as M.S.W. flows between Sunn-like Drone and Black Sabbath Doom before moving into songs "Infernus", "Tyrano", and "Deflagratio", all daunting displays of Sludge-riddled Funeral Doom. Hell I wraps up with the 15 and a half-minute ambient "Maeror" that peaks and valleys with momentary eruptions of instrumentation.

Hell II emerged towards the end of 201o. The album took on a bit of a different structure, fitting together four songs that average roughly 14 minutes each. Hell II's longest being the 20-minute opener, "Gog". Also noticeably different between Hell I and Hell II is the exploitation of other extreme subgenres in Hell's viscous Funeral Doom solvent. Hell II adds bleak dashes of Black Metal. This appears in the forms of up-tempo tremolo guitar patterns, fuzzy dissonance, and sometimes ghastly screeches of M.S.W. This new Black Metal inclusion added to M.S.W.'s already towering Drone influence and created a mutated, malevolent figure. "Umbilicus" against the other tracks embodies this notion. Songs "Metnal" and "Trucid" see Hell unfurl blackened Noise that is reminiscent of Merzbow's demented style.

Hell's trilogy closes on 2012's Hell III, a two-track offering of two funereal terrors that are between 18 and 19 minutes long. Opener, "Mourn" begins with a melancholic guitar segment for the first five minutes before erupting into Black Metal rhythm and a deathly howl that eventually levels out into a trudging dirge of Funeral Doom for the remaining half of the song. Hell III's B-side is the song, "Decedere". Like "Mourn", it too opens on a string of solemn and ambient guitar melodies. Where the two tracks differ is at the points where preludes evolve. Where "Mourn" comes to an immediate head, "Decedere" is a slow, elegant billow complete with near-operatic female vocals added to layers of Doom and dissonance that engulfs one in a fiery orchestration.

The self-titled trilogy of Hell is massively diverse. M.S.W.'s arrangements are unique from album to album while maintaining a common thread of ghoulish Doom and Drone throughout. It puts a menacing twist on the Funeral Doom genre. The imagery and aura that Hell exudes is a night terror, animating a fear of an afterlife in Hell. The album artwork, dripping in red, suggests the listener is already swallowed by the Underworld. The music certainly agrees with this idea. Hell I, Hell II, and Hell III each survive as their own individual drudes praying on the souls of their listeners. It is a demented and diabolical listening experience worth turning out all of the lights and succumbing to the trepidation for an hour or so.

In this article: hell 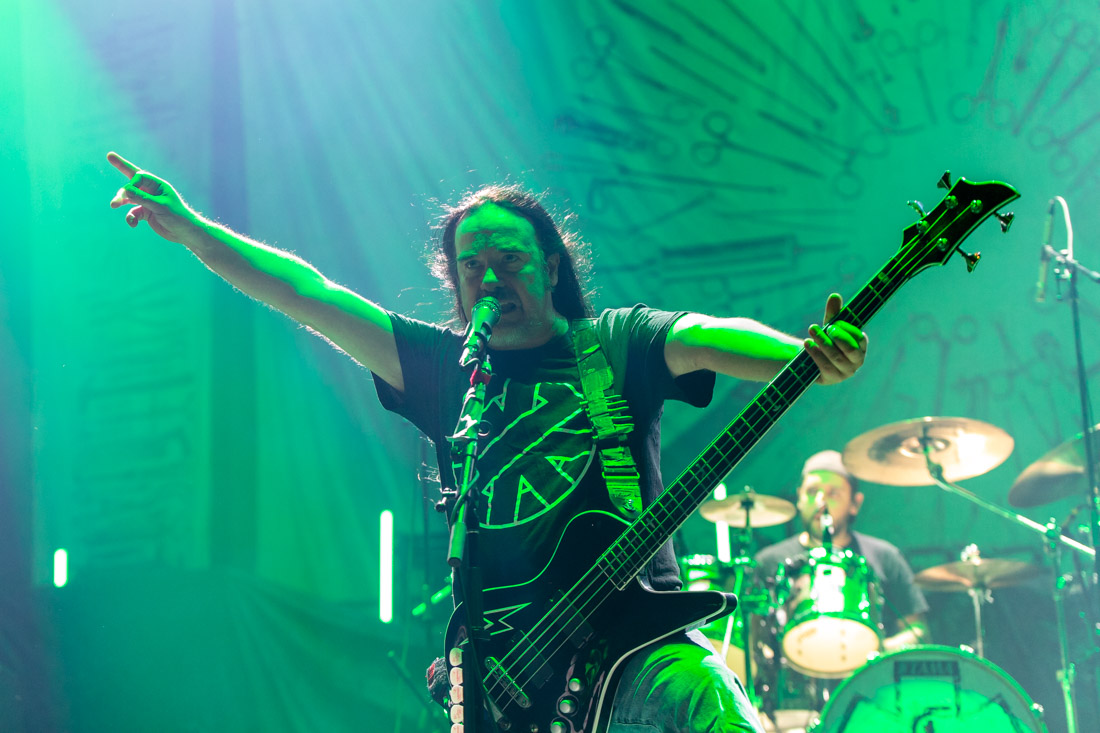 "M.S.W. has easily written some of the best doom/sludge songs of the last 5 years and we’re excited to be able to share a...