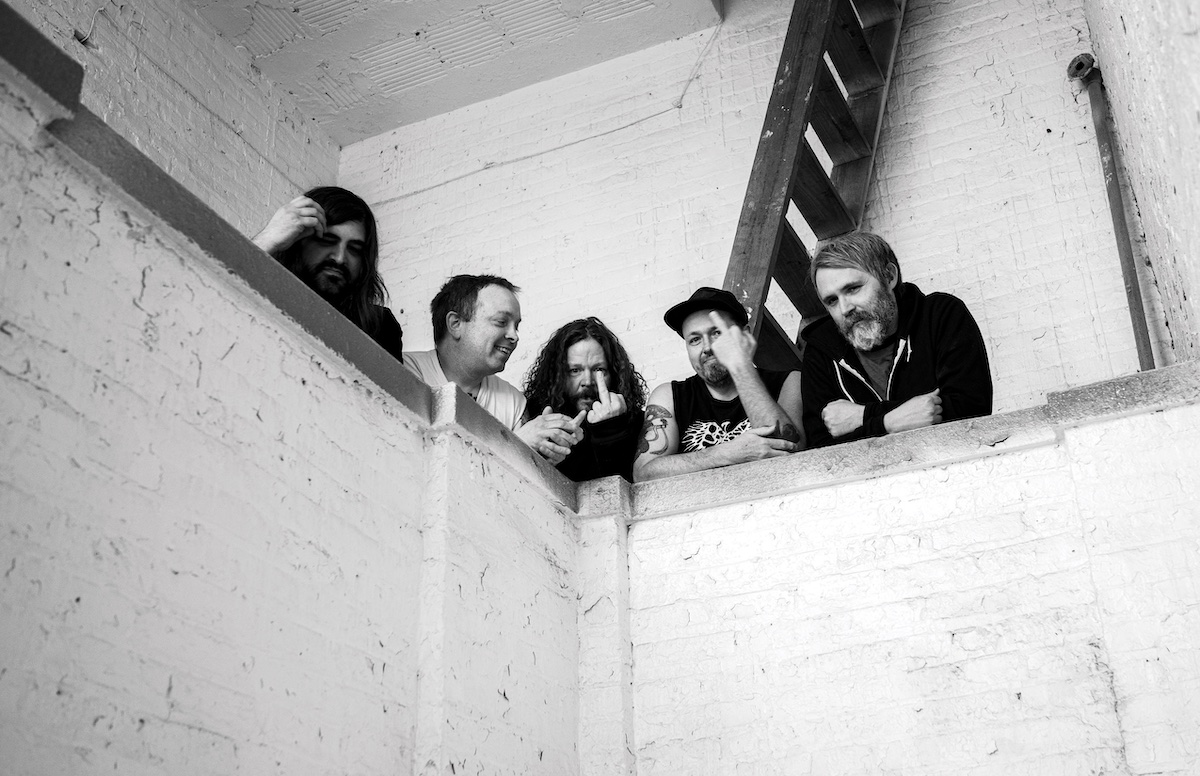 Ready For Death isn't so much a band name as it is a prerequisite before listening, because they're going to grind you into dust. We're stoked to stream the band's brand new self-titled album in full, which is out this Friday and is available for pre-order here.

"As if this band appeared out of thin air. It started with Artie meeting via our wives and kids then hanging out more during the pandemic," said guitarist Dallas Thomas. "One day in summer 2021 he came over and laid down some vocals on riffs I had stockpiled on my computer just for shits. After listening back we felt it was too good to just sit on a hard drive. Initially discouraged by the daunting task of finding band members and a place to practice… my old friend Dan from Racetraitor came to mind and we sent him the songs we were working on. He was instantly down.

"Consequently, Dan had a practice space with a PA and soon after meeting with him he recommended we call Shawn and Luca for drum and bass duties. Before we knew it we had a full band, a place to consistently play and a bunch of riffs to go through. Then one day sitting in my room, my daughter who was five years old at the time bursts in through the door with a toy sword and yells, 'READY FOR DEATH!' I was like 'that sounds like a band name!' I ran it by the rest of the dudes, they were all down and the circle was complete… We had a fucking band!!!

"As the pandemic dragged on we started demo songs at the practice space and in my basement since everything kept getting canceled or shut down. In early 2022, Once we had enough songs recorded we started sending it out to promoters and labels. Luca cold emailed the demo to Translation Loss Records and they immediately responded that they wanted to work with us and release the demo as is… Here we are around one year of being a complete band and have a record coming that we are all super proud of and some killer shows on the horizon.

"It is a liberating and great feeling having what we thought was just a demo become the final product. It has a real charm to it because it wasn't over thought about or analyzed, it just came together naturally. Old guitar strings, beat to shit drum heads, broken cymbals and all. A big shout out to John from Mute Neighbor for not murdering us and summoning the 'Cyborg Priest' album cover art to life… We are eternally grateful to Drew and Christian at Translation Loss believing in it and helping us bring it out into the world."

And if you're wondering what the hell this album is about, White explains it's all about the dystopian futures of fiction… come to life in the modern day. "All of the Ready For Death lyrics and concepts are rooted in the dystopian futures we microwaved and consumed in front of the TV when we were kids. Movies like Robocop and They Live, comics by John Byrne and Chris Claremont, and albums by Bolt Thrower and Slayer all contributed to a bleak and terrifying vision for planet Earth that we absorbed in the 1980s and 90s only to puke them back up in our adulthood.

"Most of it is ridiculous and beyond the pale, but sometimes our modern news feeds suggest that songs like 'Worldwide Blackout' and 'Cyborg Priest' may not be as completely absurd as we want them to be. At the end of the day, though, we really just like to drink and try to have a good time – at the end of times."

Catch Ready For Death at one of the dates below.

In this article: Ready For Death