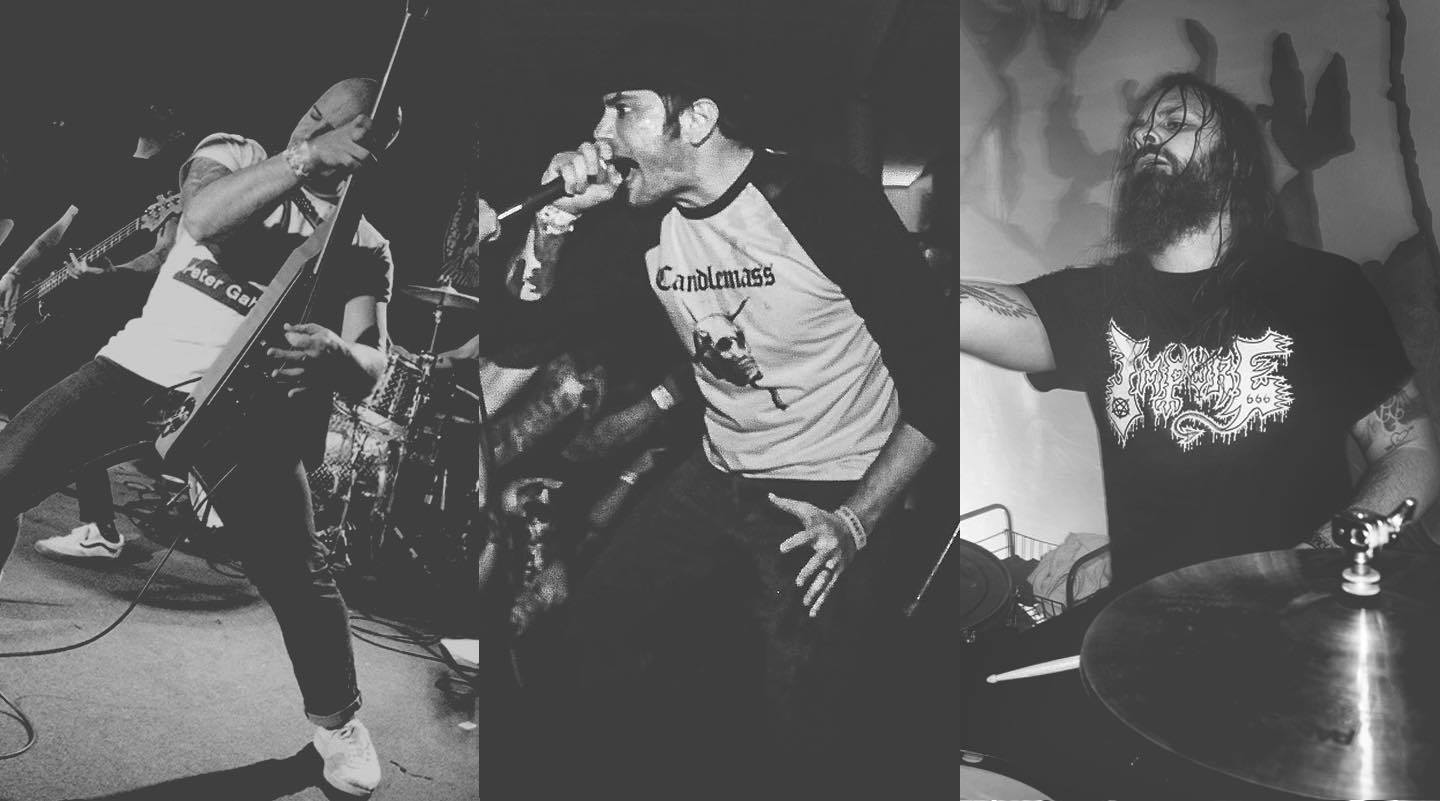 Ekstasis was originally Canadian Dave Williams on everything but vocals and American Damien Moyal on – you guessed it – vocals. The duo released the blindingly devastating Paralyzing Impermanence in October and have since been joined by Dismember drummer Fred Estby. Because apparently Paralyzing Impermanence simply wasn't furious or fast enough, and Ekstasis needed Estby to take things up a notch.

When asked by No Echo how he'd describe the debut EP, Moyal replied: "I like to think we meld Teutonic thrash with older Swedish death metal. Comparisons have included Merciless, Kreator, Death, Sadus, Dismember, and earlier, At The Gates. Some have noted tinges of Japanese hardcore, and there probably is a bit of punk spirit underpinning it all.

"We both share a love for Morgoth as well, and the release includes a cover of 'Eternal Sanctity.' While we didn't set out to sound like anything specific, there were certainly some death metal spaces we did not want to play in. We knew we wanted to steer clear of anything cavernous or guttural, which explains the lean toward higher, faster, more thrash-influenced death metal."

Ekstasis is currently working on a full length album with Estby. In the meantime, get Paralyzing Impermanence here.

In this article: Ekstasis