DANZIG To Cameo In His Next Feature Film; Promises "This One's Gonna Be a Little Gritter In That Everybody's A Vampire" 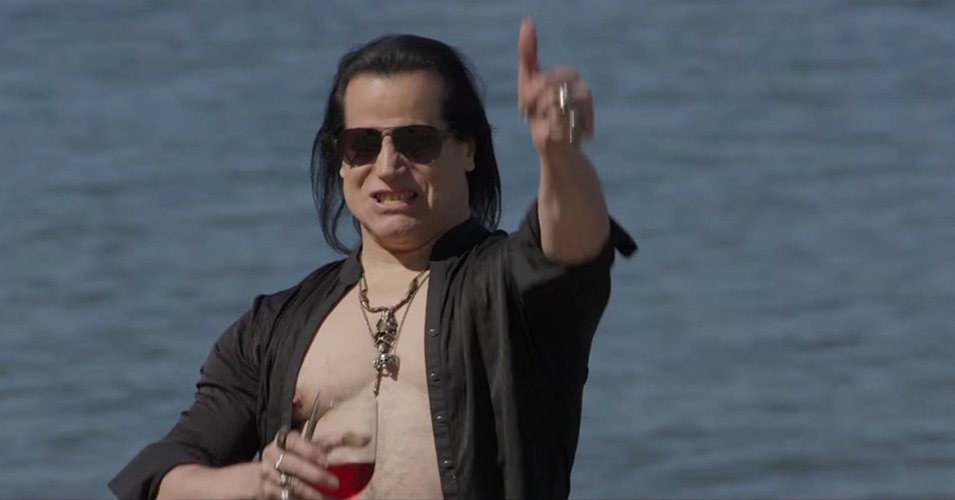 How does Glenn Danzig follow up his directorial debut, a movie that A/V Club called "one of the most batshit ridiculous horror anthology films ever put on screen?" Why, with a "vampire spaghetti western."

Danzig revealed some new info on his second feature film during a Q&A session for his widely-panned film, Verotika, in New York City. Asked to describe this new film, Danzig commented:

"Of course, you know I'm a big fan of European film, much more so than American film. Although I don't hate American film — I'm just very selective about what American film I like. But one of my favorite genres is the Italian Westerns by Sergio Leone. And if you don't know what that is, that's The Good, The Bad And The Ugly, A Fistful Of Dollars, also Once Upon A Time In The West. We've already started casting and we're about to shoot in about two weeks. But this one's gonna be a little grittier in that everybody's a vampire. And the only people that aren't vampires in it are the people who are getting preyed on and eaten. So, we're gonna bring some of the [actors] back from the last movie, like Scotch [Hopkins] and Ashley [Wisdom]. And we've got a couple of other surprises for you — some other people you may have heard of. And I'm gonna do a small part in it too this time. I hope you're gonna like it."

Verotika should be heading to VOD soon as Danzig previously noted it's scheduled for a VOD release around Halloween time. Here's some more video from the premiere.