DANZIG To Begin Work On His Next Film in October 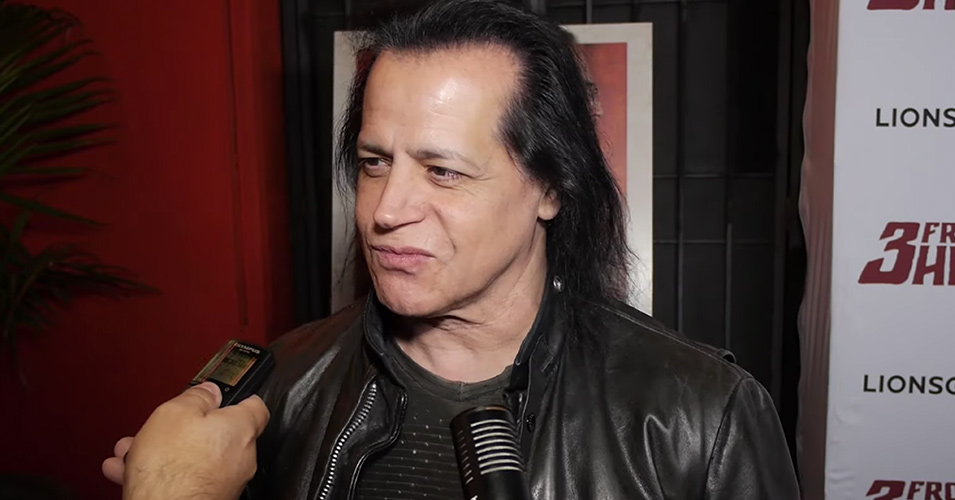 When Danzig's horror film debut called Verotika made its world premiere earlier this summer, Danzig commented to the crowd after the screening “You guys laughed in some of the places I wouldn’t have, but that’s cool.” That's basically all you need to know about the film that A/V Club called "one of the most batshit ridiculous horror anthology films ever put on screen."

The movie is scheduled for a VOD release around Halloween time, but Danzig isn't just going to sit around and take a break. He's gearing up to shoot another horror film.

Speaking to Bionic Buzz on the red carpet of Rob Zombie's 3 From Hell premiere, Danzig offered few details: "It's a vampire spaghetti western. We're in pre-production right now, and we start shooting next month."

Danzig also noted that another Verotika premiere is scheduled for New York around the time of the upcoming Misfits show at Madison Square Garden. He also noted he is in talks to screen the movie weekly in a Los Angeles theater.