GUNS N' ROSES Has Their Own Pinball Machine, Co-Created by SLASH 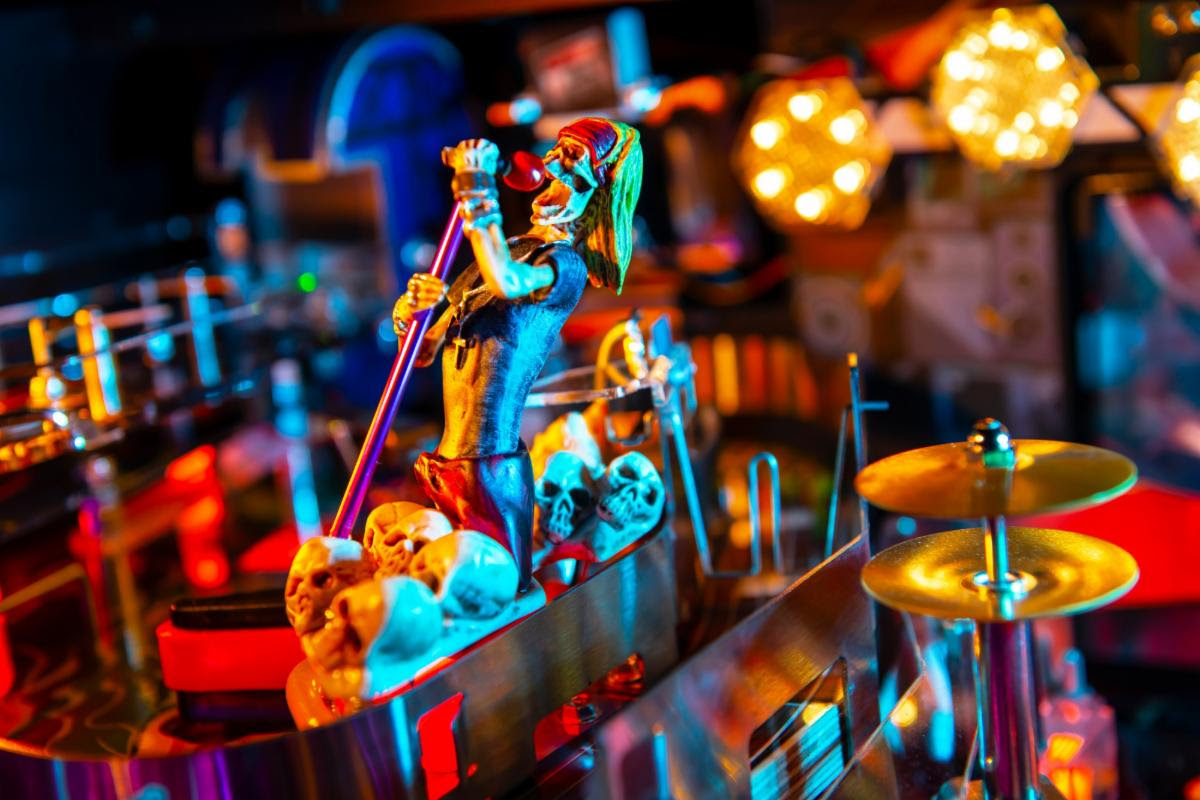 Guns N’ Roses have teamed up with Jersey Jack Pinball for a brand new machine named after their reunion tour, Not In This Lifetime. The machine was created by both Guns N' Roses guitarist Slash and Jersey Jack Pinball designer Eric Meunier over the course of two years, and even features some guitar work from the man himself.

"It's been a very fulfilling experience working with Jersey Jack on the new GNR Not in This Lifetime pinball machine," said Slash. "Jersey Jack pinball games are some of the most unique and beautiful pins ever made and I am honored to have been able to work with their brilliant team to design one of the most original and exciting rock 'n' roll pins ever produced."

"To have this type of design work and participation from the game’s namesake creating the actual pinball game, has never, ever, been done before in the industry," added Meunier.

Here are the advertised features:

Check out a trailer for the machine below and order one here for between $6,750 and $12,500. Pinball machines are expensive.

[Photo credit for all images: Charles Acosta of Pinballphotos.com]