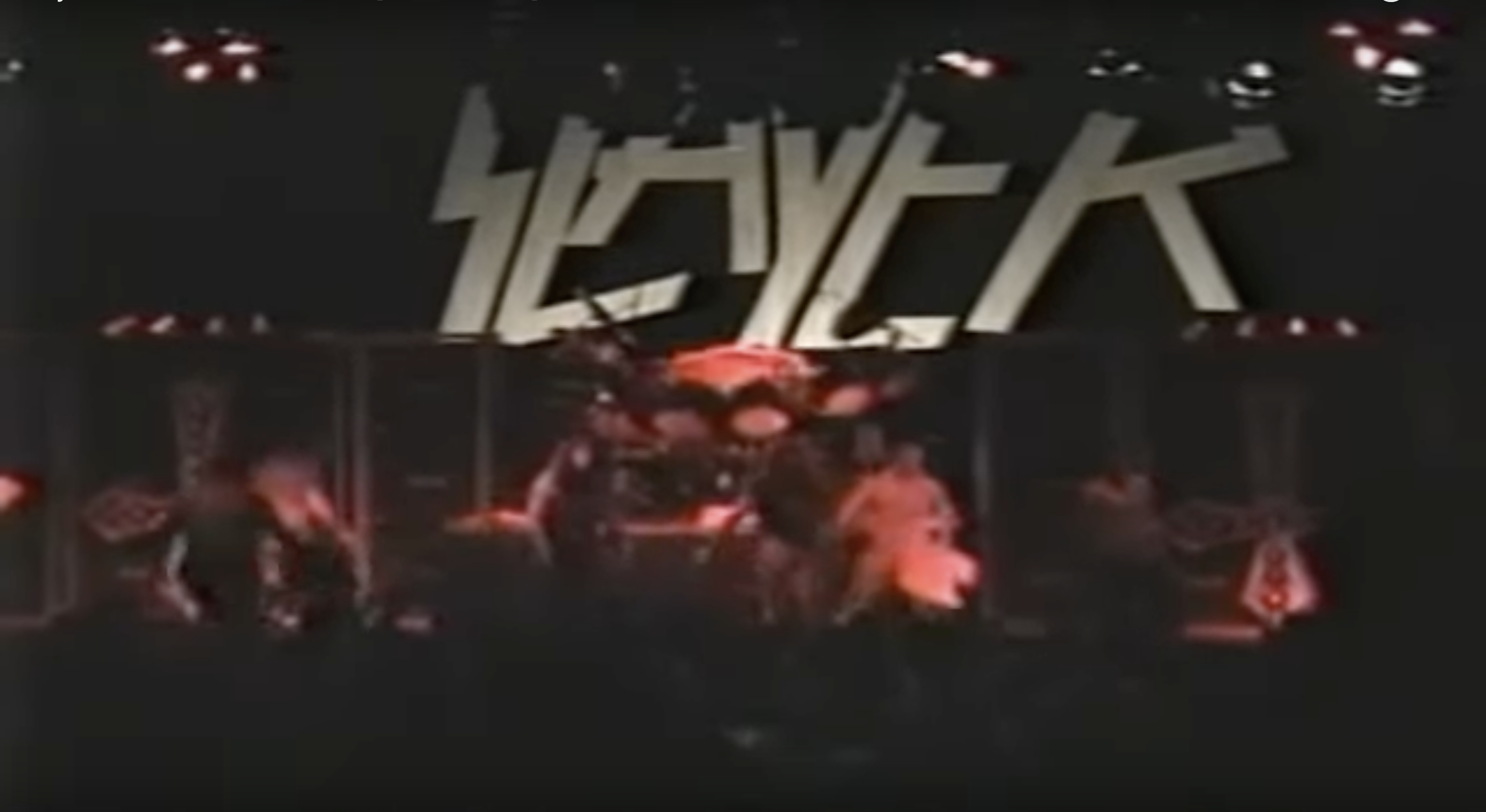 There's something magical about watch bands debut classic songs live for the first time ever. And yes, there's footage of Slayer debuting "South Of Heaven" and "Mandatory Suicide" live at the Agora in Cleveland, OH on August 4, 1988, but the quality ain't great. So we're taking a look at the band's performance of the tracks a few weeks later on August 31 that same year at The Felt Forum in New York City.

Slayer released their South Of Heaven record on July 5, 1988 and began touring on the record about a month later. The New York show from that tour showcases the band after having warmed up over the previous few weeks, ready to kick some serious ass… and they do. I also love that the video includes the commercial for the show, which is so hilariously '80s. Especially the "no mamby pamby rock and roll. This is Slayer!" bit. Love it.