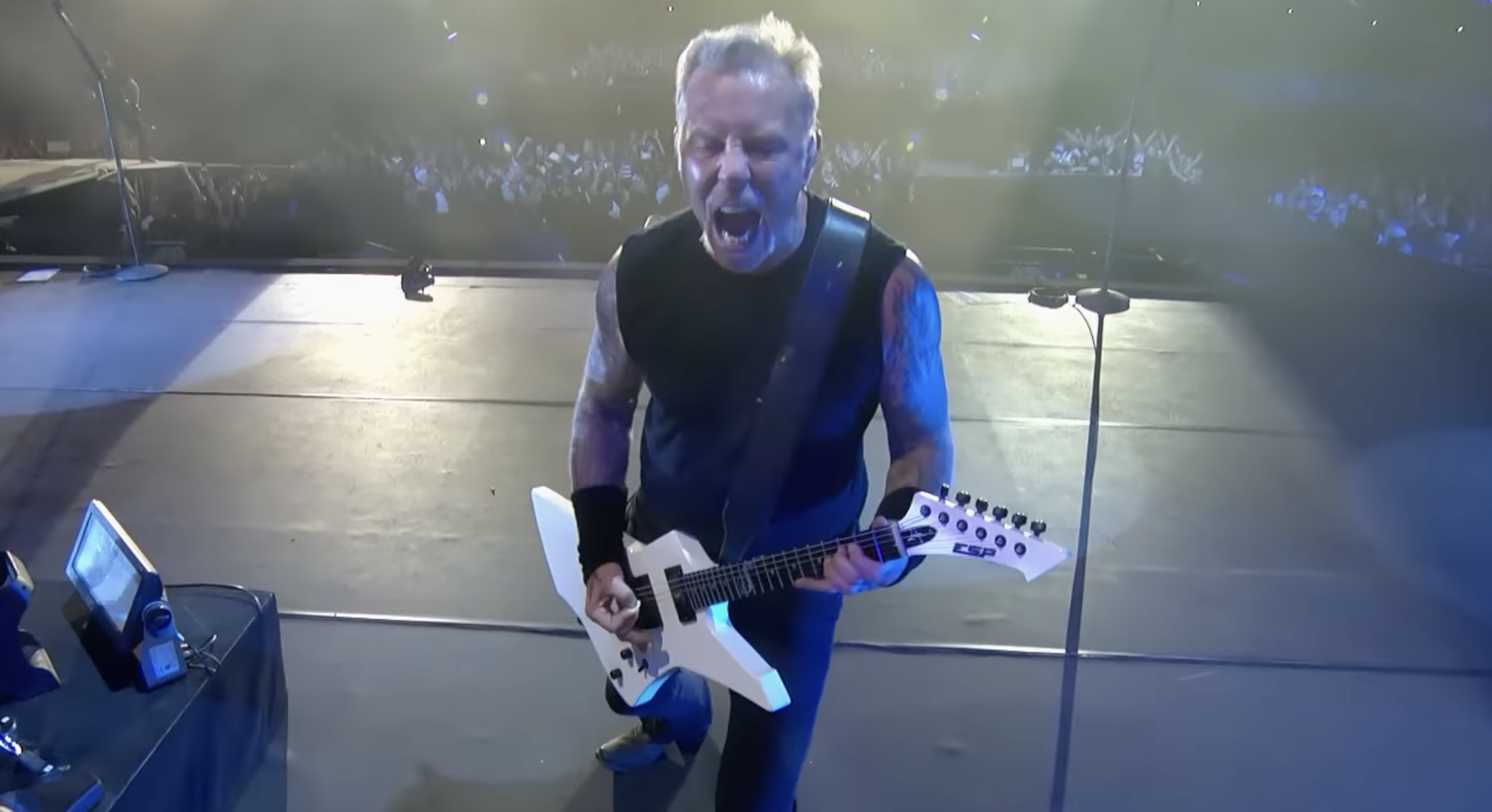 Metallica played at Pinkpop in Landgraaf, Netherlands on June 17 and kicked off their encore with a performance of "Metal Militia." This is the first time Metallica has played the track live since a December 15, 2016 show at The Fonda Theatre in Los Angeles, CA. Despite dusting it off after six years, they sounded great!

As for what Metallica has been up to lately, it might involve new music? Kirk Hammett recently participated in NME's game show-style quiz Does Rock 'N' Roll Kill Braincells?!, where musicians are asked questions about moments throughout their career. Hammett cruised through the quiz before hitting a snag on the final question – what's the deal with a new Metallica album? To which he responds that he can't talk about the new Metallica album. Which y'know, means that there's probably a new Metallica album being worked on.

The new Metallica album will be the band's first since Hardwired… to Self-Destruct in 2016. Hammett recently gave an interview about his new solo release Portals. In the interview, Hammett mentions Metallica engineer Greg Fidelman twice, saying he "had his hands full with all sorts of other Metallica stuff" and "he was up to his neck in other Metallica commitments." Of course that could be mixing some live material or even working on the Load and Reload box sets… or maybe it was new music? I guess we'll find out soon enough.