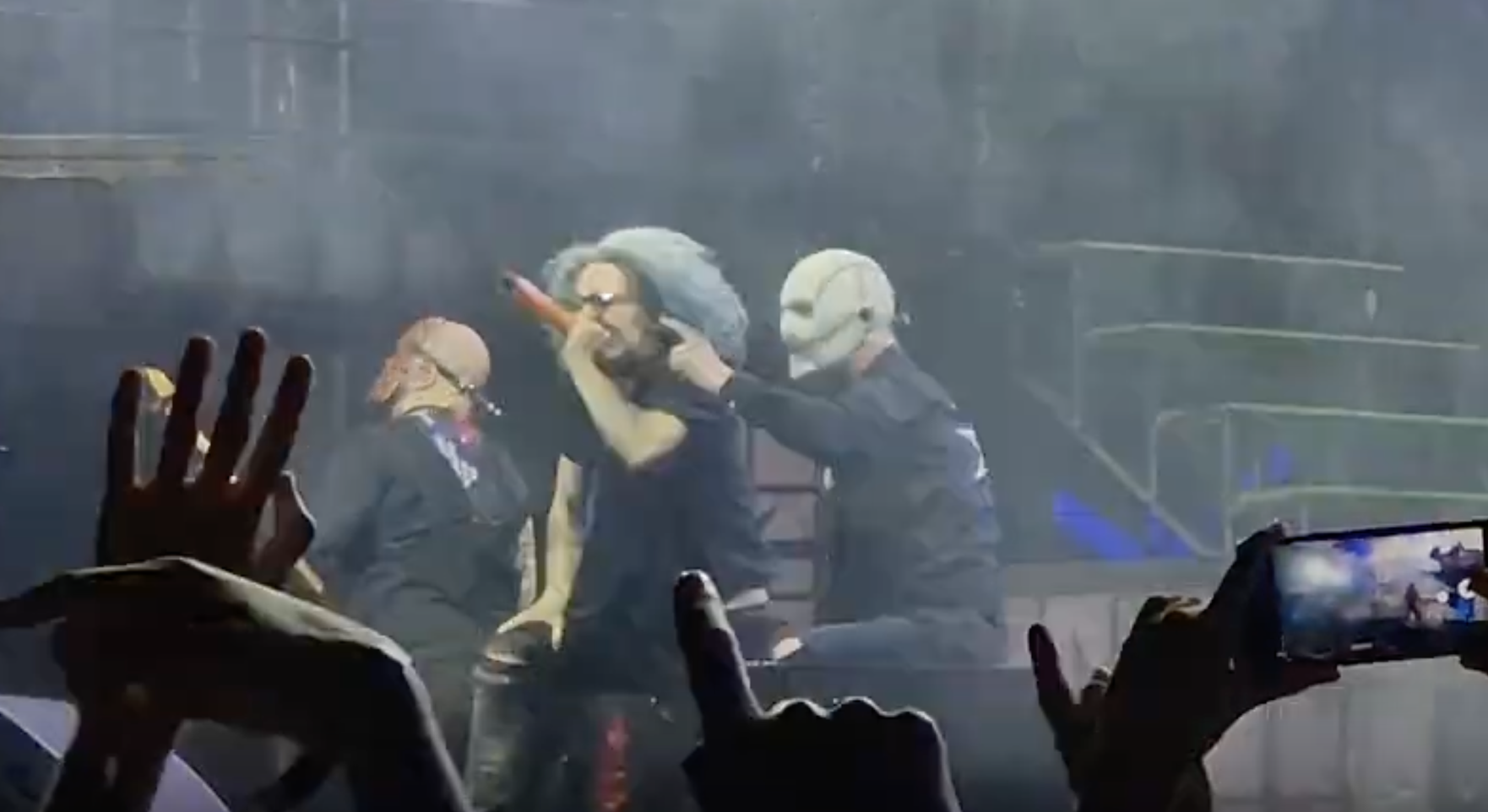 Slipknot is currently out on the road with Jinjer and Vended, the latter of which is fronted by Corey Taylor's son Griffin Taylor. Griffin joined his father on stage for a performance of "Custer" during the band's July 20 performance at Romexpo in Bucharest, Romania, and did a killer job! Like father like son, right? The guest appearance happens at around the 8:20 mark of the above video.

Slipknot recently announced their new record The End, So Far for September 30 alongside the release of their new single The Dying Song (Time To Sing)." Check that out here and pre-orders are available here. You can also catch Slipknot at one of the below dates.