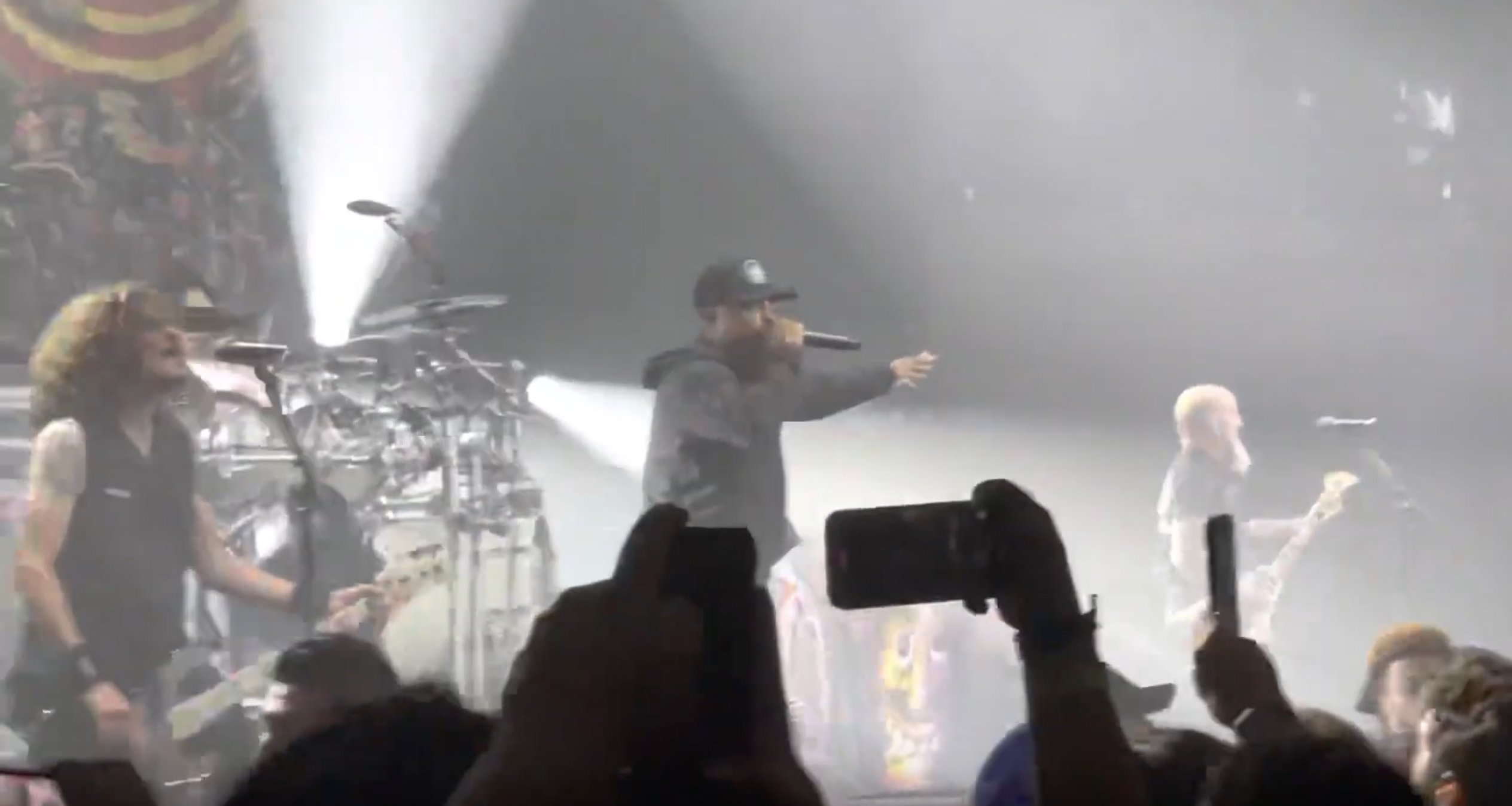 Anthrax was joined by the legendary Chuck D of Public Enemy for a performance of "Bring The Noise" on July 29 at the Hollywood Palladium in Hollywood, CA. Check it out above and definitely go check out Anthrax playing the John Bush-era track "Only" for the first time in 11 years here.

In a recent interview, Anthrax bassist Frank Bello said the band is currently writing new material and all he can say right now is that it's "heavy." When asked when the record is coming out, Bello said there's no real rush and that Anthrax isn't interested in putting out something that isn't "right."