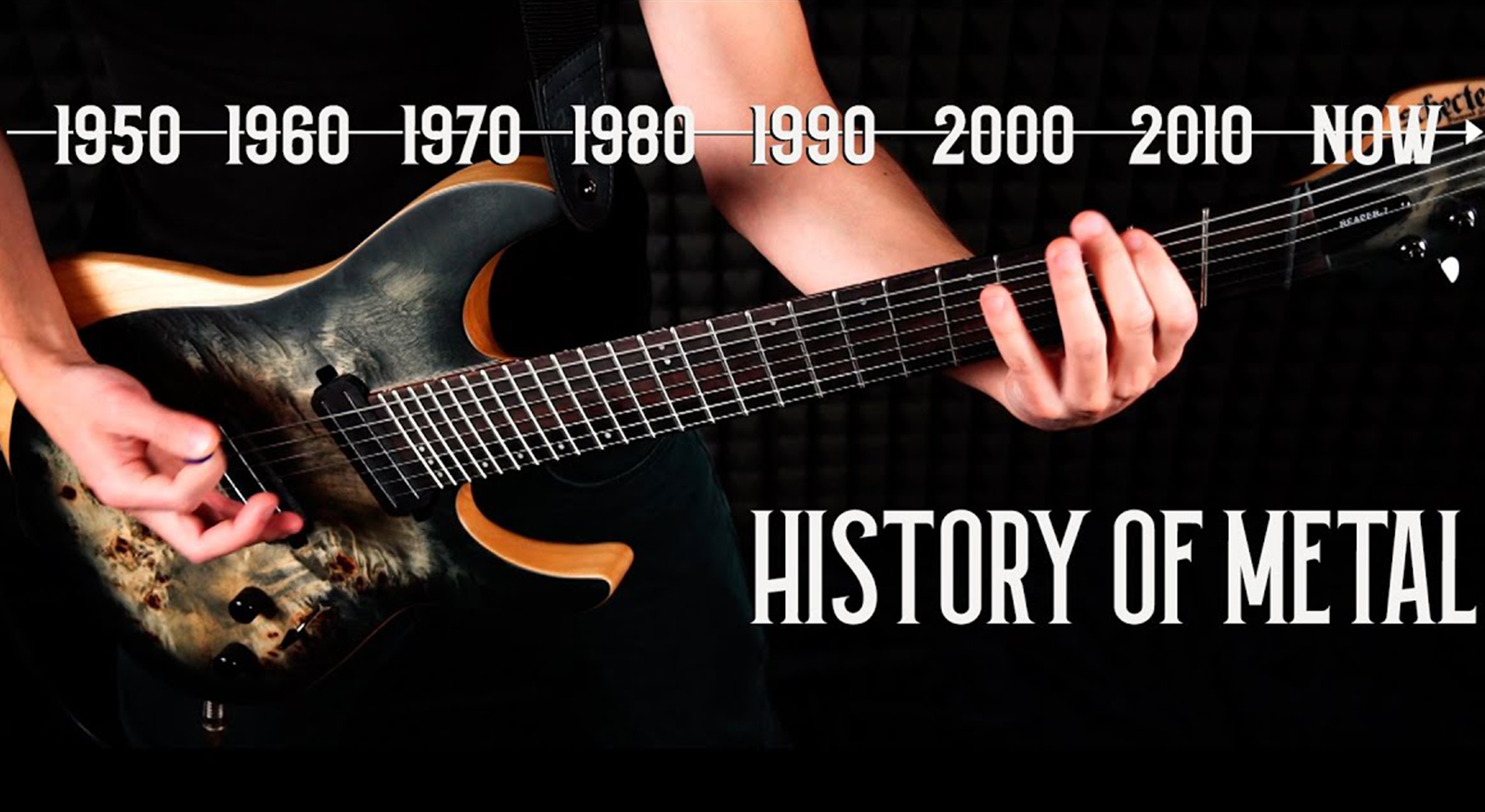 A recent YouTube upload from Italian multi-instrumentalist and content creator Andrea "Boma" Boccarusso—the mastermind behind Italy's Lock the Basement—is a deep dive into all things that rock. It's called the History of Metal, but in truth, Boma pays tribute to rock music in all its forms, chronicling its roots all the way back to Little Richard and the British Invasion groups. But as the 12-minute video progresses, Boma offers a very astute analysis of hard rock and heavy metal, spending ample time explaining each sub-genre in a way fans and scholars of rock alike would appreciate.

The ultra-talented musician peppers the short film with an ornate collage of riffs and medleys, frantic drumbeats, and thunderous bass—all performed by Boma himself—while a very congenial text describing each style informs the viewer of the many variations and adaptations of the sound and their respective distinctions. It's particularly fun to watch him splinter teases as of Sabbath's "Lord of This World" and "Black Sabbath" together while discussing the year 1970 in a segment of the film called "First Signs."

Elsewhere, while exploring the genesis of thrash metal, ABB riffs on a Metallica-esque vamp before blasting off into a lighting quick solo donning an ax looking very much like a Gibson Flying V, which can only be a nod to Hetfield and Hammett. It’s this nuanced mix of style along with the substantive text that is in no way disarming that makes what is ultimately a tutorial in the end feel breezy, classy, and in no way boring.

Moving through the nineties and the 2000s, History of Metal tackles some of the more divisive styles of metal and hard rock, noting their nomenclatures—Alternative Metal, Nu Metal, etc.—are tags the artists themselves ran as far away from as they could, a rejection most amplified (rightly, in this writer’s opinion) by bands like Deftones and Korn.

But looking to the future, History of Metal closes with an open discussion on “Djent” — an avant-garde style of metal that Boccarusso likens to a progressive metal offshoot with hypersonic sound and complexity, and nods to both Meshuggah and Animals as Leaders as the forebearers of this still emerging sound.You can check out Andrea “Boma” Boccarusso’s YouTube channel for more exciting guitar videos and check out the History of Metal below.