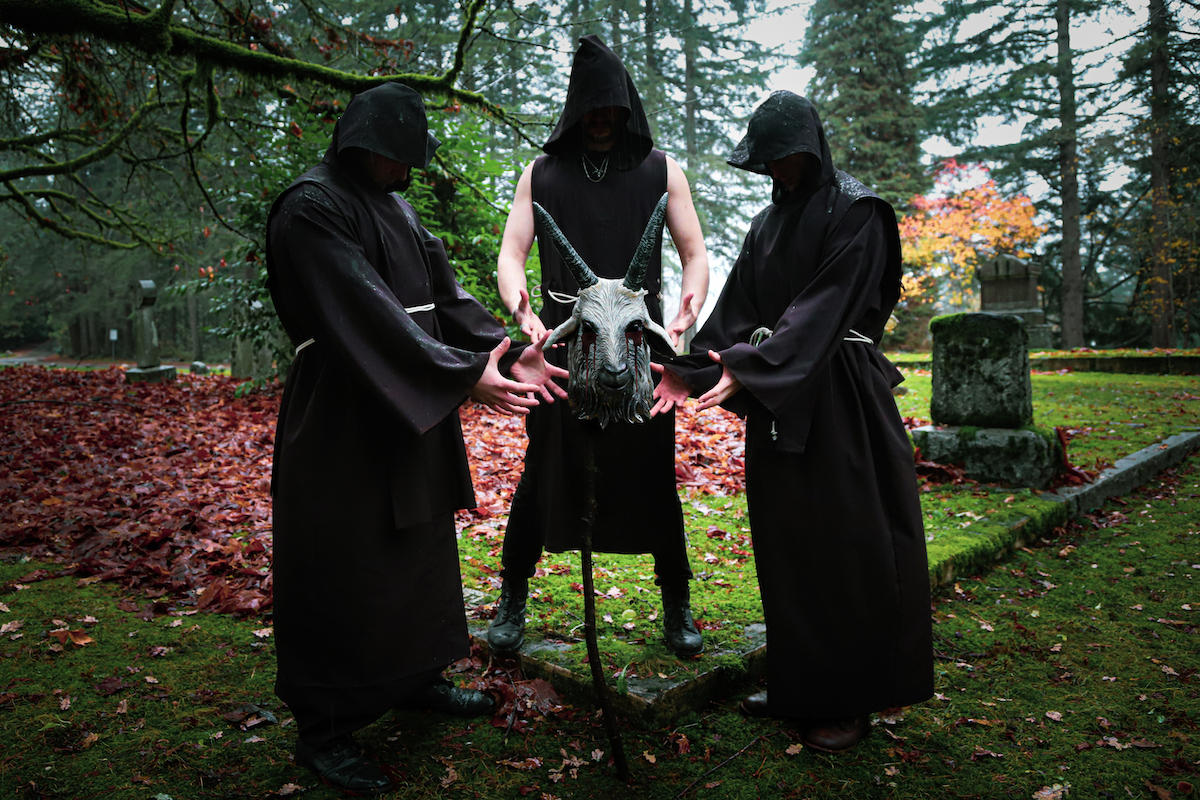 "'Servant of the Outer Dark' chronicles the exploits of a certain dark sorcerer in his quest to return our universe to its natural state: complete and utter chaos," said vocalist and guitarist Graham K. Miles. "Mike came up with the foundation for this, and Rob contributed some really nasty guitar work that helped take it to the next level. I handled the vocal arrangement and the lyrics. They're an homage to my favourite Stephen King villain, who was also a source of inspiration for our mascot and the broader concept behind the band."

Thirteen Goats recently released their new album Servant Of The Outer Dark, which is available here.

In this article: Thirteen Goats