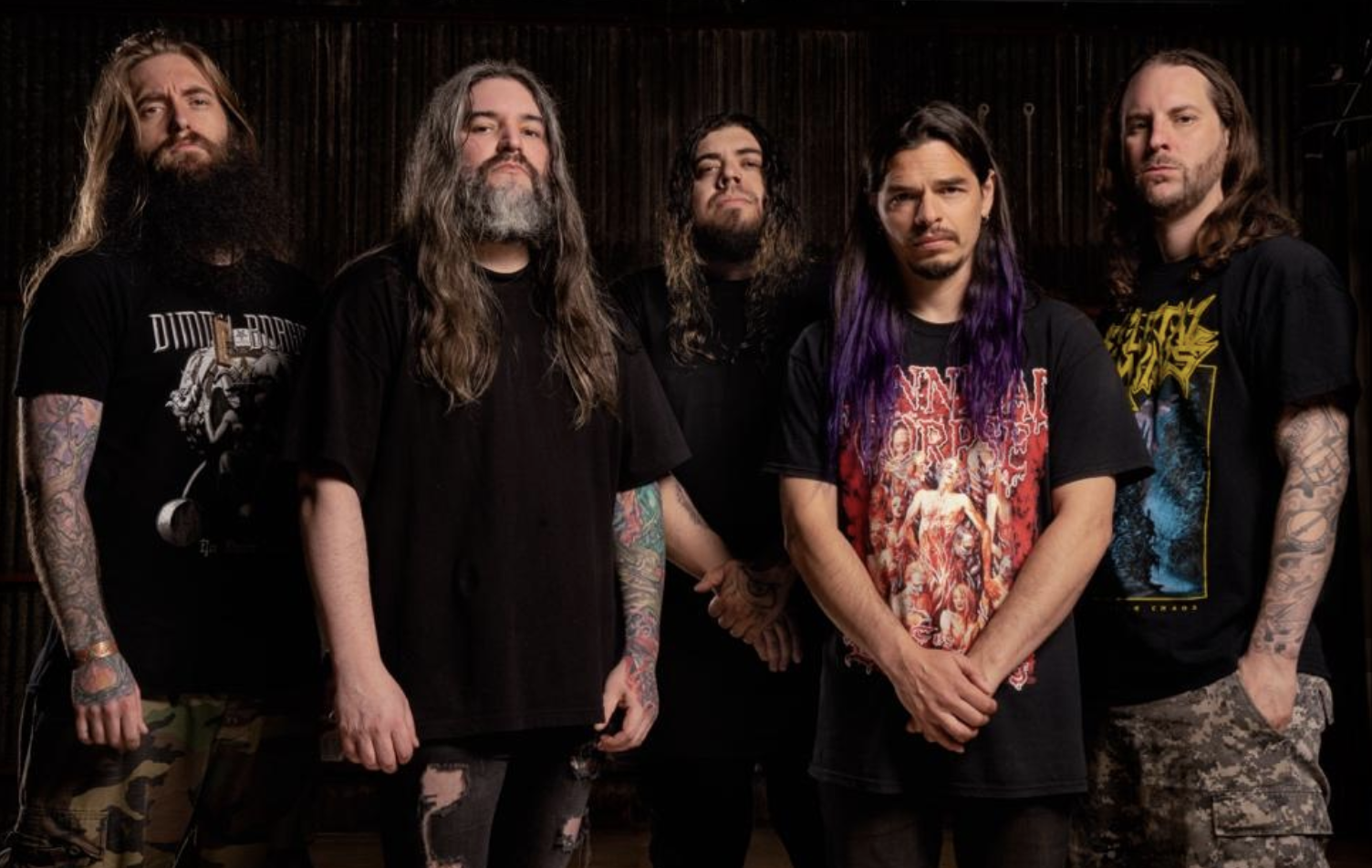 Suicide Silence is now streaming their chaotic new single "Thinking In Tongues," which so far is a standalone single. If you're a fan of the band's recent turn back to being insanely heavy with their latest record Become The Hunter, then you're definitely going to be on board with the new stuff.

"This song derives from the chaotic feeling of losing one's mind," said the band. "Feeling like you're choking on every breath you take until you eventually break. Debilitating confusion sets in and your mind begins 'Thinking in Tongues'; essentially processing thoughts that not even you yourself can understand. In a sense, this song evokes the ultimate sense of helplessness."

Suicide Silence recently parted ways with drummer Alex Lopez, who played in the band between 2006 and present day. Suicide Silence has since announced Ernie Iniguez, who drummed on the 2020 record Become The Hunter, as their live fill-in drummer. "Thinking In Tongues" is Lopez's final studio performance with the band.

"Suicide Silence and our long-time drummer, Alex Lopez, have mutually agreed to part ways. We wish him nothing but the best moving forward and encourage you all to follow his future endeavors in both music and visual arts. Our good friend, Ernie Iniguez (who recorded drums on Become The Hunter) will be drumming with us on the upcoming Chaos & Carnage Tour and European festival run."

Suicide Silence and Carnifex will team up this Spring for their Chaos & Carnage Tour. The tour will also feature Lorna Shore, Upon A Burning Body, AngelMaker, and Signs Of The Swarm. Get the dates for the tour below.