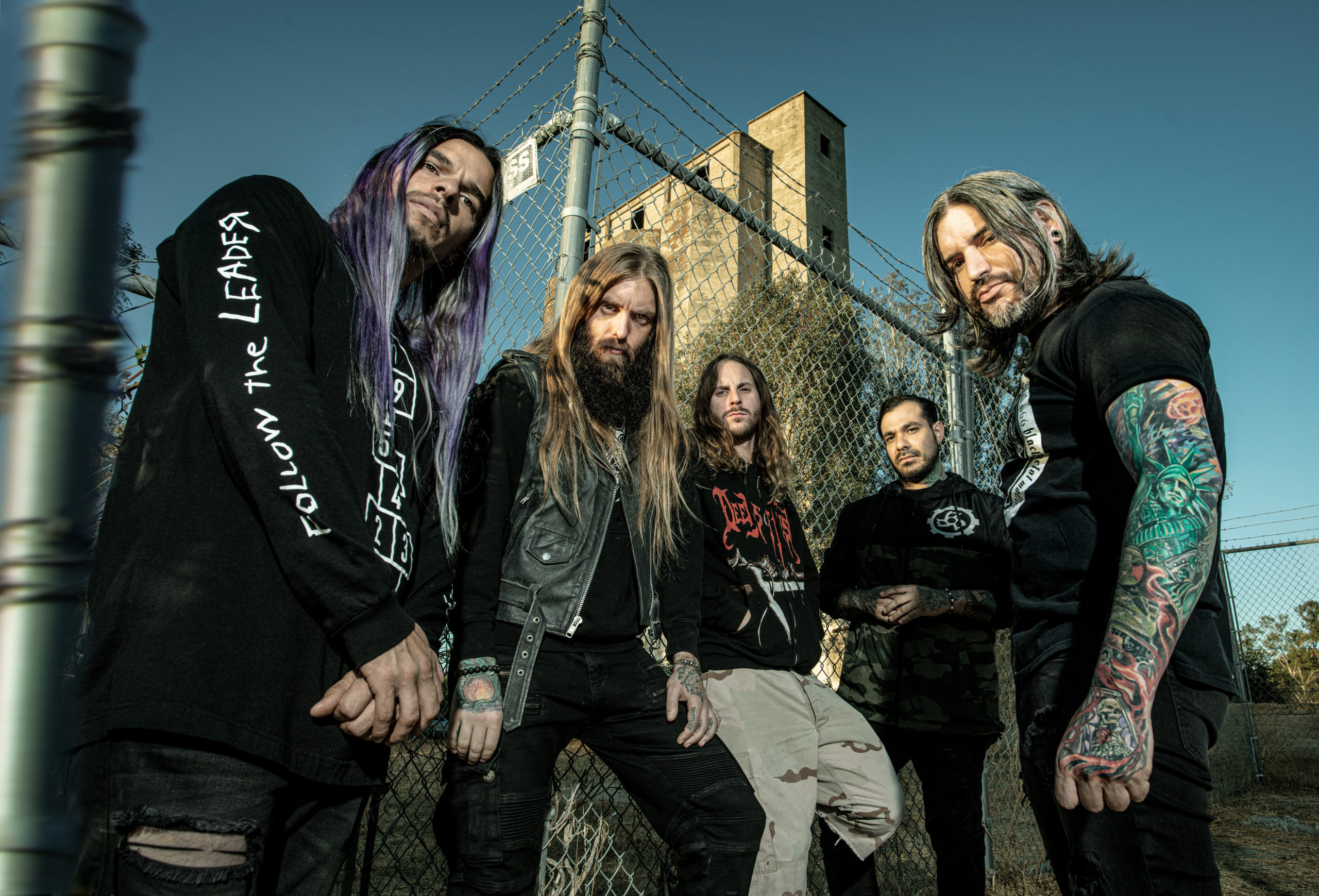 Suicide Silence has parted ways with drummer Alex Lopez, who played in the band between 2006 and present day. Suicide Silence has announced Ernie Iniguez, who drummed on the 2020 record Become The Hunter, as their live fill-in drummer for the time being. Alongside this news also comes the announcement of a new song called "Thinking In Tongues" due out on May 3. "Thinking In Tongues" will be the band's final effort with Lopez.

"Suicide Silence & our long-time drummer, Alex Lopez, have mutually agreed to part ways. We wish him nothing but the best moving forward & encourage you all to follow his future endeavors in both music & visual arts. Our good friend, Ernie Iniguez (who recorded drums on Become The Hunter) will be drumming with us on the upcoming Chaos & Carnage tour and European festival run.

"That all said, we'll be premiering a new single next week (Alex's final studio performance with the band) called 'Thinking In Tongues' that we're very excited for you all to hear. It will be premiering on SiriusXM Liquid Metal on May 3rd with a full digital release & music video on May 4th."

Suicide Silence and Carnifex will team up this Spring for their Chaos & Carnage Tour. The tour will also feature Lorna Shore, Upon A Burning Body, AngelMaker, and Signs Of The Swarm. Get the dates for the tour below.