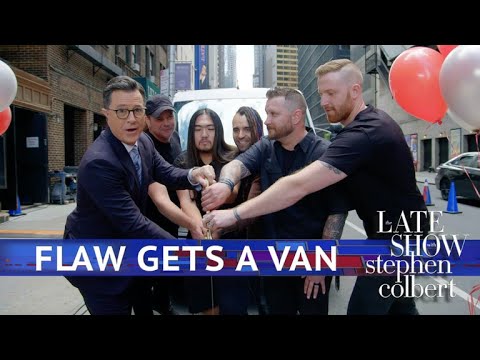 Stephen Colbert used the nu-metal band Flaw's funding effort for a new van as a part of a joke back in May making fun of Donald Trump's potentially crowd-funded wall. The joke just kept going and going each week as Colbert used it as a comparison for different things, but finally, he just gave up on waiting to see if they'd hit their goal and bought them the van himself.

He also invited the band the New York to unveil it to the band, and you can watch the whole thing above. It's pretty damn funny. 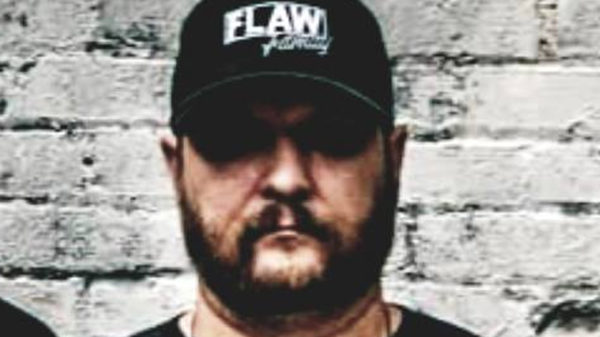 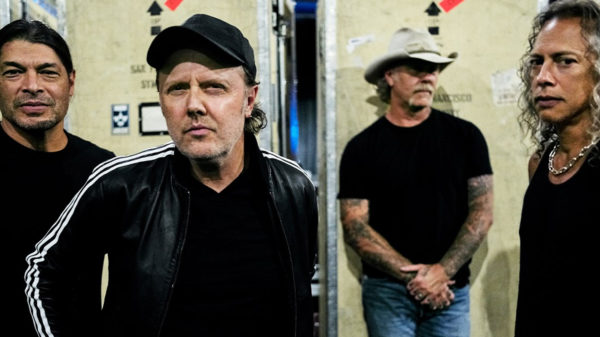 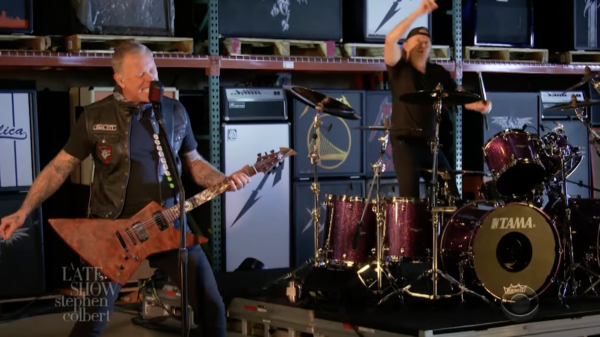 There are a lot of special amps in the performance too!