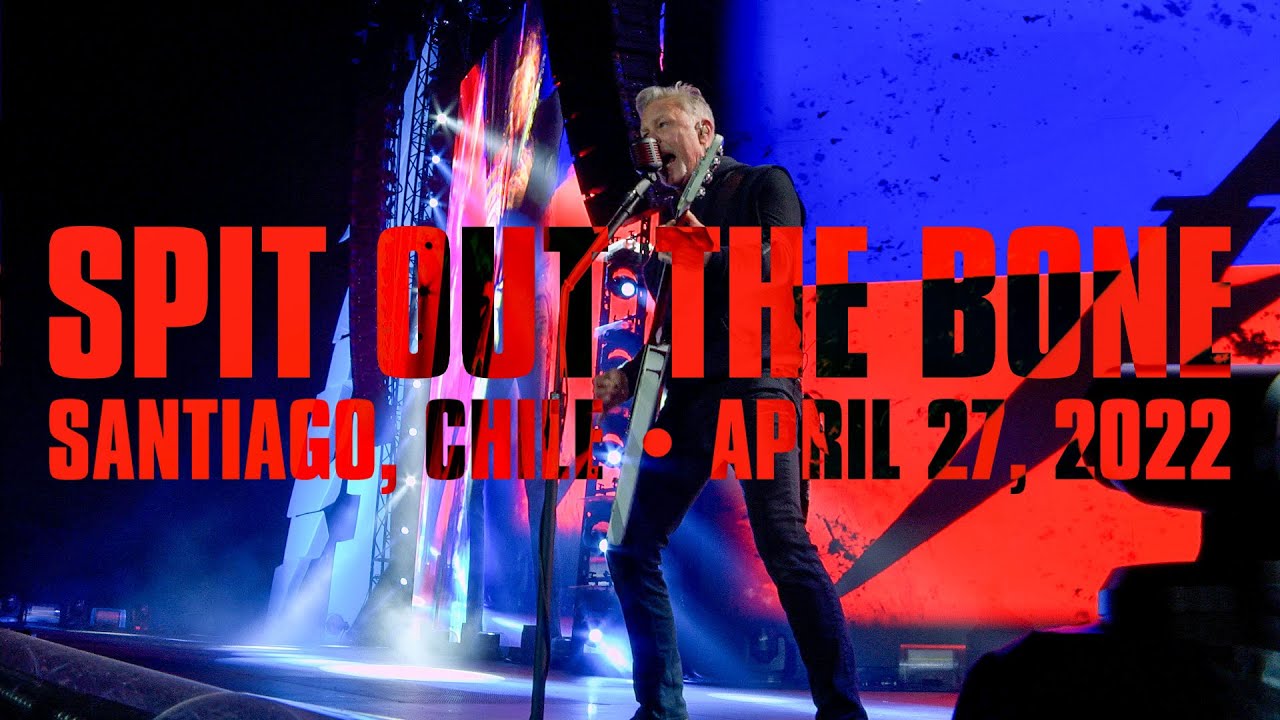 Metallica played Club Hípico in Santiago, Chile on April 27 (yes, that show) and is now streaming their performance of "Spit Out The Bone." The song has become a fan favorite ever since the release of Hardwired… To Self Destruct in 2016, and for good reason – it's probably one of the heaviest songs Metallica has written in a long time.

Metallica recently announced two stadium shows for August 11 at the Highmark Stadium in Buffalo, NY and August 14 at PNC Park in Pittsburgh, PA. Both shows will be opened by Greta Van Fleet and Ice Nine Kills.

As for what Metallica has been up to lately, hopefully it involves new music? Guitarist Kirk Hammett was recently asked why he chose producer Bob Rock to mix the songs on his solo EP instead of usual Metallica engineer Greg Fidelman, and his answer seems to hint that maybe Metallica was up to something last summer.

Hammett mentions Fidelman twice, saying he "had his hands full with all sorts of other Metallica stuff" and "he was up to his neck in other Metallica commitments." Of course that could be mixing some live material or even working on the Load and Reload box sets… or maybe it was new music.

"When it came time to get the stuff together, it was last summer. Most of the stuff was recorded. But I still needed to do a few guitar parts here and there to add to the songs. All of it needed to be mixed. The four tracks needed to be mixed and I thought, 'How am I going to do this?' You know, I can't really travel to the mainland and do all of this stuff, because I have commitments in Hawaii and COVID is happening – but when things started to open up a little bit more too as well, I thought, 'Wait a second, Bob Rock's in Maui. I'm here in Oahu.' That's a short flight and I know that he would be the best person to do this because he loves guitar and this is all fuckin' guitar-oriented stuff.

"I mean, it's guitar-dominated. The guitar dominates everything. I thought, 'How about I give Bob a call?' I didn't want to bother Greg Fidelman, because he had his hands full with all sorts of other Metallica stuff. I didn't really know who else to call. So you know, when I thought about Bob, I thought, 'That's great because Bob and I are friends.' We have a great working relationship. We love the same stuff. We love the same guitar players, the same guitars, the same amps, the same types of music. We have a history and we're buds.

"So when he came over to Honolulu, it was really cool to see him again and be working with him again. You know, when I see Bob, the start of those days were like this: We'd talk about guitars and music for fuckin' two hours and then say, 'Oh, shit! We've got to start working!' Then we would work. I mean, we just have a mutual love for this kind of thing. I really didn't have anyone else to call. Like I said, I would have loved to have had Greg do it, but he was up to his neck in other Metallica commitments, so Bob was the next best guy. You know, he came through for me and really helped me out. I am really appreciative of that."