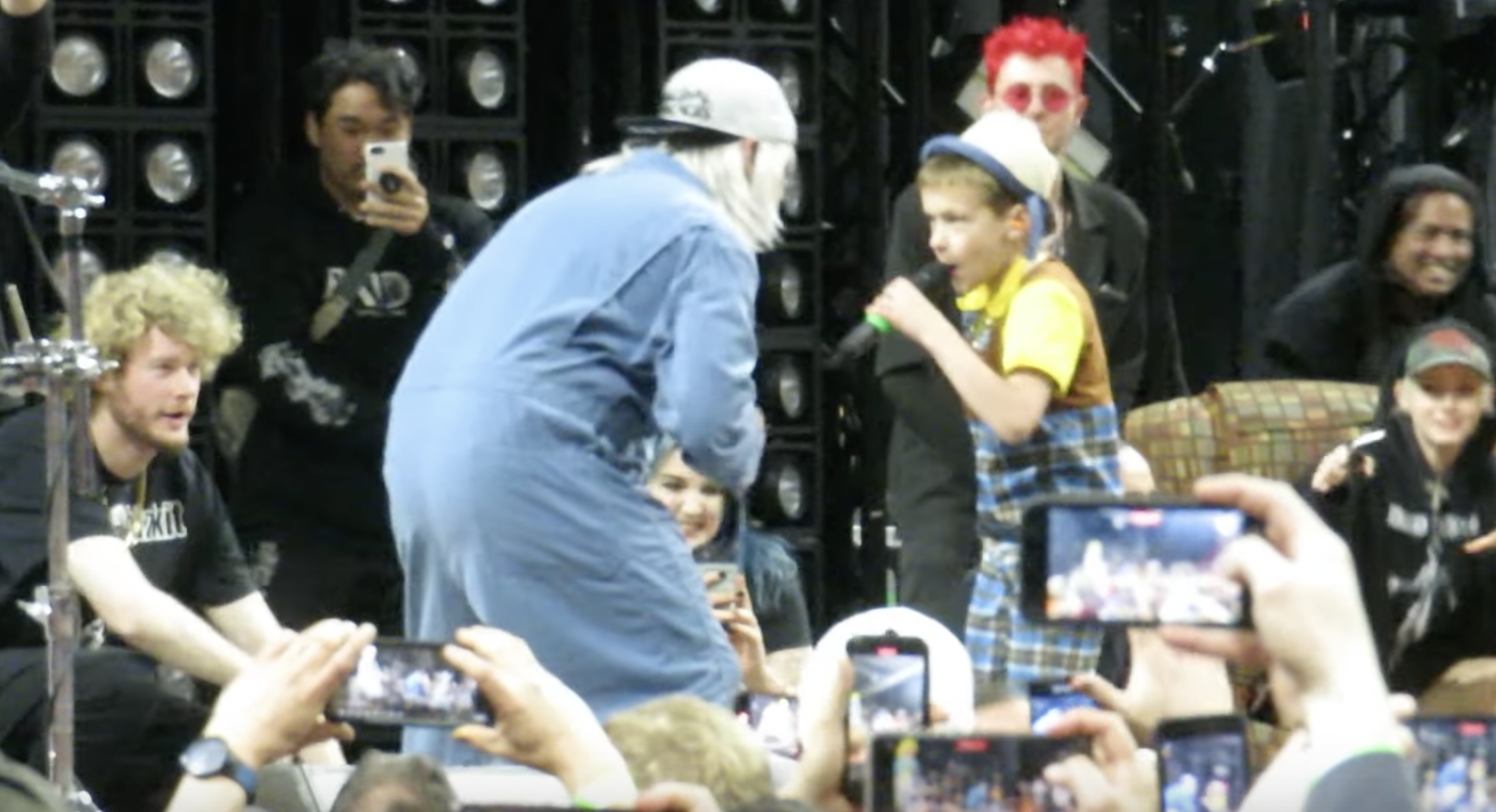 I'm not sure who's having more fun at Limp Bizkit's recent shows – the band or the fans getting on stage. So far we've seen a kid get to rock out with Limp Bizkit on stage to "My Generation," a dude that got up on stage with the band to cover Rage Against The Machine's "Killing In The Name," and another dude who talked shit until he got on stage.

Then at the band's May 22 stop in Green Bay, WI, Limp Bizkit recruited a kid to sing "Break Stuff." And man, the kid sang the crap out of the song! Watch fan-filmed footage of the kid just straight up knowing every single word and the crowd going totally nuts.

In a recent interview, Limp Bizkit guitarist Wes Borland said creativity is at a high point in the band right now and that he hopes they'll work on a new record after their tour. "Now that Still Sucks has kind of cleared our pipes, I feel that the comradery and creativity within the group is at an all-time high. I wouldn't be surprised if a new album is in the works shortly after our 2022 touring concludes. Anything is possible."

Catch Limp Bizkit at one of their remaining tour dates below. Who knows, maybe you'll get up on stage with 'em?