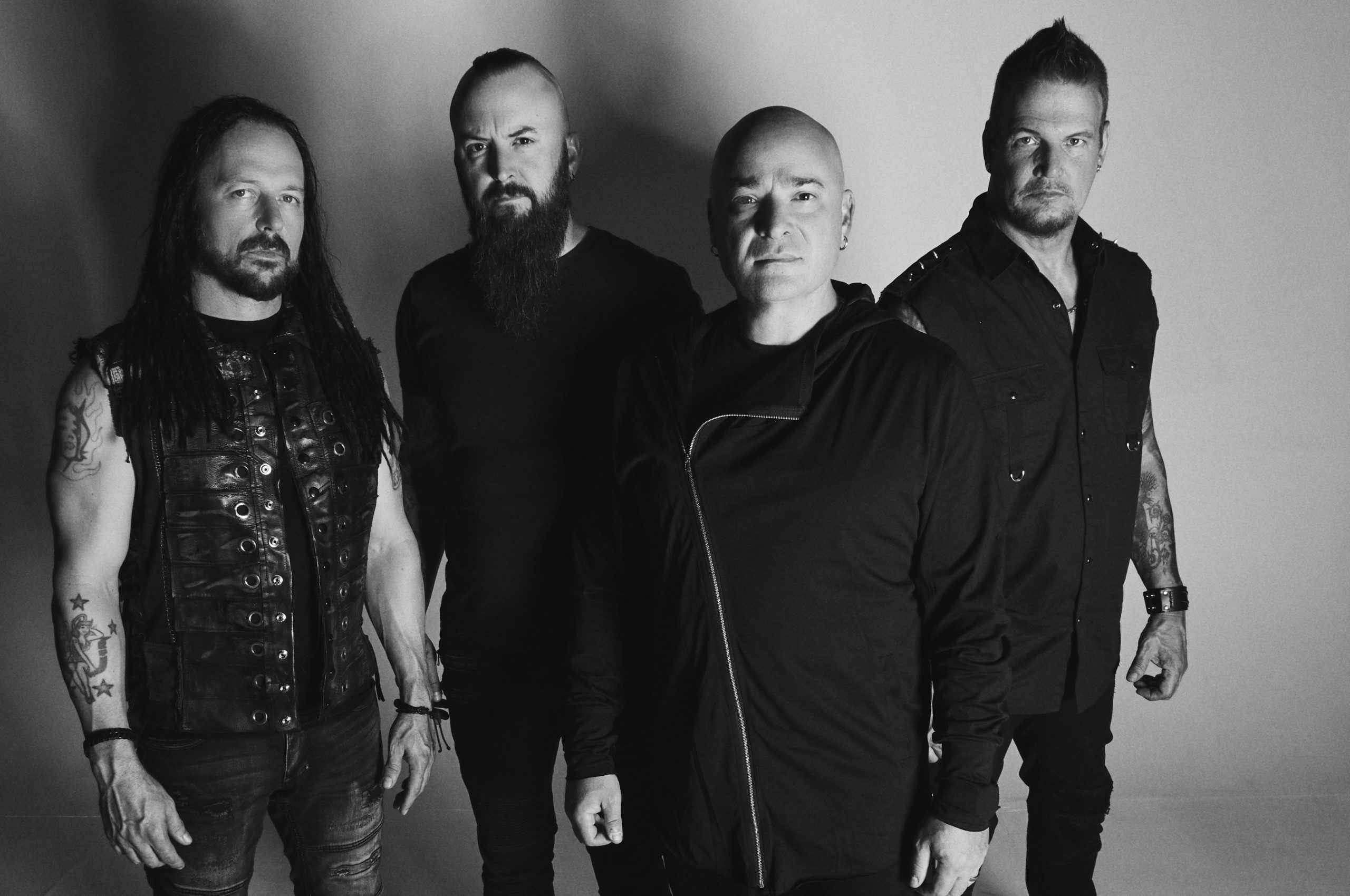 Disturbed is back with their new single "Hey You," their first new music since 2018. The single comes alongside a music video directed by Josiahx and the announcement that a new album is coming later this year. No additional details on the album are yet available.

"['Hey You' is] a wake up call," vocalist said Disturbed vocalist David Draiman. "We've become our own worst enemies. Civil discourse has become the exception instead of the norm. People have lost themselves in outrage addiction." In the meantime, you can catch Disturbed at one of the dates below.

Draiman recently told the crowd at a Camden, NJ show that the band's new record is indeed "heavy as fuck." Well, mostly – there are some tender moments too. "And it's about 90 percent heavy as fuck," said Draiman at the show. "Now there's still 10 percent of caring, loving goodness — 10 percent. Hey, for everybody that fell in love with 'The Sound Of Silence' cover, I figured, you know… But the rest of it? Sickness, Ten Thousand Fists-era Disturbed, for sure. You excited about that? 'Cause I'll tell you we're really fucking excited about it."

Draiman recently compared the new material to The Sickness and Ten Thousand Fists (again), calling it "pummeling and rhythmic and aggressive and anthemic and poly-syncopated."

"We've come up with some unbelievable new material that is just pummeling and rhythmic and aggressive and anthemic and poly-syncopated — Disturbed 101, everything people fell in love with us for in the first place. It has really been a wonderful past couple of weeks, especially after two years of being apart, not being able to really create. You can create over Zoom or some shit like that but it's not the same, that inspiration in the moment in front of each other — the magic, energy and electricity that occurs — nothing really compares to it. It was a welcome rush back into the system. Fucking amazing. It's sounding somewhere between The Sickness and Ten Thousand Fists, for sure."

"Our society has become addicted to outrage."

"I couldn't be more proud."

There's a pre-save link and everything.