Disturbed recently began working on new material, and according to vocalist David Draiman it's going really well. Draiman revealed to Lou Brutus of HardDrive Radio that the band has already written six new songs that are reminiscent of The Sickness from 2000 and Ten Thousand Fists from 2005.

"The week in between the Indiana shows and the [Welcome To Rockville] show was amazing. We pumped out six new Disturbed songs. They are rhythmic, they are anthemic, they are polysyncopated, they are meat-and-potatoes Disturbed. It's somewhere between The Sickness and Ten Thousand Fists as far as vibe. And it's can't-stop-but-bob-your-head kind of thing. I couldn't be more happy. And we're so genuinely excited that we don't wanna wait. We're gonna track it after the New Year. We're guns blazing right now."

Draiman later added that Disturbed is "probably not gonna put out something in the traditional full-length; we're probably gonna be doing two separate releases," clarifying that each release would probably be about five or six songs. So basically two new EPs. 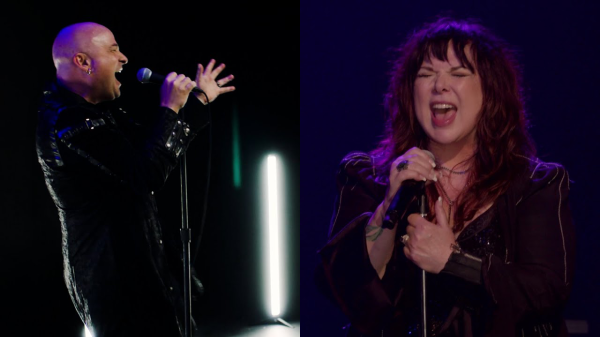 "Our society has become addicted to outrage."

"We've become our own worst enemies."