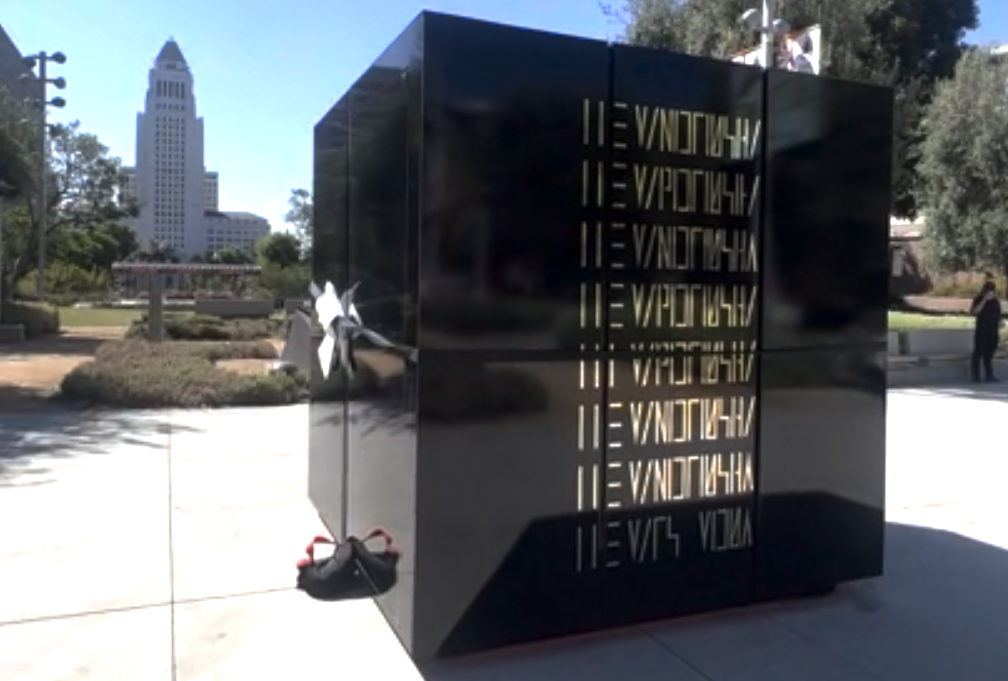 The Mars Volta recently began teasing something for June 19 through 21 in Los Angeles. Turns out that "something" is big black cube that, when entered, plays roughly 3 minutes of a new single. Reddit user u/luckygoldelephant described the experience as a "Kusama-ish mirrored light room. To me, elements of Frances the Mute, Santana and Khruangbin, is the vibe I felt. Loved it. I want to see where it goes." The cube also has a request outside it that asks for no recording to be done or phones to be present in there, so we'll just have to wait and hear what's actually going on.

Another rumor has begun to swirl that there's a single called "Blacklight Shine" due out June 21, though we'll see what's up. All we know for sure is that The Mars Volta has posted a brief teaser about the cube on their Twitter with the caption "L’YTOME HODORXÍ TELESTERION," which might be a new album title? Or the name of the cube? Or an incantation to summon the end of the world. Who knows.

Rumors began about three years ago that The Mars Volta was in the studio recording their first new record since Noctourniquet in 2012. At the time, Cedric Bixler-Zavala tweeted in response to a fan asking about new material that the band was "in the kitchen finding new ways to through curve ball." A tweet made earlier that May also made mention of "[being] in the studio working on music w the Puerto Rican Bernie Sanders," which was pointed out is a moniker for Omar Rodríguez-López. Then last year we thought it was finally time after a mysterious teaser appeared online, but that turned out to be the band's 18xLP box set La Realidad De Los Sueños.