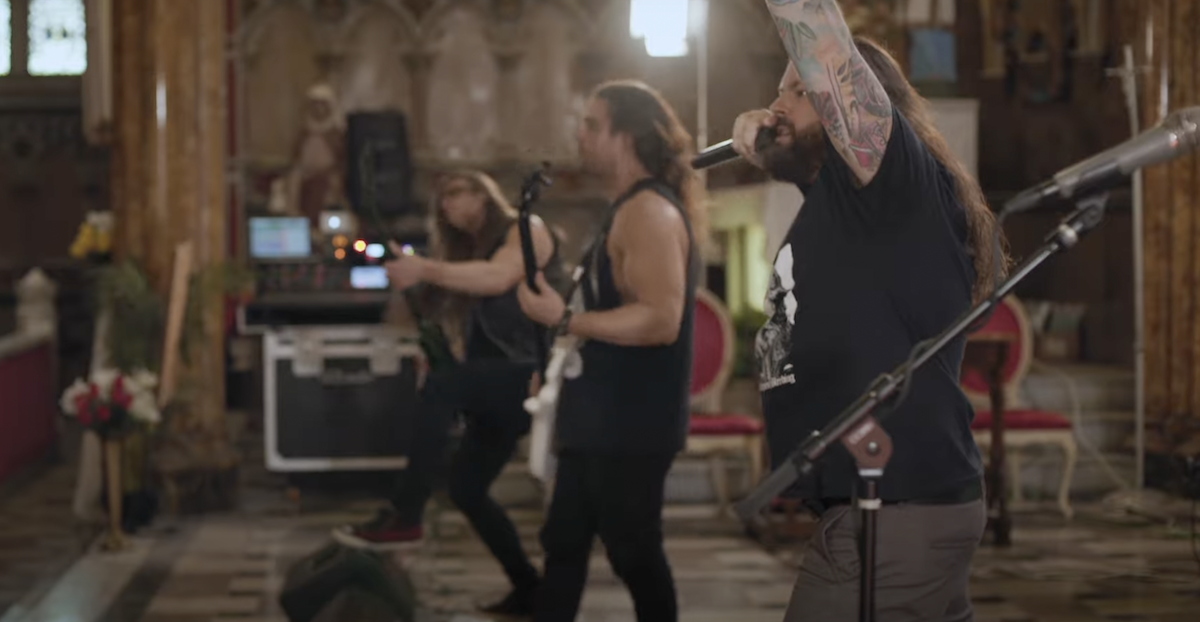 The Black Dahlia Murder will release their holiday-themed livestream Yule 'Em All: A Holiday Extravaganza as a live album and DVD on November 11.

Yule 'Em All: A Holiday Extravaganza is hosted by Neil Hamburger (Pick Of Destiny, Tim and Eric) and features the band performing classic tracks, comedic skits, and even an appearance by Cannibal Corpse frontman George "Corpsegrinder" Fisher. Yule 'Em All was originally slated for July 2022 but was delayed after the tragic passing of beloved frontman Trevor Strnad. Pre-orders are available here.

The Black Dahlia Murder recently announced they'll continue on as a band in the wake of Strnad's death with founding guitarist Brian Eschbach on vocals, and with former guitarist Ryan Knight returning to the band to fill his role. The lineup outside Eschbach's move and Knight's return remains the same.

In addition to that, The Black Dahlia Murder has announced a tribute show to the life and legacy of Strnad for October 28 at Saint Andrew's Hall in Detroit, MI. The show will feature Darkest Hour and Plague Years as the openers. Tickets are on sale at this location.