After years of writing, Symphony X vocalist Russell Allen has revealed the band is going to get their long-awaited new record out next year. Allen said in an interview with Jeff Gaudiosi of Misplaced Straws "We're looking at next year to get [the new album] all out there and done [in 2023]. That seems to be the plan right now." The new Symphony X will be their first since Underworld in 2015.

In the same interview, Allen also touched on the band playing their first shows since 2019, saying "It was pretty cool. I can't say enough how happy I am with the tours that we did do, and [I am] looking forward to doing some more with these guys. I think it was a great turnout, and I wanna definitely keep the ball rolling with the band. I think we've touched on something that — we have that legacy-slash-still-relevant thing; it's really strange. Symphony X has always been sort of like that, though."

"Now we're talking about doing a Symphony X record, talking to the guys and trying to come up with some ideas. And usually we'll find some kind of idea and then off to the races. And this time, and I think it's all of us, it's just like a slower thing trying to find that initial idea and get all inspired because we hadn't played for two years together. We're always talking, but just not doing that and doing band stuff and then trying to be creative again. I'm not worried. I mean, it will happen." 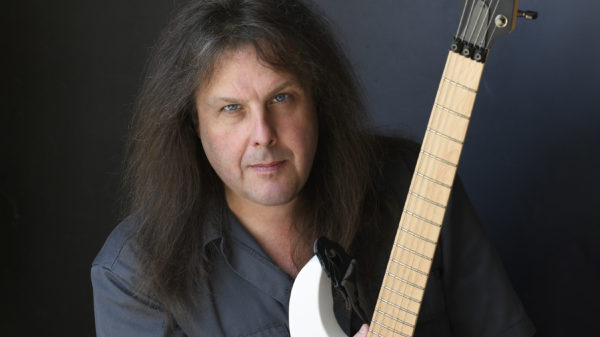 SYMPHONY X Working On A Follow-Up To 2015's Underworld

Guitarist Michael Romeo is riffing away.

Trope will open the trek.