Suffocation is working on their first new album since 2017, according to drummer Eric Morotti and bassist Derek Boyer in an interview with Vox And Hops. Morotti said the new album is less "overproduced" than their 2017 record Of The Dark Light, while Boyer added that the new stuff leans heavier into the band's more "beatdown" sound of yesteryear.

"Our last album Of The Dark Light had a different aspect," said Morotti. "It was a little more new school, new stuff, new editing… I don't know when the mixing went down, but everything sounds a little overproduced, and we weren't going for that when we recorded with [producer Joe Cincotta]. So the authenticity, whatever, of this [new album] is going to be a lot better because we might even just track it here in [guitarist Terrance Hobbs] studio."

"It is definitely Suffocation. It's not like we're gonna just add you know, classical guitars or violins or stupid shit that we're not famous for or influenced by," added Boyer. "We're always gonna stick to our guns. It's brutal, it's technical, it's fast, it's got real slow heavy beatdown stuff that you know, we've been kind of straying away from just because everybody's going so fucking fast and technical that we progress with the way the industry's progressing, but you can't forget that Suffocation has those heavy beatdown parts. So there's a lot of that shit too." 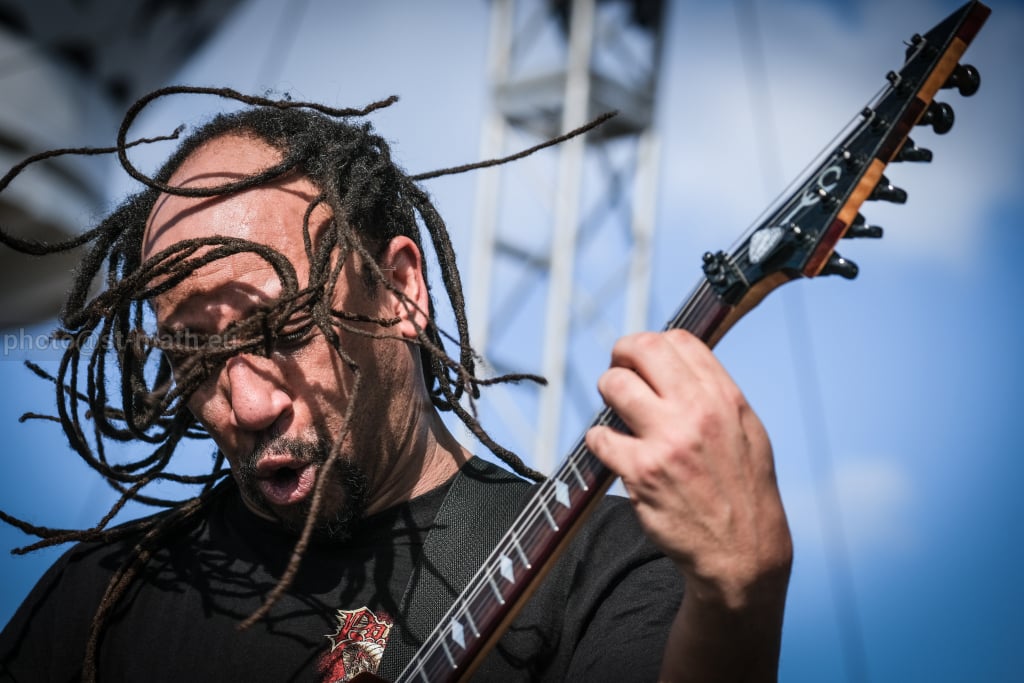