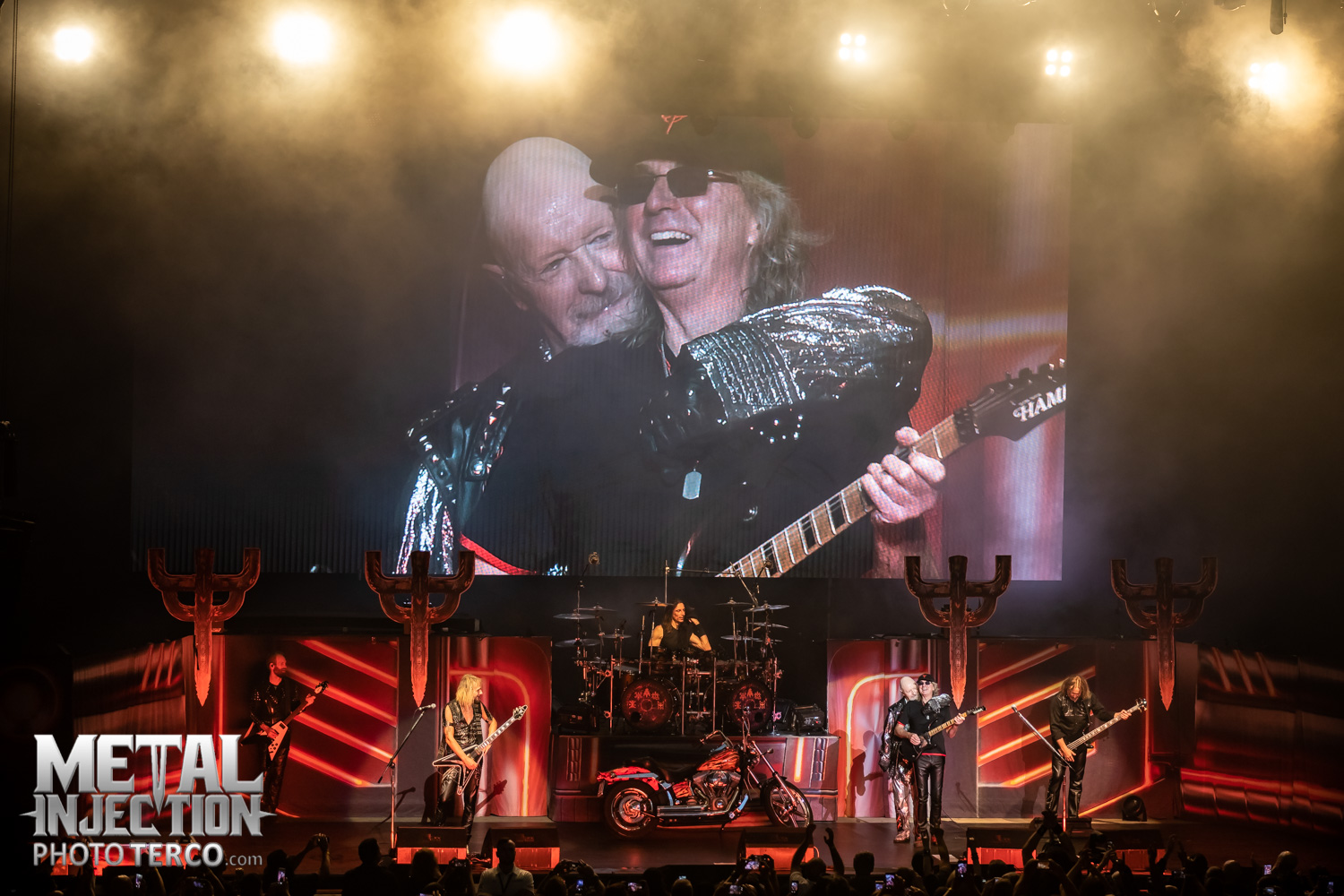 Guitarist Glenn Tipton stepped down from Judas Priest's live lineup in 2018 after revealing his battle with Parkinson's disease. The band stated that Tipton was still very much a part of Judas Priest, and has even joined the band on stage since for a few songs. Now in an interview with Mariskal Rock, vocalist Rob Halford confirms that Tipton will indeed contribute to and play on the next Judas Priest album.

"There's ways of doing this. Glenn can still play the guitar. He plays it differently, but he can still play. He walked out with us on Bloodstock recently [and played] 'Metal Gods', 'Breaking The Law' and 'Living After Midnight', I think it was. He can play. So he'll be on this next album. Whatever work he does, he's valuable — really important.

"He's a member of Judas Priest. He's still there. He's still an important component of this band and what this band represents, particularly in the writing sense. He made a massive contribution to the songs that we have so far. And we'll still keep writing — we'll still keep putting together the ideas. 'Cause you can never not stop writing. The calendar tells you, the label says, 'We would like a record blah blah,' because it takes months to prepare and then months of promotion. And the clock is ticking.

"So, yeah, he's good, man. He's still a fighter. He never lets anything stop him. He's a great force for people that are living their lives actively and productively with Parkinson's. So he's still very much [like] that 'No Surrender' song — a heavy metal hero."

Halford also confirms that Judas Priest has "completed songs" sitting around but hasn't gone into full production yet.

Judas Priest will hit the road in 2022 with Queensryche. Get those dates below.