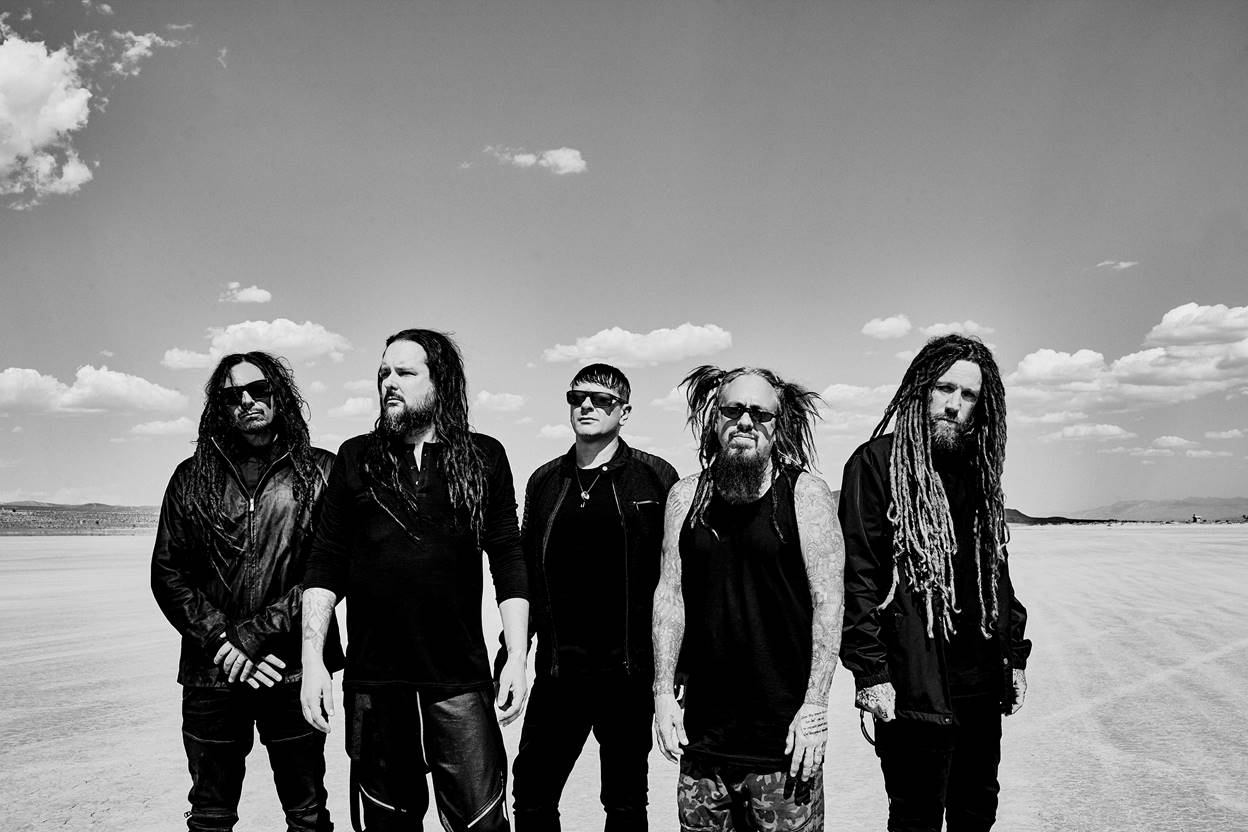 Korn have been working hard on new material and have been teasing as much for months now, so it's exciting to hear that they have completed writing a new album.

Frontman Jonathan Davis made the revelation to Kerrang! in a recent interview saying “We just got done writing a record! The band is in different spots all over the place now, too.

He noted the band as all over the country "I’m in Bakersfield, a couple of guys are in LA and a couple of guys are in Nashville. It’s like an act of God to get us all together to do anything. We have to plan that all out! I’m sure there are a bazillion other bands with new music to release, too. In the meantime, let’s just go out, play live and have some fun!”

Previously,  guitarist Brian "Head" Welch hinted to Metal Hammer that Korn are also toying with a covers album. While talking about new music, Welch said "We have five or six [songs] done, and Jonathan Davis was really hyped on the idea of doing unique covers — just something fun. So we need to get back into that frame of mind. With this time off, that maybe— something to do while we're at home."

Welch seemed excited about the prospects for this year in an interview with Knotfest teasing "Me and my Korn brothers, man, that's been the best thing in my life — to be back with them and to walk through the good and the bad times with them and create art together," said "We just have such exciting things to come next year, and I'm so excited for that. 2021 is gonna be a year of greatness. It's gonna be so, so amazing. Please let the shows happen — please."

In a separate interview with Rock Sound TV, Welch said "We're just really brainstorming about how to do something new and fresh. 'Cause we've been around so long. You've got bands like Tool and System of a Down — these other bands that go away. Even Disturbed was gone for, like five years. Breaking Benjamin was gone four years or something. Korn is always just 'go, go, go.'

"And so we're really just regrouping and trying to come up with something fresh and new for 2021 and beyond, to just make it exciting again. 'Cause we're still excited. And so we wanna make things exciting for our fans and just have a good time. So we'll be announcing something pretty soon."