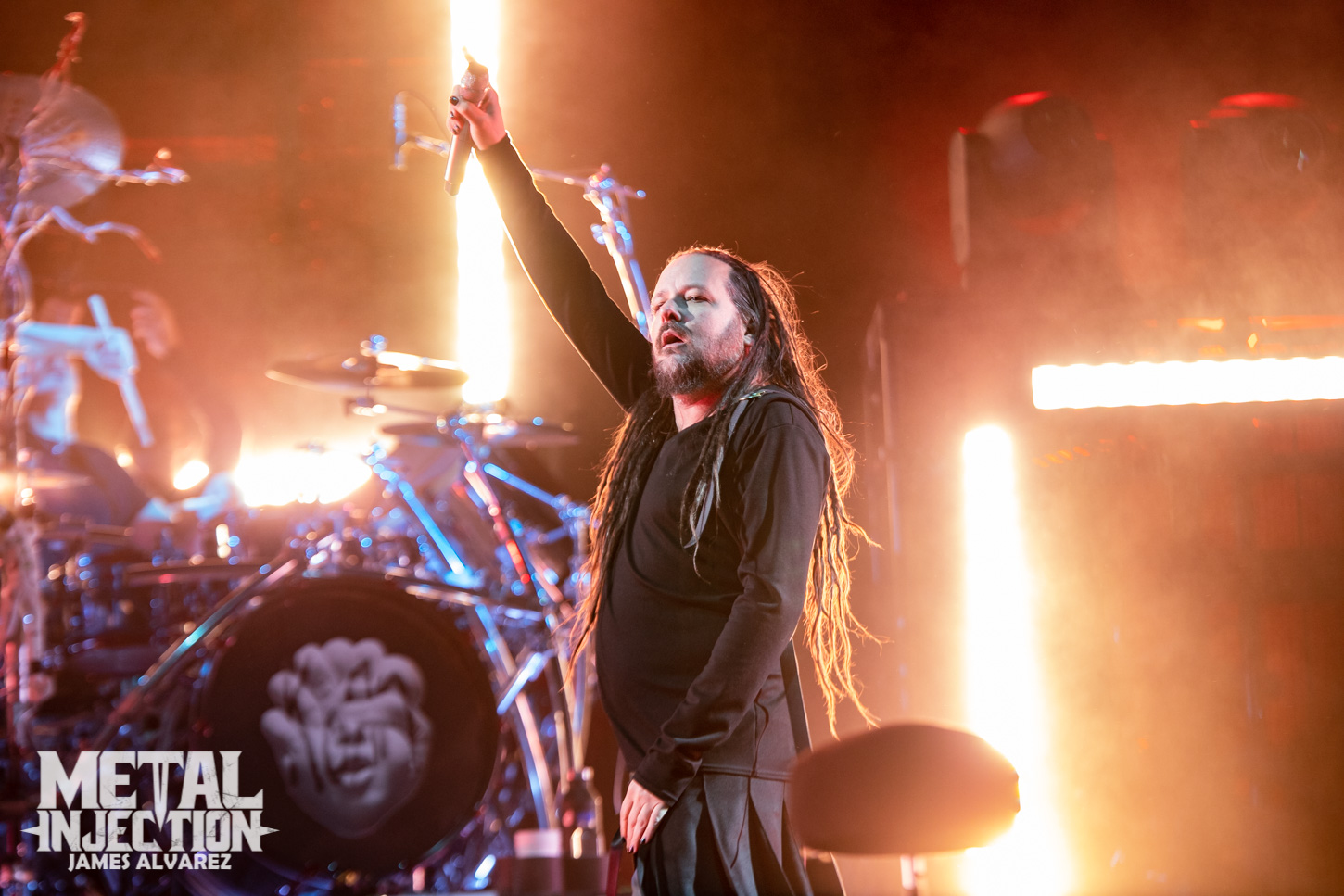 Korn originally played their Requiem Mass show on February 3 of this year at the Hollywood United Methodist Church in Los Angeles, CA. The band will release the non-acoustic portion of the show as a new live album called Requiem Mass on February 3, 2023. The CD version will feature the live album plus Korn's new album Requiem, while the vinyl edition will only feature the five songs found on Requiem Mass with an etching on Side B.

Requiem Mass is available for pre-order here and runs as follows:

Korn is also slated to play the upcoming Sick New World festival next year alongside their nü-metal counterparts System Of A Down and Deftones alongside way more. Check that out here.