JUDAS PRIEST Is In The Studio Writing New Material 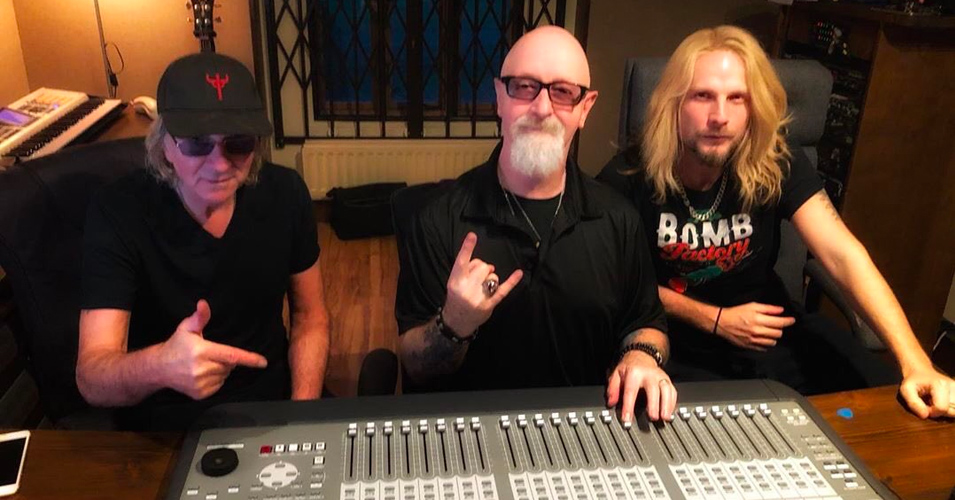 Judas Priest will embark on their 50th anniversary tour this year, which we've learned may or may not feature some of the band's ex-members and will dig very deep into the band's back catalog. Guitarist Richie Faulkner has revealed touring isn't the only thing Judas Priest will be doing this year, as he, guitarist Glenn Tipton, and vocalist Rob Halford are currently working on new material.

Halford pointed out in a previous interview that while new Priest probably won't come in 2020, "we're probably moving faster than we ever did, because the clock is ticking."

"Probably not, no. But we're starting work [on new material]. And like I've always said, it'll be ready when it's ready. But we're probably moving faster than we ever did, because the clock is ticking. Thank you, Rolling Stones. When I watch Mick and the boys, man, it makes my heart swell. And [the way] those guys are doing it at that point in their life — man. I said year ago, I wanna be screaming out 'Painkiller' when I turn 80; I wanna be on a stage somewhere."