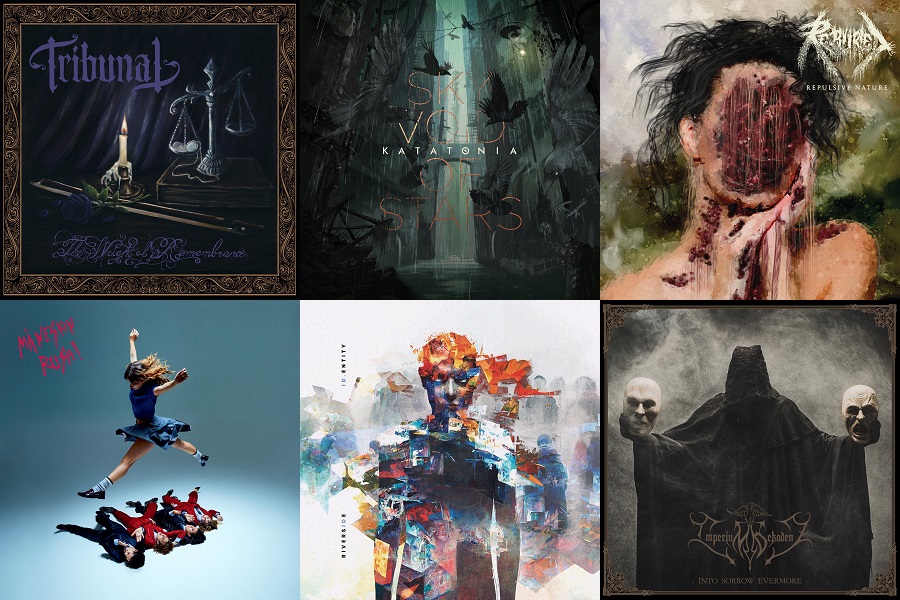 You can also check out select new releases here on vinyl via Gimme Metal. Now, to the metals…

Ché is a name and voice some of you may know from her frequent collaborations with Devin Townsend (Casualties of Cool, Ki, Empath). Her latest solo record is dark, experimental, poppy, soulful, and a lil twangy. The Crowned is a very cool record that's worth your time. It's not a heavy record, but she's one of us as far as I'm concerned.

Now on to the grim stuff. Into Sorrow Evermore is a dark record, but is one that doesn't feel like a bummer – despite the best efforts of the title. In our full review Jillian says, "Despite its doom and gloom, Into Sorrow Evermore leaves you feeling reinvigorated." And this is the best way to sum up this record.

Let's keep the darkness going, shall we? Their dozenth album is a varied adventure through a gothic metal landscape. This is progressive, sad, heavy, catchy, and more. Chad has a full review here.

While not the heaviest record of the week, this is a record of catchy rocking tracks with lots of swagger. This is a band with oodles of hype behind them, and I see why. Tom Morello does as well popping in to help on the track below.

The last record was not the heaviest of the week. This one probably is though. This is some of that nasty death metal with lots of reverb on the vocals making the whole thing sound like it was recorded in a nightmare. Max's full rundown is here.

Now here is something for the straight up prog fans. Their first album in half a decade is all the quirky grooves, lengthy compositions, and dense concepts you could hope for from these guys. This also marks the first with Maciej Meller (who took over for the fallen Piotr Grudziński) as a full member.

Tribunal – The Weight Of Remembrance

How about some more sad spookiness? Tribunal's debut brings the slow riffs and rhythms of doom, but they're shaking things up with some cello and moody turns. This hits hard in several ways. Max is at it again with a review here.

Wow this hits hard! The Decline sounds like old-old Mastodon if they were in a John Wick state of revenge rage. And it's also weirdly varied while remaining consistently heavy too. Very glad this caught my ear!