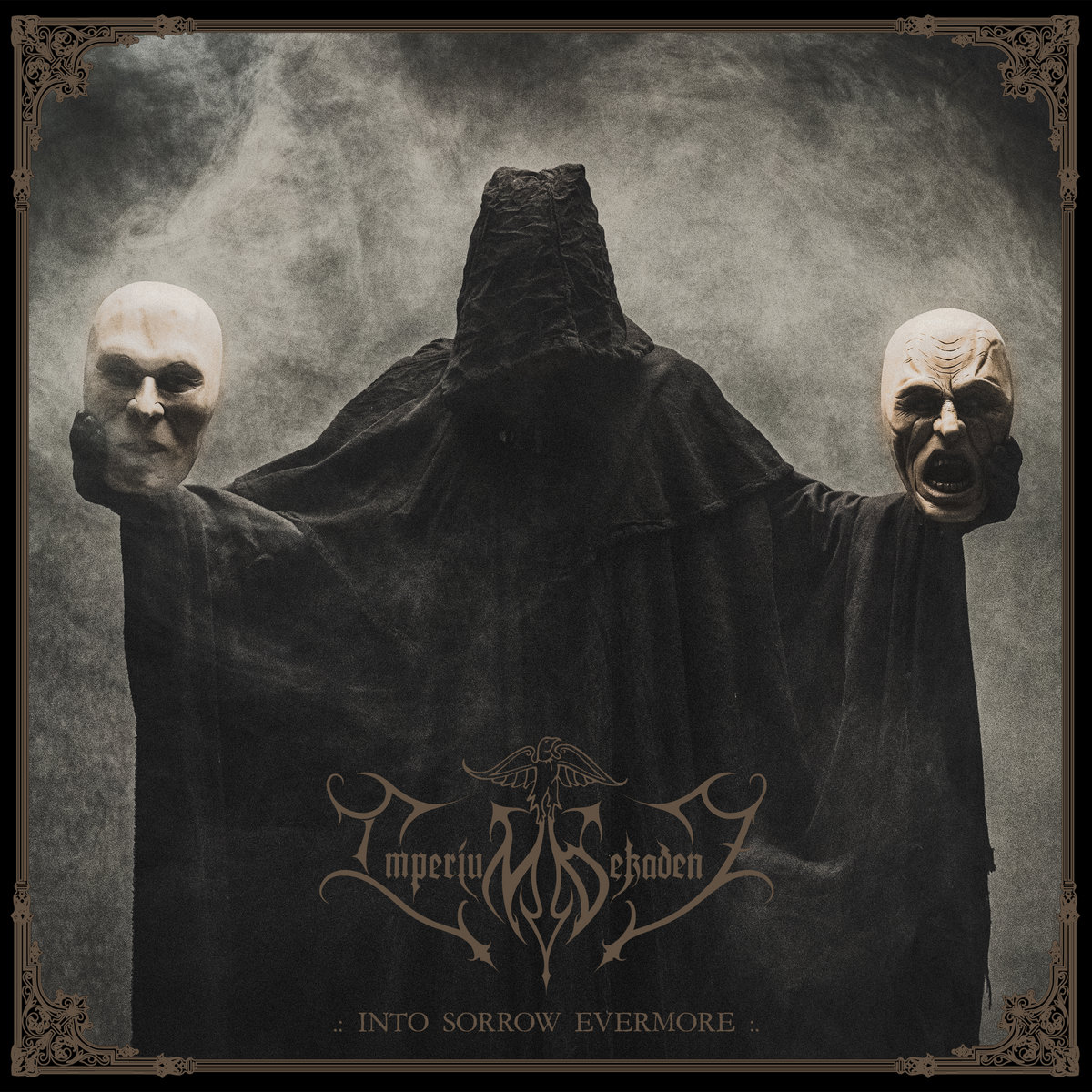 In a world in which each day brings a ton of new black metal premieres, Imperium Dekandenz’s music truly stands out. Founded in 2004 by musicians Vespasian and Horaz, this duo from the Black Forest delivers quality on every release. Even given the high expectations that arise from prior knowledge of Imperium Dekandenz’s work, Into Sorrow Evermore doesn’t disappoint. This record intoxicates you with its grim magic.

Into Sorrow Evermore melds beauty with a very specific type of raw yet refined charm. Of course, Imperium Dekandenz takes inspiration from Norway’s black metal legends. However, you will also find other influences skillfully interwoven on this album, some of which appear more heavily on certain songs than others. Despite the fact that the lyrics are in English, their spirit is often reminiscent of old German poetry.

This effort seems to have arisen straight from Imperium Dekandenz’s native soil. Its dense atmosphere surrounds you like a lush yet tragically inescapable forest. The music is often slow enough to allow you to sink into the mires of despair that it creates. Although some of the backbone actually gets lost in the atmosphere, it still works. Not only is Into Sorrow Evermore perfect for a nature walk, but it will actually help you reconnect with your inner nature. Listening to this album is a cathartic experience. A sense of existential searching persists throughout.

Into Sorrow Evermore is an offering that has been executed with great care. The drums and riffs are highly enjoyable. Despite its doom and gloom, Into Sorrow Evermore leaves you feeling reinvigorated. “Aura,” for example, is a very pretty song that is accented by keyboards. Overall, this is a remarkably pleasing, professional, and balanced record.

That said, Into Sorrow Evermore also takes you on a journey “through the flames.” Black metal should be dangerous; this album certainly challenges you to face the “void,” the fact that some things are irretrievable: “Time passes, fast and unpredictably, but always with the same goal…” Into Sorrow Evermore will strike listeners as philosophical and mystical. Yet, it is neither hateful nor Satanic, as Mayhem’s Euronymous believed that black metal should be. Although groups should make their own rules, the content has to be able to support the chosen form.

For the same reasons that many metalheads are bound to prefer this record to others, some True BM freaks will perceive it as a bit bland. Listeners may crave something more aggressive and/or individualistic. Into Sorrow Evermore sounds great on its own, but there are so many bands from Nidaros/Trondheim, for example, that have been continuing to set the bar high. (Although this should not affect your opinion of the album, it would be hard not to note that the music videos that have been released miss the mark to put it kindly.) Nevertheless, it seems that the Imperium Dekandenz duo has stayed true to their personal mission.

In this article: Imperium Dekadenz