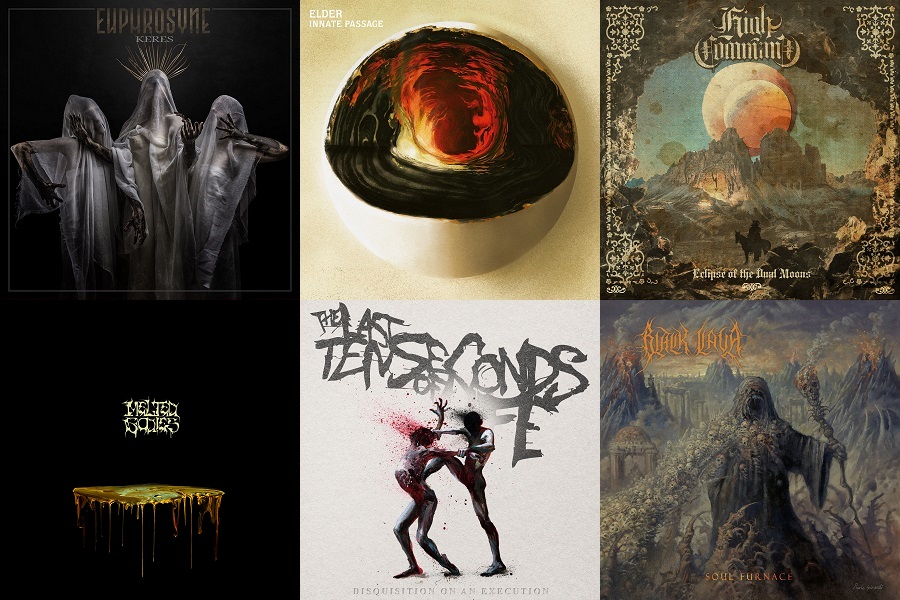 This week's new heavy metal releases include a lot of great EPs, nasty metal to fuel your Black Friday, and more!
You can also check out select new releases here on vinyl via Gimme Metal. Now to the metals…

Starting this week with a heavy one. This blackened death metal group features one of the techiest in the game in Dan Presland (Vipassi/ex-Ne Obliviscaris) and Ben Boyle (A Million Dead Birds Laughing/Vipassi), and yet the band is largely straight-forward. There are occasional flurries, but this is more of an album of evil grooves.

Circles – The Stories We Are Afraid Of Vol. 1

There appears to be no slowing of these Massachusetts turned German psychedelic lads. 2020 saw their incredible Omens record, then last year their collaboration with Kadavar, and now they're back with more spacey greatness. This will scratch the itch of stoners, prog dorks, and everyone in between. Max has a full review here.

I frankly don't know a lot about this band other than they rip. This EP is a hell of an introduction to this band though. They twist and contort though post-metal, black metal, symphonic metal, gothic rock, and there is even a dash of pop flair in there. They're like an extreme metal Lacuna Coil.

Now, how about some nastiness? This is a record of old school metal worship of quote a few eras. You're getting echoey death metal, thrash riffs, grooves, and more. Quite the sophomore release with no slump to be heard.

The Last Ten Seconds Of Life – Disquisition On An Execution

On Disquisition On An Execution The Last Ten Seconds Of Life Come in like a fucking hammer. There's an ebb and flow here where the ebb is a kick to the teeth and flow is punch in gut. And yet they also build an atmosphere within that with sudden silences paired with devastating heaviness. It winds up being unsettling.

Look at that cover. You know it's about to get weird. Strap in. This four-track EP sounds like 90's Mr. Bungle with electronic elements and a love for Dead Kennedys. If you're a fan of bizarre, genre-bending music you should start here and work your way backwards though this great band's catalog.

In August 2021 the long-time studio project of Tamás Kátai saw it's live debut, and this is that show. It includes Kátai and twenty-five other musicians taking on 15 songs from most of Thy Catafalque's oeuvre. It was clearly a feat, and it's rad to be fans now able to witness it since an international tour of these seems unlikely (and expensive to pull off).

Concluding this edition with something super fun that dropped earlier this week. This EP is a trio of songs about just what the name and cover implies… a helicopter that's also a velociraptor. Hell yes! I'm not sure what's next for Protest The Hero, but if Rady wants to keep this story going forever, I'm game for it.