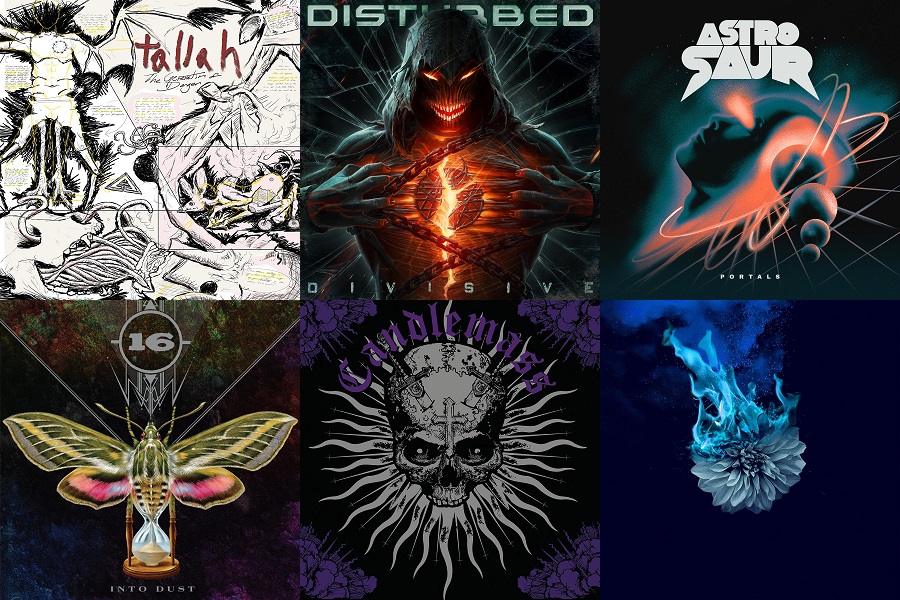 This week's new heavy metal releases include OG doom, some divisive inclusions to my column, and more! You can also check out select new releases here on vinyl via Gimme Metal. Now to the metals…

Starting this week off with something quite heavy. If you're hoping for slow and huge riffs, then this is the one for you this week. Occasional guitar-monies keep this form being all bad vibes, but this is a dark one.

Astrosaur are an instrumental band with no rules. I gave them a couple genre descriptors above, but Portals is so much more than that. Sludge, post-metal, progressive, thrash, shoegaze, kinda-sorta trance, and more are all present here.

Long-time slow boys Candlemass are back with their thirteenth album and second since the return of Johan Längqvist. You're getting non-stop riffs paired with epic vocals. No real surprises here, but it's hard to not bob your head to this one.

This is by no means a brutal record, but when the band decides to go hard they're heavier than Disturbed has been in a bit. The rest is pretty on par for a recent Disturbed released. Ann Wilson from Heart pops in on a song, which is a weird thing to happen, but honestly pretty cool.

There's a new Nickelback album out this week. It's called Get Rollin' and there's a song called "High Time" on it. There are other songs with some solid jams like this.

Stream it and pre-order all three acts here

In 1995 The Smashing Pumpkins unleased the undeniable classic record Mellon Collie and the Infinite Sadness. In 2000 they dropped the sequel album Machina/The Machines of God (which then also had its own sorta sequel album of b-sides). Now they are releasing the sequel to those in Atum: A Rock Opera in Three Acts and this is act one. Acts two and thee will be released next year. I'm curious to do a deeper dive on the lyrics and musical elements to hear reprises and stuff, but it just seems like such a daunting task.

Tallah – The Generation Of Danger

Tallah's sophomore record is wild. Musically you're getting something akin to Slipknot with breakdowns. Lyrically this is about a scientist forcing his employers "to take part in the greatest experiment the world of science has ever seen." You'll have to listen to find out what that means exactly.

Wolves At The Gate – Lowborn EP

Buy now from the band

Wrapping this week with a little Christmas metal. This EP is five tracks and features none of the Santa Christmas stuff. You're getting an "O Holy Night," a "Come Thou Long Expected Jesus" and the likes.