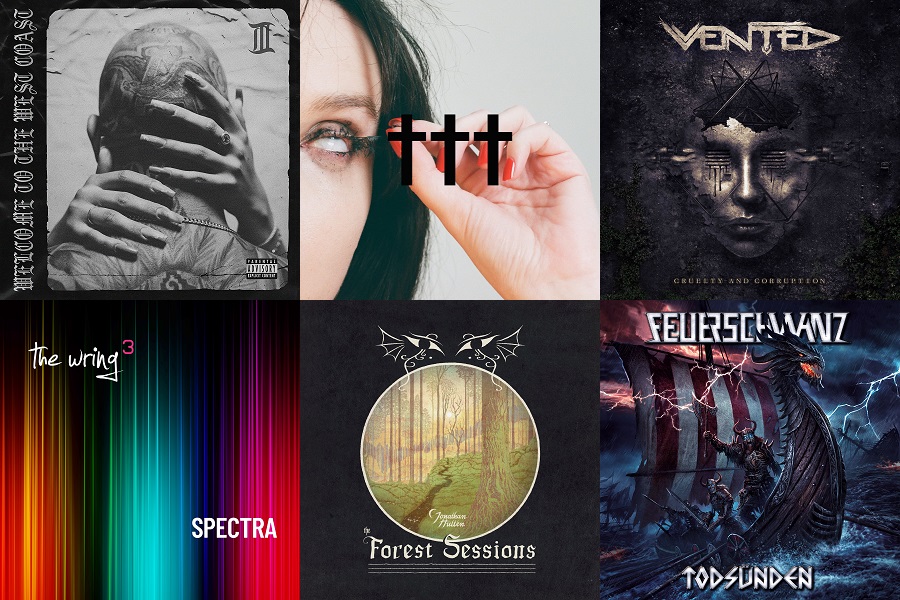 The last entry of the Weekly Injection for the year includes dreamy side projects, forest folk by folk in a forest, grooves, and more! To the metals!  Check out select new releases here on vinyl via Gimme Metal.

It's been eight years since we've heard from Crosses, but they're finally back after some shakeups. The project is now just Chino Moreno and Shaun Lopez, but the duo still bring the the catchy spacy jams. This is a great one to get lost in.

Want a sonic beatdown? No? Weird that no one ever says yes to that. Anyway, you're getting one here whether you like it or not. This is straight-up Bay Area hardcore with lots of guest spots. Guests include Jamey Jasta, Ice-T, Anthony Martini (E-Town Concrete), and more.

Woods Of Desolation – The Falling Tide

Also after an eight year gap, today sees the return of the epic and evil sounding Woods of Desolation. Main-man D. is nailing the balance of ethereal beauty and grim metal. A perfect winter(ish) record.

If you were a fan of the ex-Tribulation guitarist's work on either Chants From Another Place or The Dark Night of the Soul you'll probably dig this. This experimental versions of some of those songs. Jonathan is calling a majority of these the "forest" versions, so you better head out to the woods to enjoy these properly. Jeff has a full review here.

With dudes from Chimaira, DevilDriver, and more, you know you're in for some heavy grooves, and Vented deliver. Other than the occasional break to wonder how they did some guitar trick or drum fill, you will be headbanging non-stop on this one.

Here's one for prog dorks. This outfit's third outing features drums by Marco Minnemann so you know the rhythms are mad. The regulars in the band ain't slouches either though. This is intricate and melodic prog done well.

Prior to this entry I was completely unaware of The Alpha Incident, but I'm usually drawn to a band that claims the progressive genre, so I gave them a shot. Good golly, am I glad I did. This album is so much I enjoy tossed in a blender. At times it reminds me of Porcupine Tree, other times Zeal & Ardor, then there will be moments of Trivium, Dream Theater, Periphery, and more. What an album!

Akane Liv and Liv Moon have returned after a decade since their last full-length. They have a 50% new line up, but still bring the epic, symphonic metal. They have a violin player with them now and this always gets my attention. More bowed instruments in metal!

As a teaser for their tour together next year Trivium and Heaven Shall Burn are covering each other on this spilt. HSB are taking it WAY back with "Pillars of Serpents" while Heafy and the boys cover "Implore the Darken Sky." I always love when bands do this sort of thing. I'm a sucker for mutual admiration.

Now to play us out for the year we have a covers album from folk metal rascals Feuerschwanz. They'll be turning heads with their takes on Abba, Europe, Ghost, Ed Sheeran, Bloodhound Gang, Amon Amarth, and other artists and bands. This is record is endless fun.