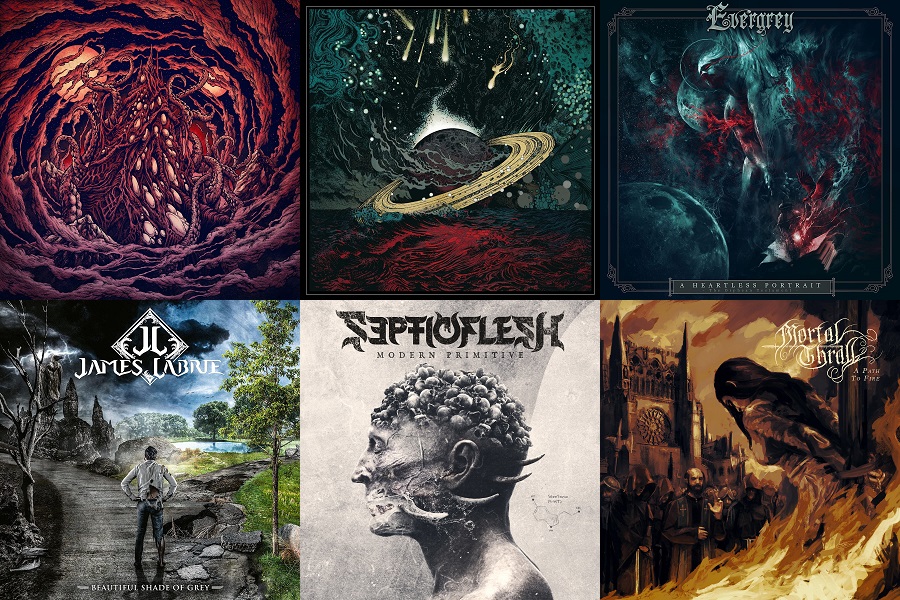 This week's new heavy metal releases include epic metal in various forms, "Baroque-influenced" metal, and more! To the metals…

Starting this week with some evil stuff. The fourteenth album by Blut Aus Nord is unsurprisingly haunting and dark. It's like ominous cinematic score with blast beats.

If you're a fan of Cave In (and why wouldn't you be?), you're gonna get a lot of them here on Heavy Pendulum. This is seventy-plus minutes of spaced-out, progressive, sludgy weirdness. It's their first with bassist Nate Newton (Converge) and he fits right in.

With so much time off the road in 2020 and 2021 it only makes sense for the already rather prolific Evergrey, to spend their time writing oodles of epic prog jams. Album number thirteen has Tom Englund and the boys coming off angrier than the last record. Still plenty of epic singalongs in the rage though.

When James is away from his fellow Dream Thespians (that's got to be what they're called, right?), he winds up being a bit more straight-forward with his songs. Beautiful Shade of Grey might be his most melodic solo record yet as it seems like he has ditched his harsh co-vocalist this time. This really showcases the strengths of LaBrie. Jordan has a full review here.

Here's something that will get a circle pit spinning. Malevolence have a lot going on with this record. Hardcore fury, metalcore anthem choruses, surprisingly techy lead-lines, and big ol' grooves. They're like if you glued All That Remains to Hatebreed. And what a fun premise for a film that would be. Max has words on it here.

Mortal Thrall – A Path To Fire

When skimming bands to talk about this week Mortal Thrall caught my eye because their press-release included the line, "Baroque-influenced, post-black metal." This is the kind of stuff that gets my attention. Like most post-black metal records this has pretty consistent tremolo picking, high-speed drums, and lots of atmosphere, but there is that little something special mixed in that gives it some classical whimsy. It's a unique record that breaks the mold of their sub-sub-(sub?)-genre.

Wrapping this week with some epic shit from our favorite Greek vampires. Their first record in five years scratches an itch that only they can with their grand symphonic elements coupled with solid death metal. Jeff has a full review here.