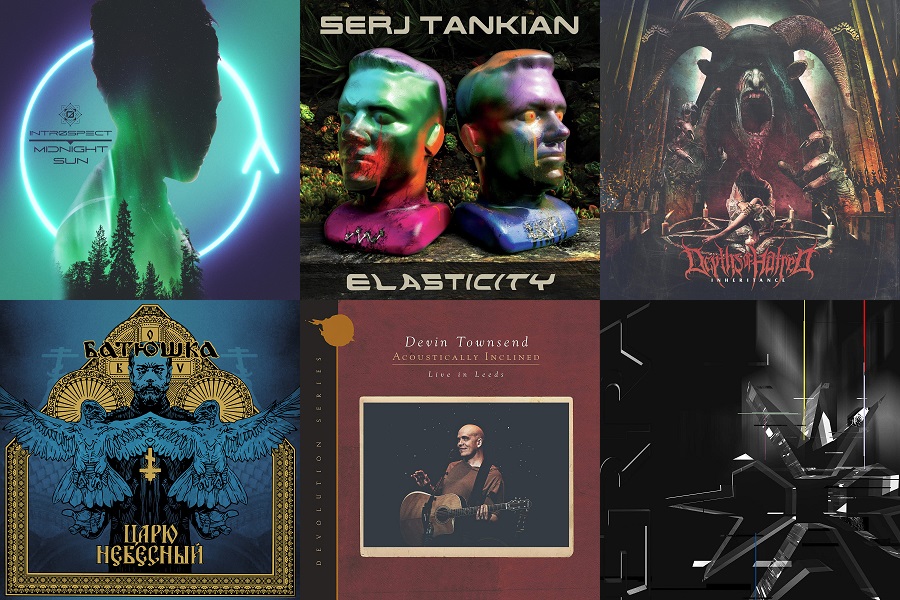 This week’s new heavy metal releases include one of the Batushkas, proggy atmosphere, joyful folk metal, and more! To the metals…

Following last year's live album and the Раскол EP, Bart's Batushka is already back with six more tracks of epic black metal. This is grand orchestration blended with with blasting, chanting, and frosty rage. Drama aside, this EP will be a highlight in any version of this band's career.

In keeping things both heavy and epic we have the sophomore album from Dvne. This outfit is all about slower heaviness akin to The Ocean or Isis. Like both of those bands there is also loads of atmosphere to get lost in. This is a stellar post-metal album, but labeling it as such doesn't begin to describe it.

On their first record since 2014 Depth Of Hatred came back swinging. Inheritance is loads of low-tuned guitar chugging, melodic backdrops, and surprisingly catchy sections. This one is for fans of Thy Art Is Murder, Carnifex, and the likes.

On their fifth album, and first with new label UNFD, Erra are at their most Erra-y by design. So It's fitting for this to be their self-titled record. This album sounds like it encompasses everything the band has done over the last decade. You're getting August Burns Red guitar wizardry, Deftones atmosphere, and Saosin emotional weight. All with the Erra's nuances.

Just to keep the prog going, here's the new EP from Intrøspect. This band combines djent rhythms, extravagant vocals, and post-rock vibes into one one sound. I look forward to this band's future, because this EP and their 2019 EP Ad Astra serve as a hell of a introduction.

Over the the decades Saxon have done just about everything you'd expect from a band. They've done live albums, acoustic renditions, re-recordings, orchestrated versions, so a covers album makes sense. This sees the heavy metal legends putting their spin on songs originally by The Rolling Stones, The Beatles, Deep Purple, Motörhead, and many of the bands your uncle swears were the apex of music mastery. Chad has a deep dive here.

With System of a Down still not playing nice, Serj decided to drop some songs that were meant for the band under his own name anyway. These don't quite feel like SOAD songs, but they're on par with those first couple Serj solo albums. Still, this EP will hit you with a wave of nostalgia as only his unique vocal delivery of words like "autocracy" or "profiteering" can.

While hard at work on his Puzzle project Dev is dipping into his vault of recordings and offering up this acoustic set from 2019. This is just voice, guitar, and some echo, but it still has a ton of weight. This is a must have for Townsend dorks as you're getting songs from all eras of his work with some Devin Townsend Band on "Let It Roll" and "Deadhead," Project with "Ih-Ah" and "Terminal," and even SYL's "Love?"  If you got the super special version of Empath you've already got video of this on one of the bonus discs, but now you can take the audio with you.

Ending this week with a fun, weird EP from Trollfest. This is an original track and three covers. This is a pretty standard set up for an EP, right? What makes this weird is the choice of songs to cover. Trollfest are taking on "Don't Worry Be Happy" by Bobby McFerrin, "Happy" by Pharell, and "Cartoon Heroes" by Aqua. It's hard not to smile listening to this. Wholesome metal!