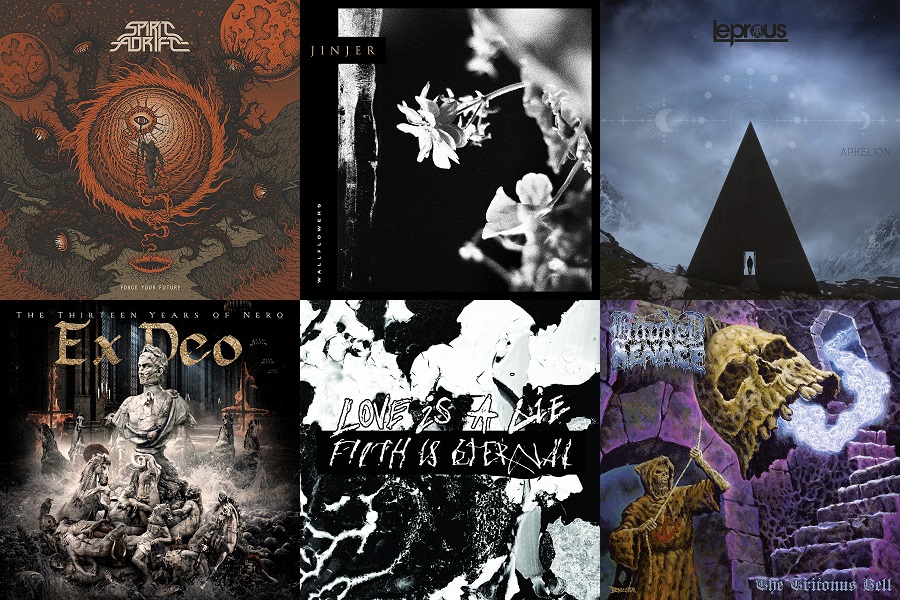 This week’s new heavy metal releases include epic death metal, some nightmare fuel, big riffs, and more! To the metals…

Over the last thirteen years (like the album name!) Maurizio Iacono from Kataklysm and his gang of metal pals have been telling tales of ancient Rome. Now on their fifth album, they are focused on Nero. There are songs about his mother Agrippina, Boudicca, and lots of other stuff I would need to Google. If you're into epic stories or epic death metal, get on this record. Chad does a deep dive here.

Filth Is Eternal (fka Fucked and Bound) have returned with a new band name that you don't have to search for while incognito. Filth Is Eternal, Love Is A Lie still features brief songs that are bursts of pure aggression, but within these bursts they are covering more ground that ever before.

If you're on a quest for lengthy gloom-infused death metal tracks, then you're searching for something very specific, buy you're in luck this week. The new Hooded Menace combines classic death metal riffs, slow ominous doom, the production style of a band like Gatecreeper, and still manages to be super catchy. The Tritonus Bell is spooky, but sticks in your brain and haunts your mind.

After being forced to flee home mid-tour in 2020, Jinjer used their time off the road to work on what they're calling their most aggressive album so far. This album is more dynamic than they are giving themselves credit for though. When the heaviness of Wallflower hits, it hits hard with chunky breakdowns and breakneck rhythmic shifts, but when that is juxtaposed with soaring emotive parts like in the titular track, this band is really able to showcase their layers in an impressive way. 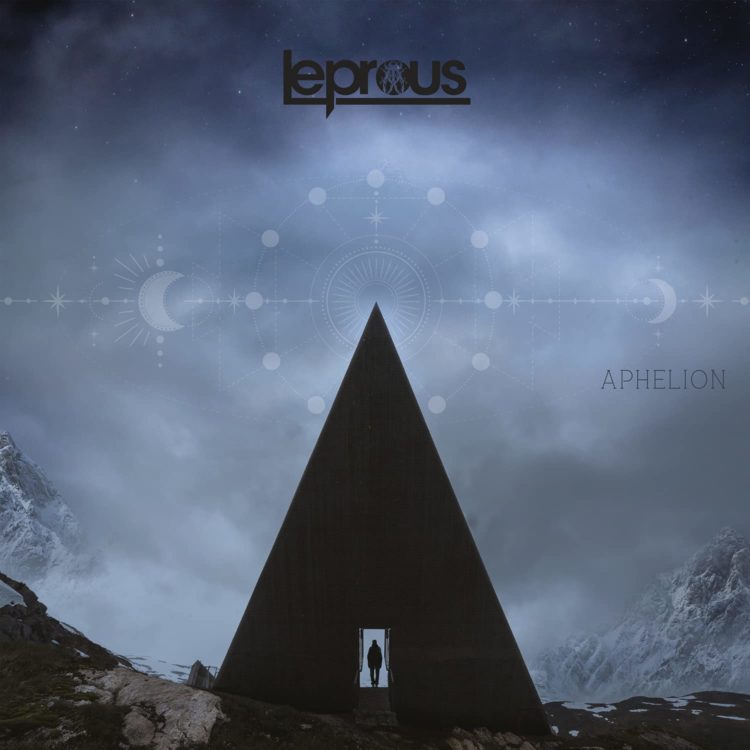 Over the last half decade or so Leprous has been straying from their metal roots on their progressive journey. They stopped using harsh vocals, Malina had low-gain on guitars, and Pitfalls felt more like a series of cinematic pieces. Aphelion has moments that hearken back to some of the Coal/The Congregation days of the band while remaining cinematic. The only thing it needs to be the most Leprous album it could be is a cameo from Ihsahn. Jordan has a full rundown of the record here.

Now for some very different prog. This quintet of Croatians sounds like a mixture of Haken's love of the 80's, Devin Townsend's theatrical styling, and Faith No More's genre bending. This is a fun, upbeat romp of an album.

Our Place of Worship is Silence – Disavowed, and Left Hopeless

Let's shift to something that's not upbeat at all! The latest from this duo sounds like a nightmare, and this is my no means a slam on quality. This sounds like a horror show with lots of reverb, howling vocals, and turbulent percussion. There are melodic moments that give a bit of a relief, but for the most part this is bleak and angry. Check out the full stream here

Time for RIFFS. Last year saw the release of the stellar Enlightened in Eternity which didn't get the touring it deserved. Instead Spirit Adrift holed up and started writing some new stuff, and this EP is their favorite trio of songs that they wrote and recorded in lockdown. It's all the bombastic heavy metal you've come to expect and love from these guys.

There's a lot going on with this band. Their own Bandcamp bio calls them, "Epic doom metal from the wastes of Mercury." I can't vouch for the Mercury thing, but this is pretty epic. However, this new record is more of a melodic black metal with death metal weaved in. I supposed there's a bit of a doom atmosphere, but it reminds me a lot of the last two Daniel Lioneye records.

This album is a ride. One song will be a track that is sure to get a pit going at a show held in a storage unit and the next will be a feel good summer jam curated for a Coachella crowd. This is a record that could both appeal to and be off-putting to fans of Tame Impala and Knocked Loose at the same time. The blend of these two worlds is very cool. Max's review is here.

While the world continues to wait for Mikael Åkerfeldt to pull another Opeth record out of his big floppy hat, bassist Martín Méndez has been keeping the heavier side of his brain active with White Stones. This is their second album since their inception in 2019 and it is unsurprisingly rhythmically driven since is headed by a bassist. If you're foolish like me and slept on the first album, but are a fan of the early days of Opeth, you'll enjoy this.

Wrapping this week with some grim Canadian crust. The third album from this outfit is delightfully nasty sounding. The guitar harmonies between Colby Hink and new guitarist Kyle Tavares are often offset by the darkness of the vocals and fury of the drums. They're kinda like Kvelertak, but sans all the fun vibes.