THE WEEKLY INJECTION: New Releases From ENSLAVED, MINISTRY, and More Out Today - 10/1 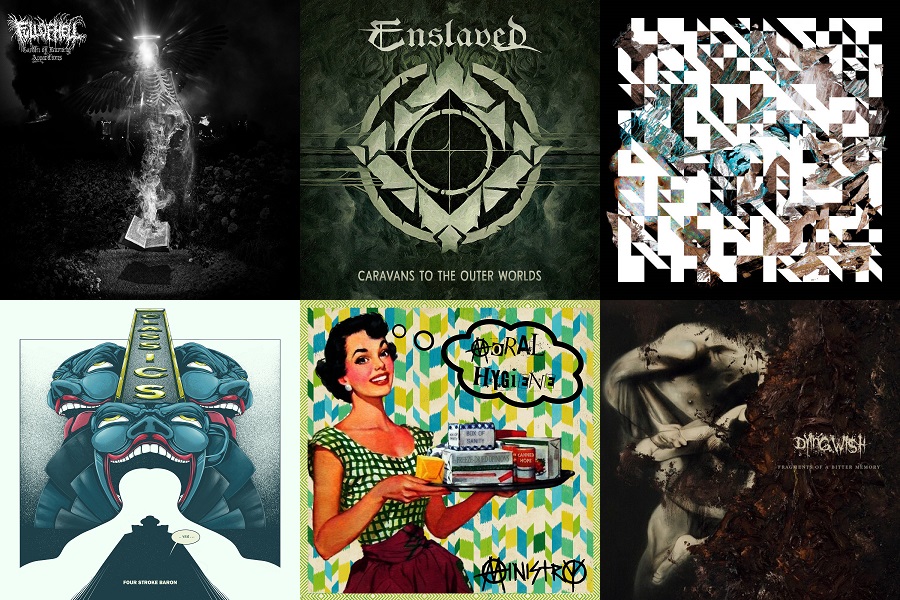 This week’s new heavy metal releases include politically-charged industrial from everyone's tattooed uncle, metal that scared my cat, and more! To the metals…

ALSO! Today, Bandcamp is doing their day of giving 100% of what you pay directly to the labels and artists as Covid-19 Pandemic relief. So if you can get stuff from Bandcamp, please do.

Asking Alexandria – See What's On The Inside

Starting this week with some anthemic hard rock. Danny Worship and the gang well get these catchy ass songs lodged in your brain. Probably not for everyone, but a Welcome To Rockville (or the likes) attendee will be excited.

Come for the wacky track titles, stay for the uneasy sludge. This is heavy, feedback-laden stuff. For fans of Whores. and the slow caveman parts of The Dillinger Escape Plan. This will be your favorite Anti-Kansas City album of the year.

Now here we have a hell of a debit from Dying Wish. This young quintet is combining hardcore furry, metalcore grooves, and lots of emotion to this. Lyrically this is intense and cathartic as vocalist Emma Boster puts a lot of her life out there.

Enslaved – Caravans To The Outer Worlds

Everyone's favorite frosty progsters are back with four new epics. I was surprised to see these guys popping up so soon after last year's mighty Utgard and four live records from this year. The band may have offered more Enslaved than you can handle over the last year, but I'll take the feast over the famine.

On Classics Four Stroke Baron bring a rather unique flavor of prog. Parts of the record have Gojira grooves and love for harmonics, but it's blended with late-Devin Townsend Project glee and theatrics. The influence of the latter might be purposeful as Dev mixed this one. Then the vocals have an almost 80's Depeche Mode vibe to then.  It's very weird and very cool. Corinne has a review right here.

Oh wow. This is unrelenting. The of combination aggression and shrill noises is something this band does so well. It shouldn't be so captivating but its. Holy shit, my cat got scared and left the room while I listened to "Glacial Plasma." So if you're into cat-scaring music, this is your pick this week.

Full Of Hell's fifth album is a twenty-ish minute journey through darkness, noise, and rage. This feels like everything the band has done before (and more) serving as both a nod to the fans that have been their the whole time and as an introduction to new listeners. Greg writes a lot of words about it here.

KK's Priest – Sermons Of The Sinner

After leaving Judas Priest K.K. Downing did the next logical thing which was to get a couple other former JP fellas and form his own Priest. On drums we have Les Binks (who had his own non-Priest band called Les Binks' Priesthood) and Tim Owens (the inspiration for the Mark Wahlberg film Rock Star) on vocals. This is bombastic heavy metal as you'd expect from this outfit. Chad chats about it here.

Wrapping this week with Uncle Al. Every Ministry album is politically charged, but this one feels especially so. After all the shit since the last album in 2018, it's not surprising. However, it feels heightened on certain tracks with appearances by Jello Biafra (Lard reunion) and NWA's Arabian Prince. Musically, it unmistakably Ministry. Riley reviews it the record here.