THE WEEKLY INJECTION: New Releases From ABORTED, THE METALLICA BLACKLIST, and More Out Today - 9/10 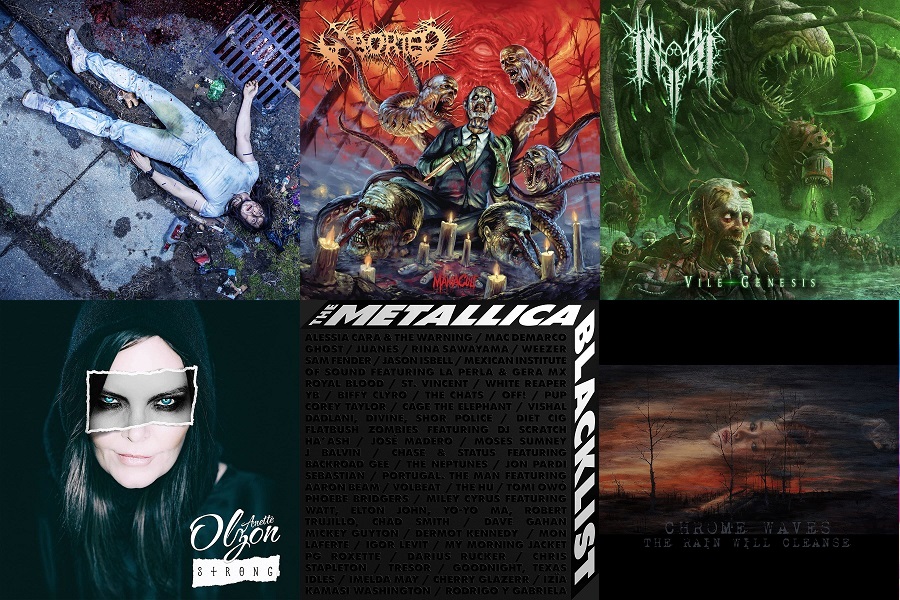 This week’s new heavy metal releases include oodles of covers of songs you know by heart, a good time deity gets artsy, me overusing the word "sonic," and more! To the metals…

Starting this week with a bludgeoning. Aborted are not fucking around on their eleventh album, though they rarely did before. This is nonstop sonic rage. They even brought in a heavy friend in Humanity's Last Breath's Filip Danielsson for "Drag Me To Hell" if the core band wasn't enough for you. Frank has a full chat with Sven here, while Kevin is less excited about the new album here.

Everyone knows Andrew W.K. as THEE party guy, and why wouldn't you? He's had multiple singles about partying and this album literally has him claiming to be the good time deity. This record isn't what I'd suggest to put on as a soundtrack to a rager though. Necrosexual has a full review here, but he really sums it up in the opening lines "God Is Partying is a tale of two Andrews. One is the Andrew W.K. who loves to party hard. The other is Andrew W.K. the artist."

Chrome Waves – The Rain Will Cleanse

This album's title The Rain Will Cleanse is oddly fitting. This record feels like a water flowing over your with loads of atmosphere, aggressive percussion, and the perfect balance of darkness and beauty. It sounds like a sonic storm. If you dig the new Deafheaven, you'll probably enjoy this.

Now for some epic flurries! Just under a year after last year's stellar EP Of Sunless Realms Inferi are already back with a full record of technical melodic metal, because there was no touring so whatever were they do to? This record continues the winning streak the band has been on since Revenant, so if you dug that, you'll probably dig this as well.

It's been seven years since Anette released a solo record which makes sense since she has been busy with The Dark Element, Allen/Olzon, and more importantly a day job as a nurse. On her long-awaited sophomore release, she's turning the driving synths, symphonic elements, and energy way up. She also tapped Magnus Karlsson (Primal Fear and a million other things) to help out on this record.

Sure, Metallica are re-releasing The Black Album with all sorts of bells and whistles today which has demos and live stuff. However, The Metallica Blacklist is where the really interesting stuff is happening. This has 53 artists taking on the album's twelve songs in their own ways. You're getting Biffy Clyro contorting "Holier Than Thou" into an old school Biffy monster, Kamisi Washington turning "My Friend Of Misery" into a jazz odyssey, and literally a dozen different takes on "Nothing Else Matters." You're probably not going to find a lot of heavier versions of the songs here, but you still might discover some new artists along the way.