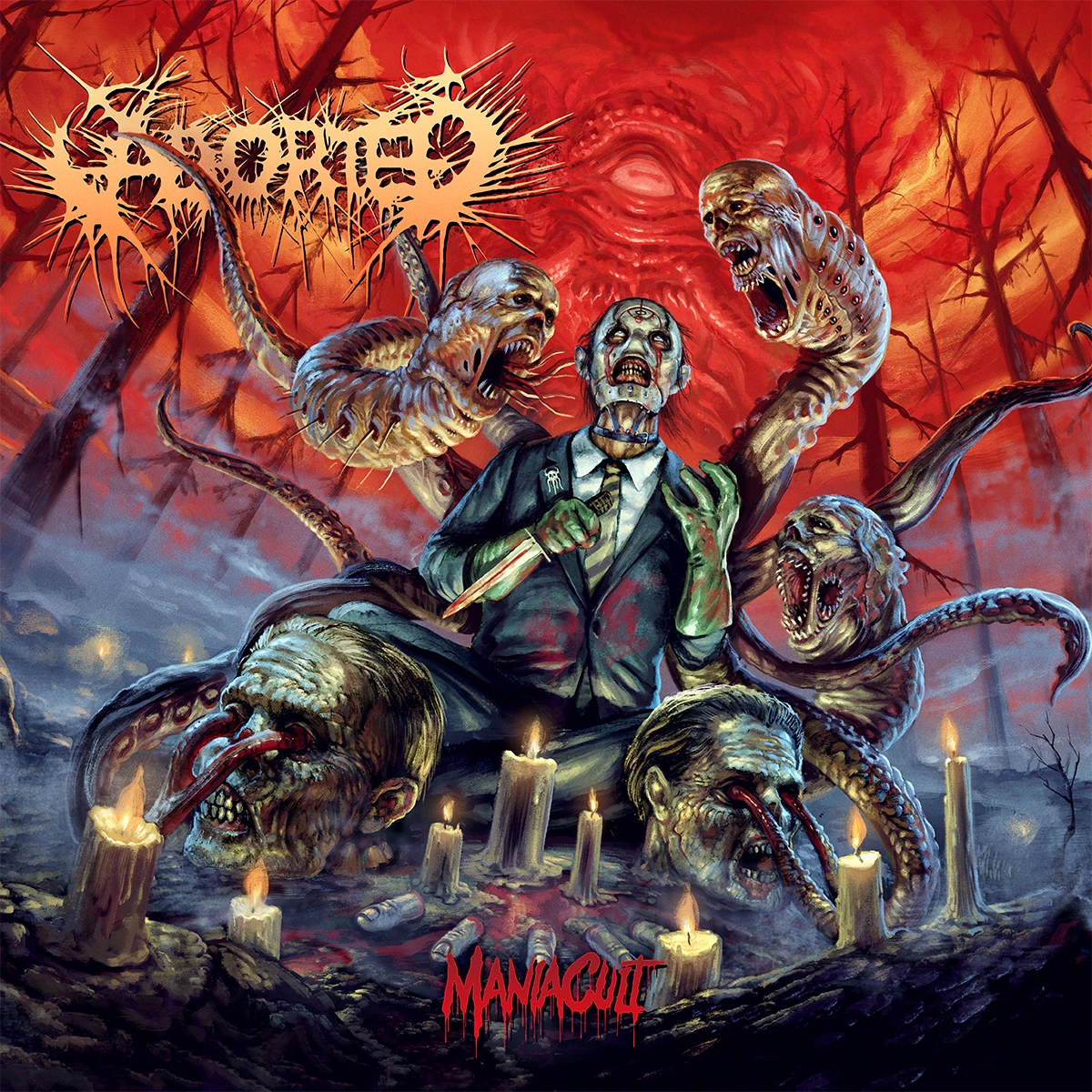 Not to harp on recent governmental moves towards regressive fundamentalism, but does this now mean that these (sorta) Belgian death metal greybeards aren’t allowed to exist in Texas after six weeks? Are Lone Star State residents at risk of being strung up for a cool ten grand if they’re caught blasting any of the band’s eleven deep discography? In the end, does any of it matter because the half of the population that doesn’t get felled by COVID are probably going to keel over from BBQ-induced artery clogging and heart failure? Or will the power grid fail with weather extremes and fry everyone in the summer who didn’t freeze in the winter? And just how did a review of the Aborted’s latest album meander into a slamming of Texas (however deserved it may be) anyway?

Unfortunately, these are the contemplations that were discovered to be bouncing around my cranial dust chamber as ManiaCult ambled and wheezed around in the background. Aborted’s eleventh full-length makes it discouragingly easy to find oneself distracted by external stimuli and invasive thoughts. The disengagement factor is high with this record as you wait for something to leap out and power slam your earholes into the filthy floorboards. Ultimately however, you’re kept waiting.

The first song proper, the title track, kicks in with a slinky riff that’s two parts face melter and one part hip shaker — that’s after a yawning intro oozing with ‘I-just-bought-a-Casio’ ennui — accented with guitar work draped in sine wave fluidity on one end and hindered by hokey, mid-‘00s metalcore keyboard nonsense on the other. “Dementophobia” spins some Rust in Peace-era MegaDave around the deathlier side of the NWOAHM movement to decent effect. However, the next bit that really caught hold of your humble reviewer’s famed eyebrow crook didn’t come until the pub rock-meets-tech death shredding lead in “Grotesque” some five songs later. There are stabs at staccato brightness and epic chord expanses in “Portal to Vacuity” — ironic title, innit? — but being bookended by achingly dull riffs steeped in black metal rudiments doesn’t help separate the song, or band, from the pack. Similarly, “Ceremonial Ineptitude” punches in with a promising right cross of a chugger before unfortunately devolving into a subpar slathering of Leng Tch’e over Cradle of Filth.

Where the songs struggle to pierce the armour of death and black metal trope saturation, the leads proffered by Ian Jekelis throughout the album do worlds to bump up his standing the eyes of six-string shredders and fret watching nerds far and wide. His smooth legato, adventurous note selection range and Zappa-esque attention to dynamic phrasing (not to mention that the leads are super-loud in the mix) are the album’s consistent highlight. In “Impetus Odi” he injects a minute of frenzied excitement into a track that itself has some semblance of hooky chorus, but exploits death metal basics like Amazon exploits its labour pool. The solo’s rapid fire swing between discord and consonance in “Ceremonial Ineptitude” delivers on the failed promise of the songs’ opening seconds and Jekelis’ finger gymnastics pull “Drag Me to Hell” out of hellish dullness.

Too much of ManiaCult seems satisfied adhering to Aborted’s own firm establishment and not actively trying to raise the bar, let alone expand upon their wealth of experience to do much noticeably different. On top of that, while Aborted aren’t new to the idea of having members located here and there and everywhere (in fact, they were one of the earliest transcontinental/national outfits in death metal), ManiaCult sounds cobbled together and lacks cohesive energy. You’ll probably still be able to rip along I-10 from Houston to El Paso blaring this album from a shitbox used Pontiac in which the souped up stereo is worth more than the car itself. But, why would you want to when there are so many more selections to choose from (even the band’s own works from 2003-2008) that prize definitiveness over rehashing this, that and the other?

Advertisement. Scroll to continue reading.
In this article: aborted 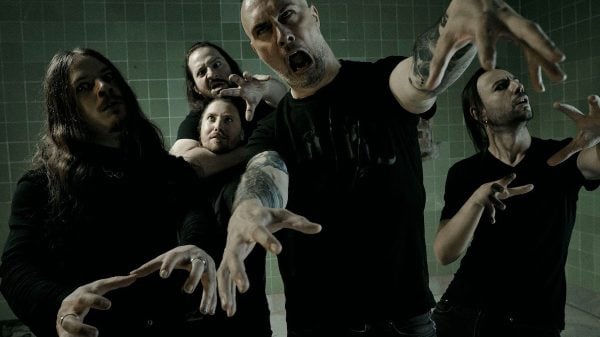