THE WEEKLY INJECTION: New Releases From LINDEMANN, MONSTER MAGNET, and More Out Today - 5/21 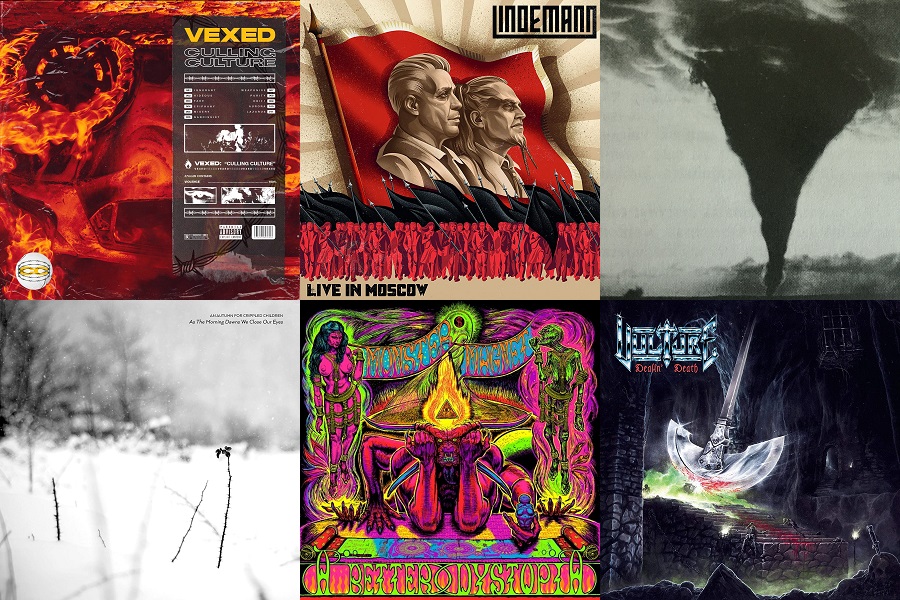 Back in 2019 when shows were common place, Amorphis set up recording equipment at a hometown show and captured the evening. This live record includes fifteen tracks that highlighted the most recent album Queen of Time. Long time fans should still be excited as they're also getting a couple tracks from Elegy, a couple from Skyforger, and others from older albums.

If you're in the mood for some dramatic blackened post-rock, then this is the record for you. This feels like the album that the band have been inching towards over the last few releases. As The Morning Dawns We Close Our Eyes is dreamy, has some 80's new wave flare to it, and is rather pretty despite black metal shrieks throughout.

Dr. Colossus – I'm a Stupid Moron With an Ugly Face and A Big Butt and my Butt Smells and I Like to Kiss My Own Butt 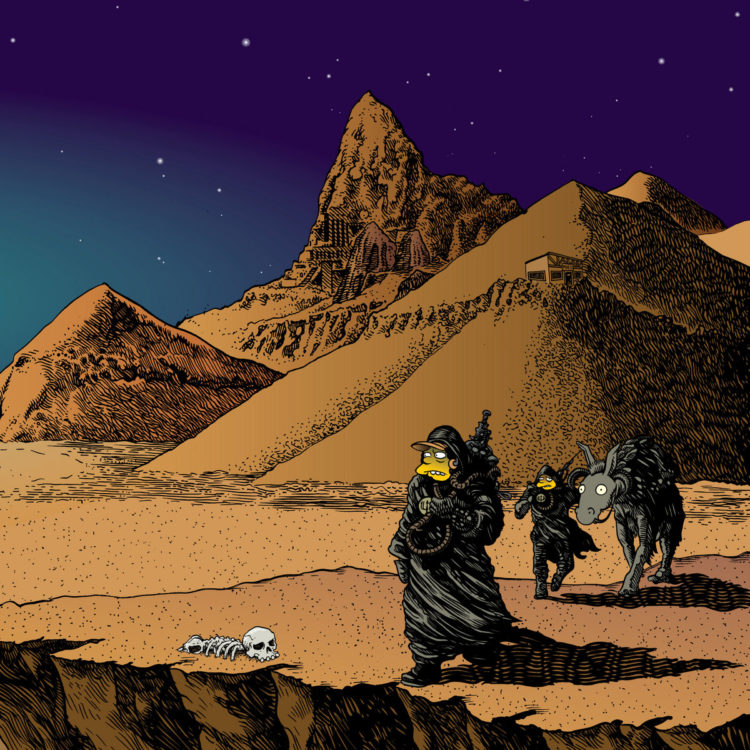 If you're a fan of classic Simpsons and doom, you're a very specific type of dork, but you're in luck this week. Dr. Colossus has released their brilliantly titled album I'm a Stupid Moron With an Ugly Face and A Big Butt and my Butt Smells and I Like to Kiss My Own Butt which is full of references to my favorite family. The riffs are tastier than a steamed ham fresh from the oven, despite the fact that they are clearly grilled.

Eleven years ago The Devil Wears Prada dropped the Zombie EP which has remained a fan favorite, and now they're back in that world with ZII. The story is still zombie-based, but was inspired by the covid-19 pandemic. So that sounds like some fun whatever the opposite of escapism is. Max has a full review here.

Jess & The Ancient Ones – Vertigo

Some of you dorks get really pissy when I cover stoner/psychedelic bands for some reason, and you should probably keep moving. For the rest of us the latest Jess & The Ancient Ones is a fun, trippy, rock n roll record. If you're a fan of Purson or the OG stuff like Jefferson Airplane or Janis, you'll probably love Vertigo.

Last march Till Lindemann and pals descended on Moscow to play for a rowdy crowd who didn't realize it was probably their last show for a while. This is a record of that evening, and what a spectacle that evening was. Shots of the band playing in ghostly white outfits are juxtaposed with the wild backdrop images for something that feels closer to a series of music videos rather than a live set. If you're a fan of Lindemann or someone looking to see what Till's non-Rammstein output is like, this is a good representation of this band.

I appreciate a covers record and on A Better Dystopia these stoner legends are going DEEP covering some psychedelic deep cuts. The band cover Hawkwaind, The Macabre, Dust, Poo-Bah and many others. If you're not familiar with these artists, you can either use this as your introduction to a whole new world of psych rock, or just pretend these are Monster Magnet tracks, because they definitely put their sound on these.

Mothman and The Thunderbirds – Into The Hollow

Between stuff like the Sasquach documentary and Godzilla Vs Kong, I feel like we're in a resurgence of cryptozoology and fun conspiracy theories (and the weird scary ones too, but lets not focus on those). This is a concept album centered around Mothman has he encounters other beasts and worlds to prevent disaster. Musically this sounds like old-Mastodon, CKY, and more as each song focuses on it's own character and has its own vibe. Very cool, and very weird album.

On their debut album, Vexed (UK) are real pissed and they're dabbling in deathcore, grooves, some nu metal, and more to get that rage out. If you're a fan of low, chunky riffs paired with dissonant flurries and soaring choruses, then let this slam into your ears.

I'll be honest, this is not the Vulture I was expecting (there have been a baffling number of bands called Vulture), but I'm glad I followed through on checking them out. This is a record for fans of 80's thrash and speed metal. You're getting equal parts Annihilator, Mercyful Fate, Riot, and even though they're newer, 3 Inches of Blood. When you play this all your clothing will transform to denim and leather, and if you're already wearing denim and leather you'll grow a mustache. Don't even ask what happens if you already have a mustache…

Wrapping this week with some noisy heaviness. On their first full album in seven years, this trio is all kinds of mad. The Lurch is an unrelenting bludgeoning via energetic sludge.