THE WEEKLY INJECTION: New Releases From DARKTHRONE, DEVIN TOWNSEND, and More Out Today - 6/25 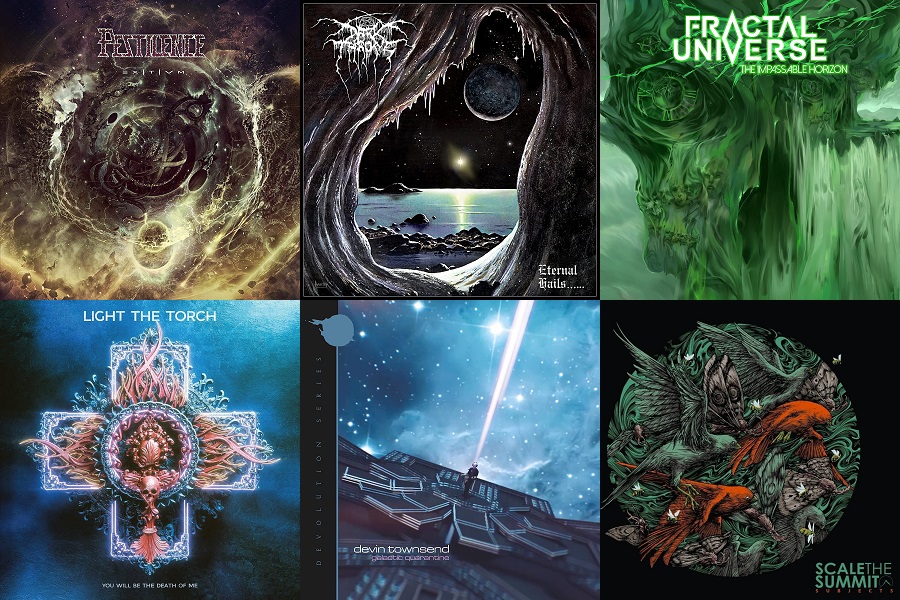 This week’s new heavy metal releases include some archival live releases, desert hypnotism, technical flurries, and more! To the metals…

If you're in the mood for some grim heavy metal, then Fenriz and Nocturno Culto have you covered on Eternal Hails…….  On this you're getting five seemly Sabbath inspired, blackened rock tracks. The little I've heard toes the doom line, which is a pretty fun territory to hear them in.

On their first in the Lost Not Forgotten Archives series Dream Theater are putting out their 2017 Budokan performance of the album Images And Words. The run saw the band celebrating the album's twenty-fifth anniversary and tracks like "Learning To Live," "Pull Me Under," and "Under A Glass Moon" still sounded as great as ever. This whole series which sees the band dipping into their Ytsejam Records "bootleg" collection seems especially cool for vinyl fans since this is the first time these are getting pressed on wax.

Fractal Universe's third record sees the band turning everything that makes them great WAY up. This is super technical while remaining quite catchy. If you're a fan of bands like Obscura, Last Chance To Reason, The Faceless, and/or Gorod and you've been sleeping on this band, rectify that now. Then if you're still not convinced, would it change your mind if I said there is also some saxophone shredding on this?

Lacuna Coil – Live From The Apocalypse

Last September Lacuna Coil put out a streamed concert event called Live From The Apocalypse, and this is that set. This gave the band a chance to play their Black Anima album in full, and many of these songs were played for the first time. The video is a hell of a spectacle, yet since it was recorded in 2020 it serves as an eerie time capsule since there is no audience.

Light The Torch – You Will Be The Death Of Me

On their second album as Light The Torch, and fourth overall, Howard and the fellas are more experimental, more melodic, and lyrically more revealing than ever before. In a move I was not expecting this also includes a cover of Terence Trent D’Arby's hit "Sign Your Name." Their cover doesn't include any "shooby doo wah" lyrics from Jones, but it (and the rest of the record) includes stellar drums from stick-wizard Alex Rudinger.

Since the last Pestilence record Patrick Mameli has recruited an entirely new crew of folks to make technical death metal noise with him. He welcomes Joost van der Graaf from Cypher on bass, guitarist Rutger van Noordenburg from Bleeding Gods, and ex-God Dethroned drummer Michiel van der Plicht for this one. All these guys have "van" in their name. I wonder if that was a requirement. Anyway, fans of fast, aggressive metal with breakneck turns or this band's prior thirty-five years of on-again off-again existence will dig this.

Buy now from Scale The Summit

On the band's first album in four years Chris Letchford worked with vocalists for the first time. Voices include Ross Jennings from Haken, Courtney LaPlante from Spiritbox, Mike Semesky from Interloper, and more. Fan of the band's past output should not fear that this outfit has strayed too far though. The vocals are a nice touch, but some versions of the record include instrumental mixes and they still sound like quality Scale The Summit jams on their own. In fact, the instrumental versions even have some guests that the vocal versions don't which is pretty neat.

This one is pretty snazzy for fans of the desert rock scene. This sees the reunion of ex-Kyuss members Brant Bjork and Nick Oliveri who have teamed up with drummer Ryan Güt for some fuzzy, kinda punk, but very chill jams. Like Kyuss, this album includes repetitive riffs that hypnotizes listeners and transport them to a smoky, dry landscape.

Tamás Kátai is already back with more Thy Catafalque following last year's stellar Naiv. Like every TC album there are once again no rules. This one has moments of black metal, post-rock, folk, groove metal, electronic music, and that was all just on the track "Móló."

Wrapping this week with one of the cooler livestream things I've seen in all this. Last year Devin Townsend stitched together a live performance with the help of Wes Hauch (Alluvial), 66Samus, and Liam Wilson (Azusa). The set was supposed to stand in for the Empath Vol. 2 run he was planning for European festivals in 2020. Vol 2 was (is?) the heavy live experience so this has tracks like "By Your Command," "Juular," and a bunch of Strapping Young Lad tracks that haven't been played in a long, long time. A must have for Devheads. 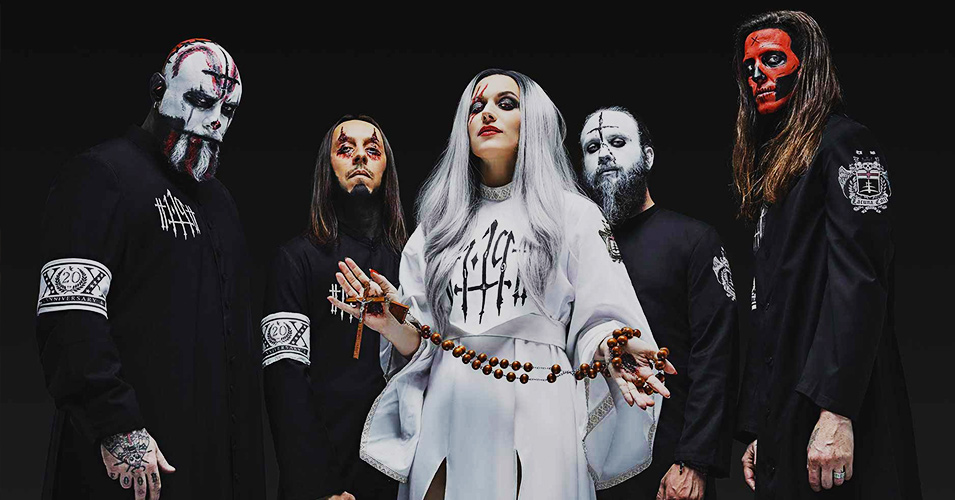