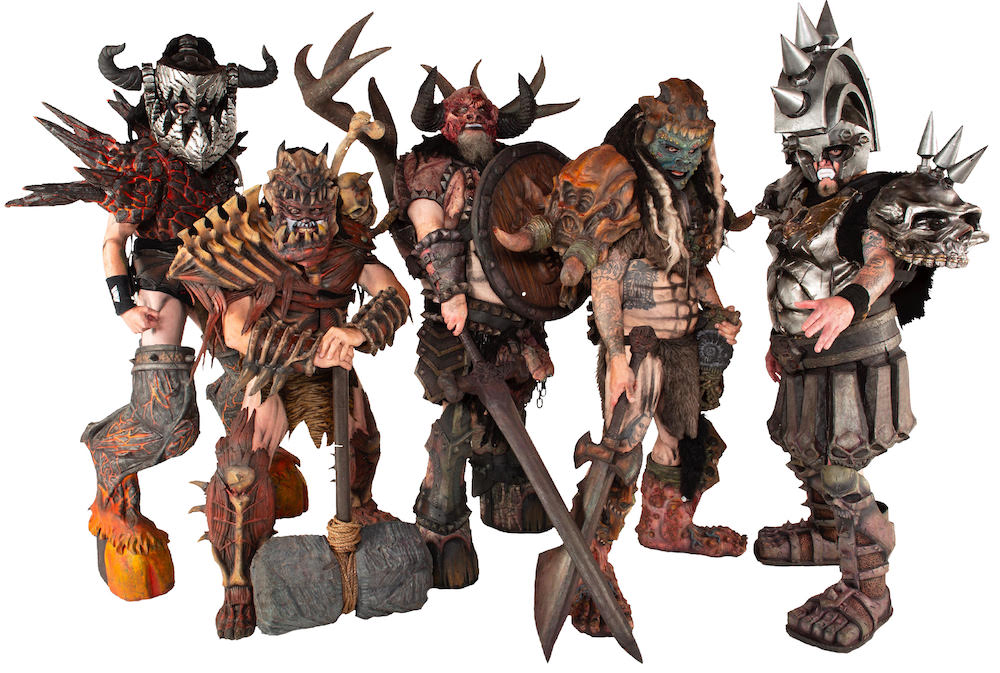 Gwar will release their first new album in five years The New Dark Ages on June 3. While we haven't heard any music from the record just yet, vocalist Michael "Berserker Blóthar" Bishop has revealed in an interview with No Fuckin' Regrets that the new stuff will be more like the band's early '90s material. Which isn't too surprising given that Bishop played bass as Beefcake the Mighty for the band between 1987 and 1993, and then again between 1998 and 1999.

"This one has a lot of variety on it that actually I think is more like the records we did in the '90s, in the early '90s. Partly that's because I'm playing bass on it, so it's just got a different sound. The songs are… I think it's just maybe a little more punk than the last record. It's fun. I love it."

Bishop also touched on the new Gwar comic Gwar In The Duoverse Of Absurdity, whose plot deals with Gwar being "sucked off into an alternate universe to do battle with their evil twins and the specter of rogue technology." Bishop said the alternate universe Gwar is a country band, which got him thinking – what if Gwar made some country music?

"That [alternate universe] Gwar is a country band. So I've been like, thinking about… I'm working on some country tunes just to have. I think it would be funny to do an EP of Gwar doing some country songs. I don't know what it's gonna be like, but it's been fun to mess around with and think about."

Bishop previously described the album as such.