GHOST's Next Album To Feature Papa Emeritus IV on Vocals 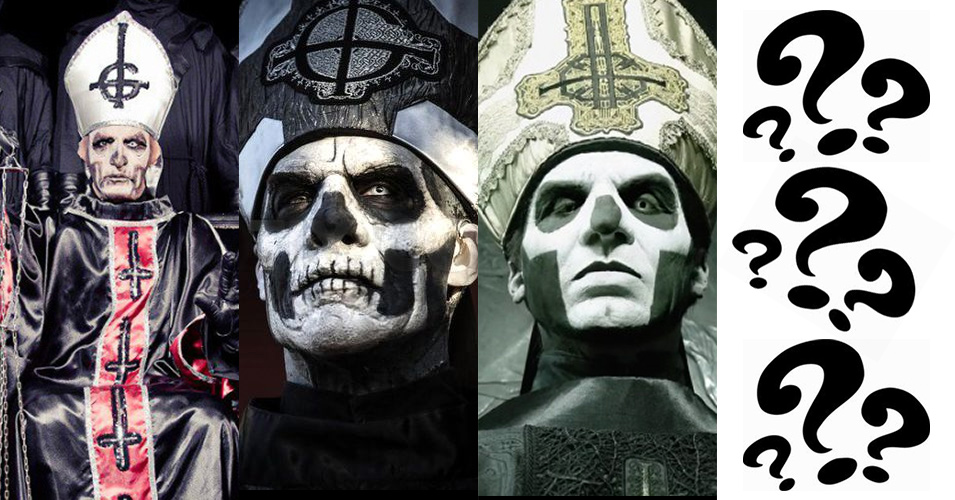 While this most recent Ghost album cycle saw the introduction of Cardinal Copia, it looks like the next album, due out in 2021, will feature the return of the Papa – Papa Emeritus IV to be exact.

Mastermind Tobias Forge revealed the news in a new interview with Kerrang!:

“I just know that [the singer on the next Ghost album] will have the name Papa Emeritus IV. It will be the fourth Papa Emeritus. But who that is, we don’t know yet.”

Will it come to pass? Forge also spoke to Kerrang! about the inspiration for the new album:

“I look at many fifth albums as a guide as to the urgency for what that record will need to be, with [Iron Maiden’s] ‘Powerslave’ being a great example. By the fifth album you’re at a point in your career where you have this momentum built up, and you have the expectancy of people depending on you, so you have to put something special in those many spotlights.”

I am ready for Ghost's version of Powerslave. It's funny because if you've seen the recent Maiden Legacy of the Beast tour, there is one set that looks straight out of a Ghost live show. It's great to see two great acts finding inspiration in one another.

Ghost will be keeping a low profile in 2020, with only one show scheduled, but you still have a chance to see them! Ghost is doing a massive headlining tour all month long. Dates below: