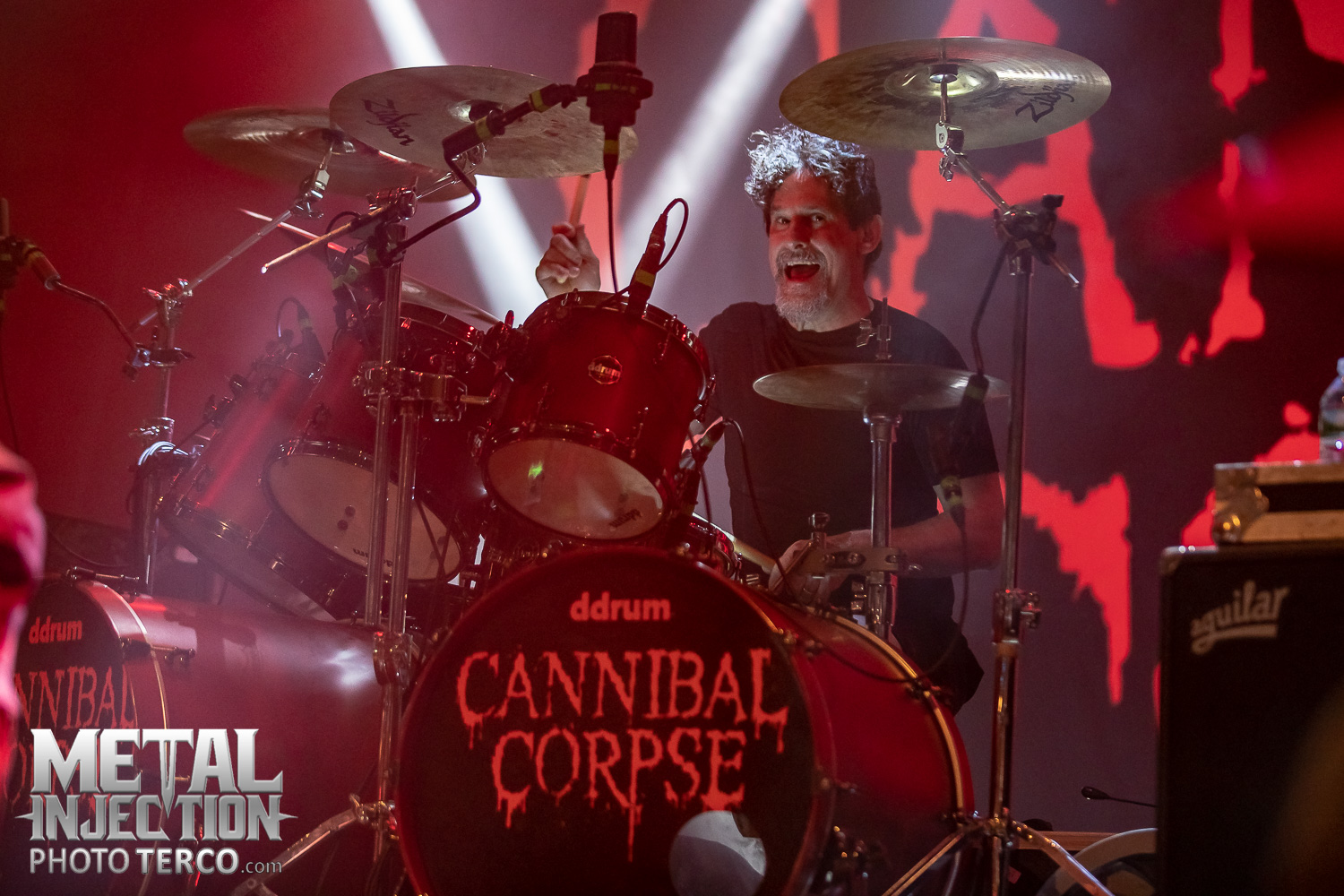 "It's tough. I think it was my most intense drumming performance physically, and then mentally as well — it's not getting any easier in that way; some pretty crazy stuff to have to learn here. But it's just really about doing the daily things that you've been doing for years. Obviously, we're getting older, so it's not gonna come as natural, like when you were younger, with having the adrenaline and just that natural energy that you've got when you're 20 and 30 years old or what have you.

"So it was just a lot more practice, really — a lot more practice, a lot more pushing, a lot more extra work in working out a little bit, some more exercises and stuff, and, really, just trying to do all those basic things. And then what I've been doing for years anyway — try to eat right, try to eat as well as you can, get your rest, drink a lot of water; just the stuff you should be doing in general to stay healthy and fit and what have you. But, really, it comes down to just having to work more at it — put in the extra hours, put in the extra minutes, whatever it takes, because it's not getting any easier."

Violence Unimagined is available for pre-order here. The album is the band's first to feature guitarist Erik Rutan (Hate Eternal, ex-Morbid Angel). Rutan wrote three songs and lyrics front to back for the new album, though his role in Cannibal Corpse won't affect Hate Eternal.