Erik Rutan Played "A Lot of the Guitar Work, Solos" For New CANNIBAL CORPSE Album, According to Drummer 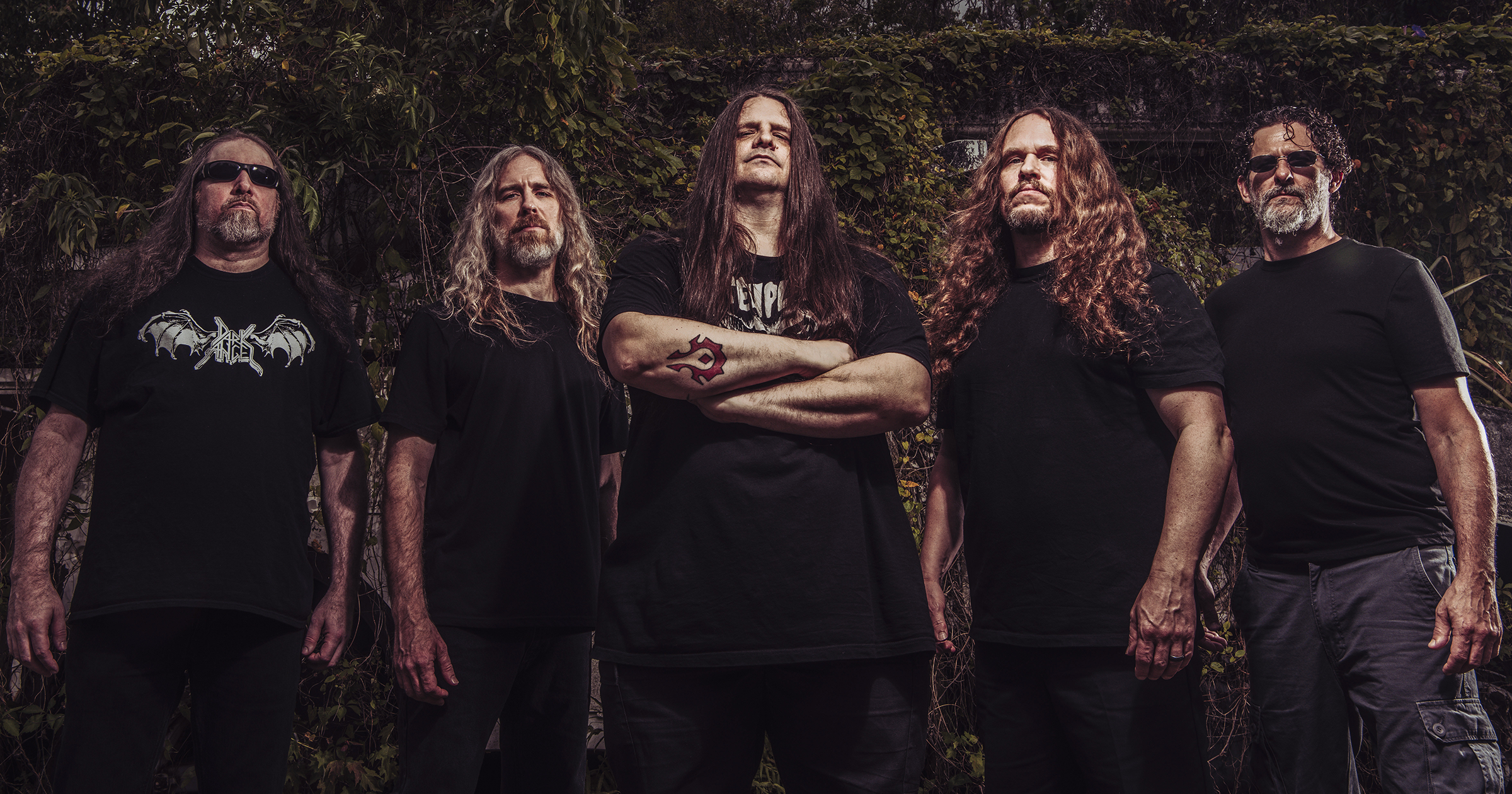 When Cannibal Corpse officially announced that Erik Rutan was in the group, they noted that he wrote three of the songs on the album. In a new interview with drummer Paul Mazurkiewicz, we get a better sense of just how much of a contribution Rutan made to the record.

Paul told Randy MetalWulf "It's great having Erik, of course, in the band. And he contributed, of course, right off the bat, wrote three songs on the new record, and actually wrote lyrics as well, which was cool. Obviously, we've worked with him for years — what, this is our fifth CD now, I think, or something, working with him. And we've been friends with him a long time and all that. And he's obviously a staple in the death metal community — well respected, well known, a great guitar player, a great guy, a hard worker; everything. So it was cool to have him working alongside us."

He continued "Obviously, he's always done the producing, or most of it, or a lot of it, but for him to be a part of the band now and contribute musically and play all the tracks on the album, a lot of the guitar work, solos and what have you, and, like I said, writing songs… So it's been awesome having Erik. It's been huge, and it's been a lot of fun."

Previously, bassist Alex Webster offered this comment on the addition of Rutan. “I think the most noticeable difference on this record will be the addition of Erik to the band. He wrote three full songs for the record, music and lyrics, and his song writing and guitar playing have added something new, and I think his musical style integrated into ours very well.”

When Rutan publicly announced he was joining the band, he noted "Anyone that knows me knows that I will give everything I have to being the best I can be with CC. For the new album Violence Unimagined I contributed and wrote 3 songs of music and lyrics as well as playing guitar, producing and mixing it at Mana Recording. I am very very proud of what we achieved together. I have been sitting here today reflecting on my life and career and the journey to get here. 30 years ago I was recording my first album with Ripping Corpse at 19 years of age, then onto Morbid Angel, then starting and continuing with Hate Eternal and Mana Recording and now Cannibal Corpse." Rutan also vowed to continue Hate Eternal.

Rutan has previous produced four Corpse records, (Kill, Evisceration Plague, Torture, Red Before Black). He replaces Pat O'Brien, who is currently facing charges of burglary of an occupied dwelling with assault and aggravated assault of a law enforcement officer.