BLOODSOAKED to Release <em>The Death of Hope</em> in July

Bringing back the sadistic deeds and grotesque memories is Bloodsoaked, set to release their follow-up studio album – The Death of Hope – this coming July. Based out of the depths of North Carolina, this self-professed "one man killing machine" (spear-headed by increasingly revered Peter Hasselbrack) has begun to trickle new material to surface with recent track postings.

It was with Brutally Butchered that Bloodsoaked ruthlessly carved a name for itself in the metal underground, gaining such instant momentum that they were quickly taken under the wing of Comatose Records. Since their entry into this label (no small name in the field of modern, DM brutality), the band has since toured from the reaches of Europe to mid-India, opening for such death metal icons as Dying Fetus, Suffocation, Skinless, and Incantation. Adding to the all-star résumé of live-shows is their recent confirmation for this year's installment of Germany-held Death Fest Open Air, in which they will play alongside Gorguts, Vader, Grave, Pestilence, Misery Index, Vomitory,, and Krisiun, among many others.

All in all, Bloodsoaked is a breathing testament to the ability of the one-man metal band to transcend the record sales and continental reaches of the archetypal metal "solo project." Emerging still as a source of "purely old-school, no frills, straight forward, skull crushing death Metal," Hasselbrack has guaranteed all loyal devotees metal devoid of "'slam till you can't slam no more breakdowns,'" pig squeals, arpeggios," and any of the filler metal nonsense you may, in today's scene, find (spilling outta your right ear). That said, if you're craving some classic death metal, in the "modern" scene, you can get your fill with some recently posted Bloodsoaked tracks ("Infestation" Posted Below).

In this article: bloodsoaked, comatose records 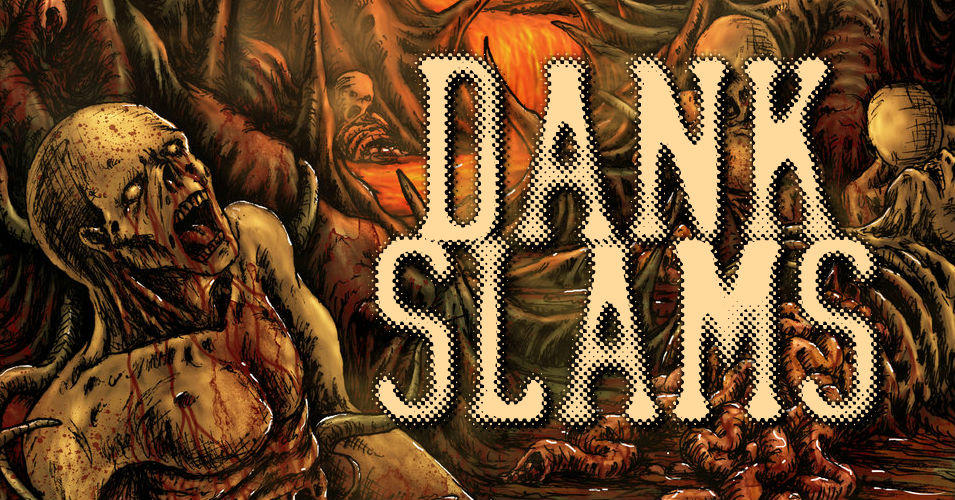 Slam. The skank. The dank. The skanky danky dank. Call it whatever you want. All we do is report it. Anyway, this shit has...